How the pandemic inspired actor Kabir Bedi to introspect on life, and reveal his times 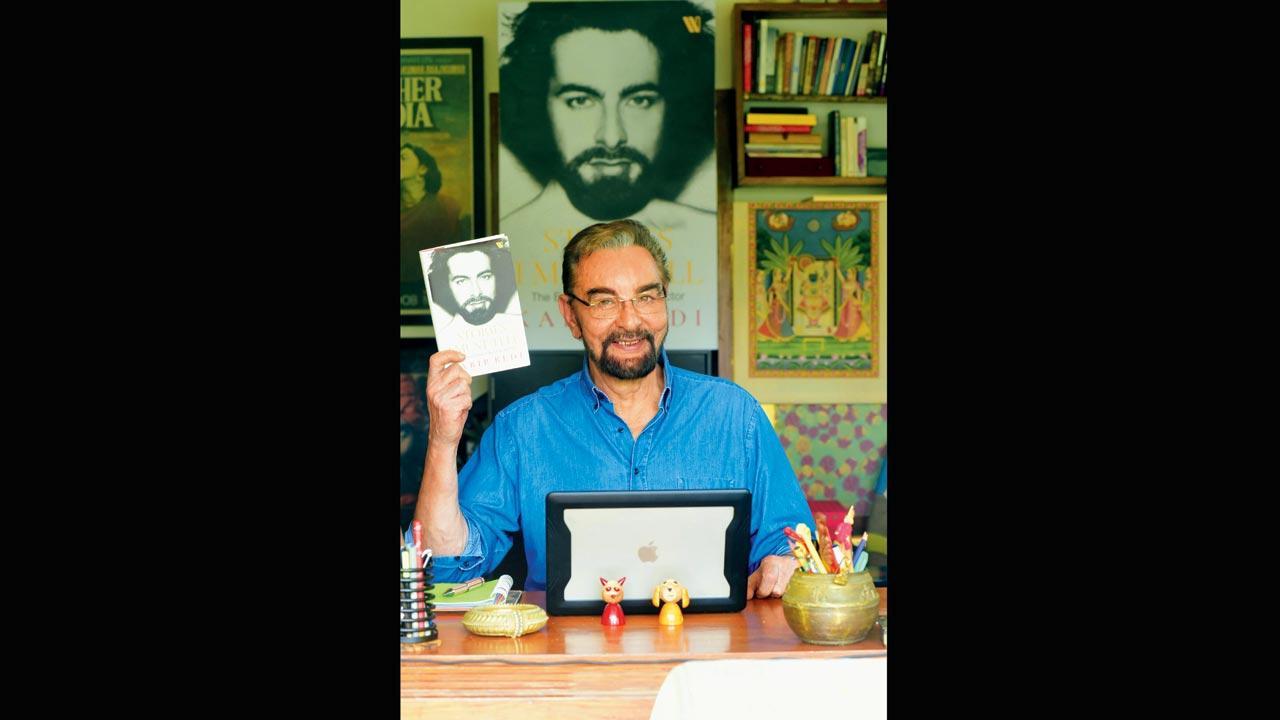 Kabir Bedi with his memoir


Kabir Bedi, 75
After several false starts with his memoir, the actor began writing anew in March 2020. By the second lockdown in April 2021,  Stories I Must Tell was out in stores

While everyone in a certain sense is a writer, the act of doing it consistently for work involves merely two things, the late Khushwant Singh told a young Kabir Bedi once: a) put your phone away; b) commit to a block of time.

Over the past decade, Bedi, 75, had been meaning to write his memoir, with several false starts — discarding fully written chapters, to the idea itself, mainly because he was struggling with a narrative structure — “couldn’t do a boring, linear form.”

It was only once the pandemic-induced lockdown began in March, 2020 that he could firstly follow the veteran Singh’s writing rules. That is, waking up with a cup of tea, before the crack of dawn, and remaining planted to his seat, until 10 am — lightly working on the manuscript during the day, and keeping evenings free.
Bedi’s wife Parveen Dusanj ensured he was left alone to his marathon: “Many demands on a celebrity’s life were reduced anyway.” Bedi was ready with his first draft in six months flat. And the book, Stories I Must Tell, was out in stores, by the second lockdown itself (April, 2021). Publication usually takes longer.

Being confined indoors, bereft of social and professional engagements, might anyway inspire introspection on life — in Bedi’s case, three-quarters of a century gone by, “a life of both extreme success, and adversity.” What helped him from wandering into multiple directions is the discovery of how he wanted to tell this story. By compressing them into a series of anecdotal, short stories/chapters — that play out almost like screenplay, with setting, dialogue, and conflict. The resultant, racy book starts off with Bedi interviewing John Lennon, Paul McCartney, George Harrison, and Ringo Starr at the peak of Beatlemania, when he chanced upon them as a reporter for All India Radio in Delhi. But, AIR, didn’t give the interview any play so he moved to Bombay to try his luck in advertising.

What follows is a cast of compelling characters, in no particular order — from Mahatma Gandhi to Rajiv Gandhi, Gina Lollobrigida, Fellini, to Omar Sharif. Countless other stalwarts, fictional included (Sandokan, James Bond). All associated with Bedi by a degree of separation. Most of all, Bombay’s ‘Juhu Gang’ in the swinging ’60s — one of whom, actor Parveen Babi, became his long-time partner.

Bedi’s writing desk faces the palm trees from the same Juhu building, Beach House, where he lived, before moving to pursue an acting career abroad (Hollywood, thereafter London) in the ’80s: “I always knew I’d come back to India some day.” The book in a sense is also his life
coming full circle.

What did he find most joyous about writing it? “Reliving [his freedom fighter] parents’ lives [for the book].” Bedi is paternally the direct descendant of Guru Nanak, founder of Sikhism. His father, Baba Bedi, was a communist, who became a new-age guru in Italy. His British born, Gandhian mother, Freda Bedi, rose to become
the world’s highest ranked Buddhist nun.

It helped, Bedi says, that there are three books on Freda (by Andrew Whitehead, Vicki Mackenzie and Norma Levine). Likewise, his first wife, danseuse Protima Bedi, had written her autobiography — “although from her PoV; my story is as I saw it.” It’s the chapter on the death by suicide of his son, Siddharth, “that involved reopening wounds that had turned into scars.”

Perhaps cathartic, too.  Also, given darkness simultaneously setting into the world outside. The book is subtitled: The Emotional Life of an Actor. Bedi texts back later, “The [Khushwant Singh] routine I set for myself as a writer, during the pandemic, [really] helped me to cope with it.”