Neha Dhupia, who is currently expecting her second child, recently hit the gym to work out 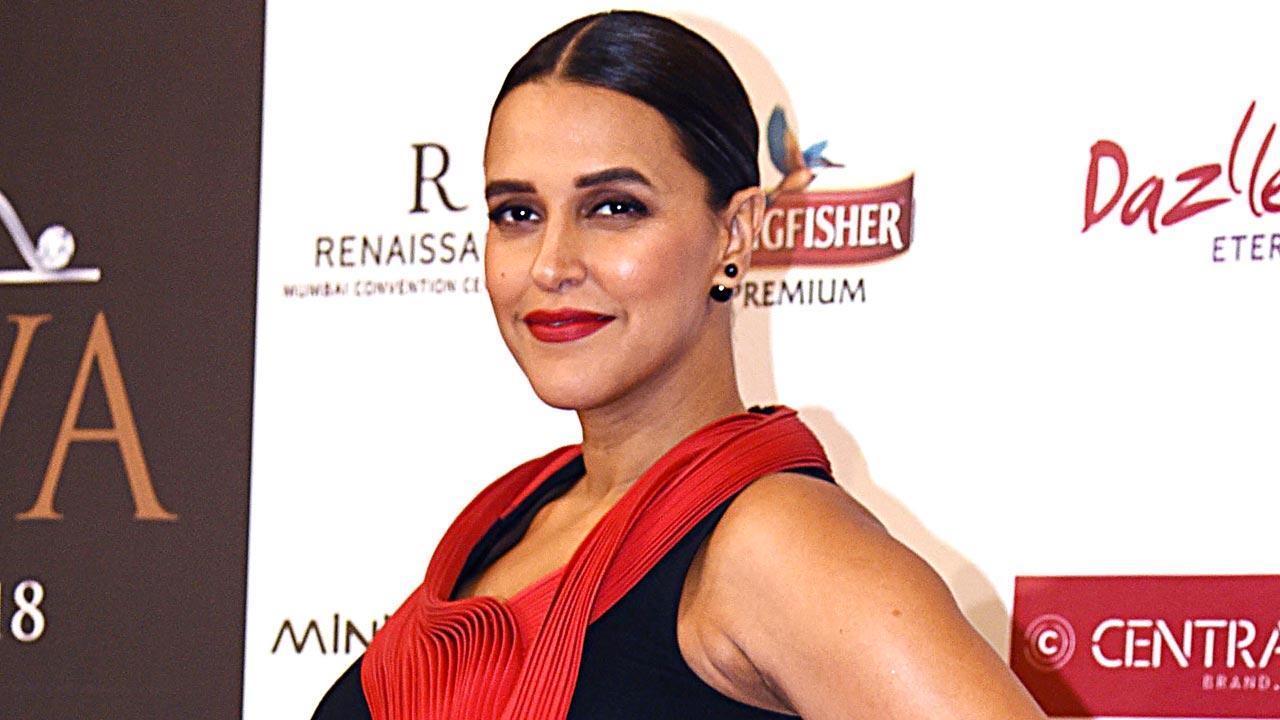 
Neha Dhupia and Angad Bedi revealed that the power couple is expecting a second baby on social media. Ever since the duo announced the pregnancy, Neha and Angad have been receiving hearty wishes from their friends and followers alike. The announcement post was filled with love and warmth. Dressed in back outfits, Neha Dhupia is seen caressing her baby bump, while Angad flashed a million-dollar smile by holding baby Mehr in the photo. Holding her baby bump in the picture, the actress captioned the image as: "Took us 2 days to come with a caption. The best one we could think of was, Thank you, God. #wahegurumehrkare. [sic]"

Neha Dhupia, who is currently expecting her second child, recently hit the gym to work out. Taking to Instagram, Neha's husband and actor Angad Bedi shared a glimpse of the former's workout session with her trainer. "Mom to be," Angad captioned the clip. "Inspiring," a user commented. "How cool," another one wrote. A few days ago, Neha and Angad announced that they are all set to embrace parenthood.

Speaking about Neha Dhupia's professional journey, over the years, the actress has films like Qayamat, Julie, Ek Chalis Ki Last Local, Mithya, Phas Gaye Re Obama, De Dana Dan, and Tumhari Sulu. Now, Neha will be next seen in Vidyut Jammwal-starrer 'Sanak', directed by Kanishk Varma and produced by Shah along with Zee Studios. The film also stars Chandan Roy Sanyal in a major role.

On the personal front, Angad and Neha are parents to two-year-old Mehr Dhupia Bedi. The couple tied the knot in a hush-hush ceremony back in 2018 in Delhi.