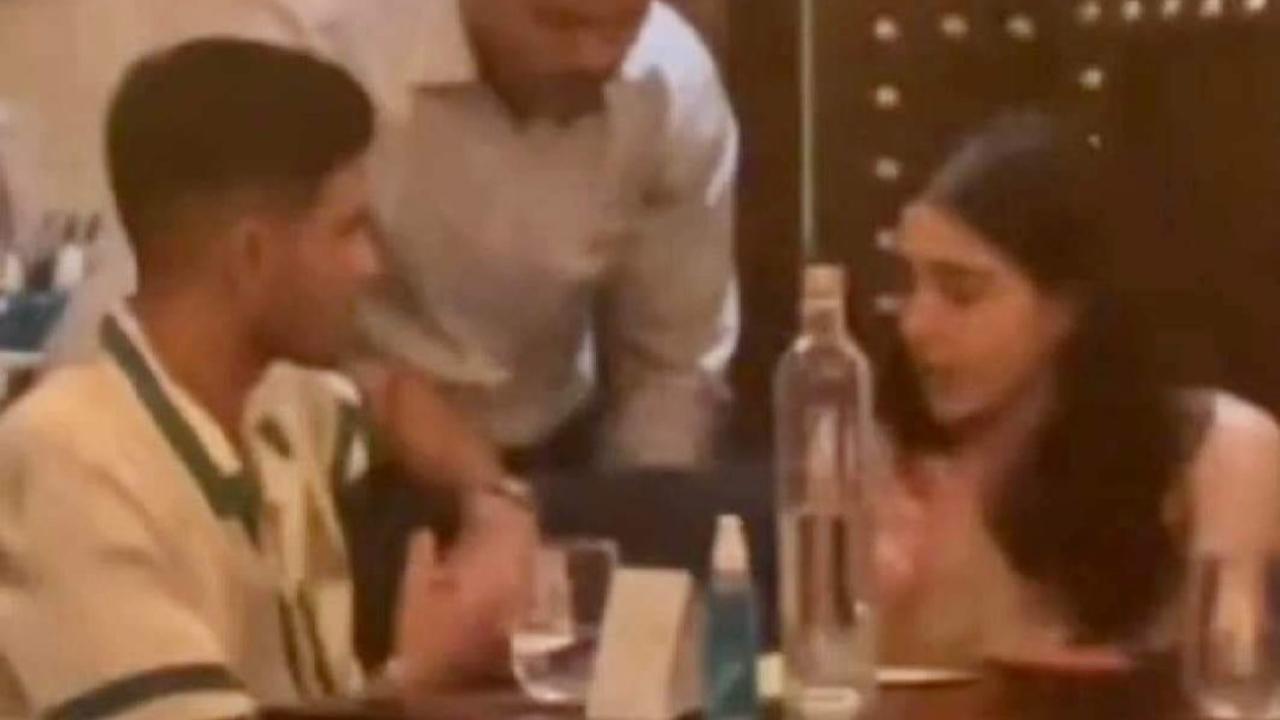 
Actress Sara Ali Khan and cricketer Shubman Gill took over top trends on Twitter on Tuesday morning after a picture of them having dinner together at a reaturant went viral. For quite some time it was rumoured that the young cricketer is dating Sachin Tendulkar's daughter Sara Tendulkar. The two have never denied or accepted the reports. But now it seems like it has been a different Sara altogether.

A blurry picture clicked from a distance of Sara and Shubham interacting with a waiter at a restaurant soon went viral on social media. Owing to their popularity, Sara Ali Khan and Shubman Gill were instantly recognized by fans on the Internet despite the blurry image. Check out some of the reactions by netizens who were totally blown away by seeing them together.

For the unversed, Sara Ali Khan is a Hindi film actress who made her acting debut in 2018 with the film 'Kedarnath', followed by 'Simmba'. She was last seen in the film 'Atrangi Re' directed by Aanand L Rai. The film also stars Akshay Kumar and Dhanush. She is also the daughter of actors Saif Ali Khan and Amrita Singh. Shubman Gill, on the other, is a young cricketer part of the national cricket team.

Also Read: Sara Ali Khan to start shooting for her third project of the year; details inside

Sara was earlier linked with the late Sushant Singh Rajput and Kartik Aaryan. She had broken up with Kartik after the release of their film 'Love Aaj Kal' in 2020. During her recent appearance on Koffee With Karan, a popular chat show hosted by Karan Johar, Sara expressed that she has a crush on actor Vijay Deverakonda.

Next Story : Akshay Kumar is appreciative, he knows what to say: Cuttputlli co-star Sargun Mehta