Birthday Special: From Jack Sparrow to Willy Wonka; the many faces of Johnny Depp

From Captain Jack Sparrow to Willy Wonka, the myriad of faces have only one thing in common - Johnny Depp. As Hollywood's chameleon turns 59 today, we look back at the times he experimented with his looks to fit into the shoes of his characters 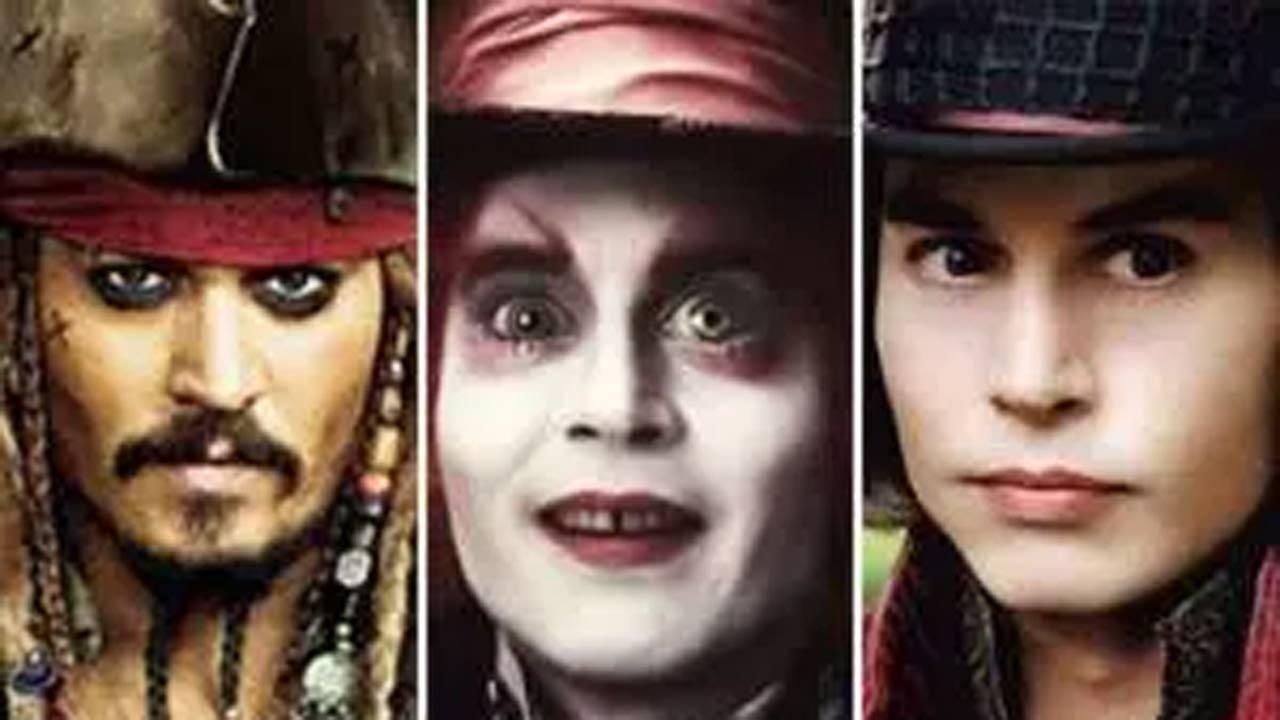 From Jack Sparrow to Willy Wonka: The many faces of Johnny Depp


To be versatile is a skill. To adopt a different look and live the character is Johnny Depp. From Captain Jack Sparrow to Willy Wonka, the myriad of faces have only one thing in common - Johnny Depp.

As Hollywood's chameleon turns 59 today, we look back at the times he experimented with his looks to fit into the shoes of his characters.

There's only one reason why 'Pirates of the Caribbean' is one of the most popular film franchises. Johnny Depp! Despite his braided hair, shabby wardrobe and scruffy look, he turned out to be everyone's favourite and made his character, Captain Jack Sparrow, a memorable one. He earned 2 Golden Globe nominations and 1 Oscar nomination for his role in Pirates of the Caribbean films. The most recent film from the series was released in 2017 titled Dead Men Tell No Tales.

Johnny Depp plays the titular role of Edward Scissorhands in this romantic dark fantasy directed by Tim Burton. The film depicts the story of an artificial man named Edward, an unfinished creation, who has scissors for hands. Edward is taken in by a family and he ends up falling in love with their teenage daughter portrayed by Winona Ryder. Johnny Depp earned a Golden Globe nomination for his melancholic performance.

Johnny Depp plays Tarrant Hightopp, The Mad Hatter, in this movie based on English author Lewis Carroll's 1865 fantasy novel 'Alice's Adventures in Wonderland' and its 1871 sequel 'Through the Looking-Glass'. Johnny Depp brings out a human side to the strangeness of the character that the Mad Hatter is.

Johnny Depp delivers a horrifying performance as a barber who murders his customers out of vengeance. He took singing lessons to prepare for his role in 'Sweeney Todd: The Demon Barber of Fleet Street'. Johnny Depp won the Golden Globe award and earned himself an Oscar nomination for his performance.

Johnny Depp plays Willy Wonka in 'Charlie and the Chocolate Factory', a musical adventure film directed by Tim Burton, based on the 1964 British book of the same name by Roald Dahl. He makes the audience sympathise with him by portraying a reclusive chocolate mogul in search of an heir, friends and family. Johnny earned a Golden Globe nomination for his eccentric performance.

This Gore Verbinski directed western action film, which is based on a radio series of the same name. The film starred Johnny Depp as Tonto, the narrator of the events and Armie Hammer as John Reid, The Lone Ranger. The character wears black-and-white face paint and a deceased crow on his head. According to Depp, the inspiration for the costume was a painting entitled I Am Crow by Kirby Sattler.