Tanuj Chopra on 'Delhi Crime 2': Don’t see the pressure as high as it is 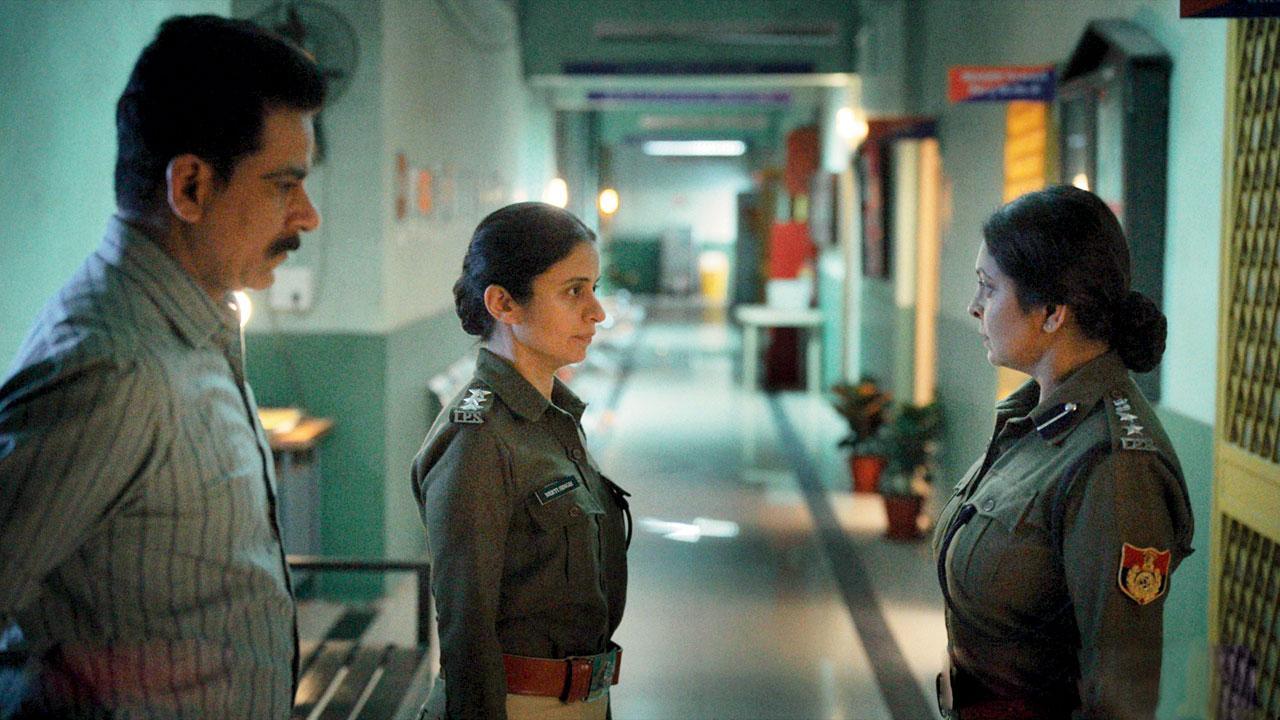 
How do you take forward a show that has won the Best Drama Series at the Emmys? The job comes with a fair amount of pressure. But Silicon Valley-raised Tanuj Chopra, who picked up the baton from Richie Mehta, saw 'Delhi Crime 2' as a definitive next step after having helmed quite a few festival films. The obstacles were all there — the intensive research, the pandemic, and the high expectations. But today, Chopra feels “a sense of pride” on seeing how far the Shefali Shah and Rasika Dugal-starrer has come. In an exclusive conversation with mid-day, he walks us through the process of making the second season of the acclaimed series.

How did Delhi Crime 2 come your way?
After Richie [Mehta] left the show, the producers were looking for a new showrunner-director to take the story and characters forward. The show is a huge hit. It has a specific style, and required a filmmaker with the [right] sensibility. The producers had seen my work over the years [through] film festivals. They asked me if I was interested in coming in and replacing Richie. I watched the show and loved it. It was an opportunity that I had to take up. To work with actors like Shefali, Rasika and Rajesh Tailang is an amazing opportunity.

Walk us through how you got started on the show.
[Netflix’s] brief was that we’ll do a new season and a new crime, but our characters will move forward. This, instead of introducing new characters. Richie had started working on the second season. The first thing I did was to take his notes, see his research and what he had come up with in the case files. After a lot of research, the goal was to give a vision of how the show could be. Then I worked with a team of writers to turn that vision into a script and screenplay.

Was the case chosen prior to you coming on board?
I took his [Mehta’s] case because that was already sold for the season. It was a case that Richie was interested in at that time.

What did your personal research entail?
We went through a lot of police files, spoke with detectives, reporters, SHOs [Station House Officers], and former DCPs. Taking case files and true crimes, and turning them into a show is a tricky thing. The hope is that all the research leads to an emotional truth that you can represent. We had built some goodwill, so people were responsive. They wanted to ensure that things are portrayed as correctly as possible.

Reports stated that Netflix was not happy with the outcome and had requested a reshoot.
Making a show is a difficult thing, sometimes things work and at other times, they don’t. The pandemic broke out in the middle of the shoot. Our production was stopped many times in the last two years. The second wave crushed a lot of things we were doing. Truth is that it has been very difficult to shoot, to work through a pandemic. At Netflix, they always love to hear what we are doing. When we finished our shoot, we had to go back and include a few more pieces. That’s all there is.

What were some of the challenges you personally faced?
How much time do you have? [laughs] Filmmaking is challenging. It has only been challenging from day one. I had to learn a new system, a new show, and its language. Then I had to work with my writers, actors, producers, and the platform. So, there were a lot of opinions to balance. To be able to incorporate everyone’s viewpoints in a way [without hampering] the vision, was tough. You are also exhausted physically, as you spend your days writing, and your nights producing. I was travelling a lot as we scouted locations.

Did you lose the drive amid the delays?
I should have, but I didn’t. I love the show and the actors, and believe in it. People think I am crazy, but things take time. They get better if you approach them slowly. I am well-suited for it.

Do you feel the pressure of making it to the Emmys?
When I started, we didn’t have the Emmy. It happened in the middle of the pandemic. Sometimes, it doesn’t strike me what the show means in India. That is a good thing. I don’t see the pressure as high as it is. I have been a filmmaker for long, and I am proud of my craft. I have a lot of excitement to show how much more the series can be.

Was there any performance that stood out for you?
Shefali Shah is a special actor and a force [to reckon with]. Her performance is strong [because] she is always emotionally present. Rasika Dugal is another dynamite performer who can do anything you ask her to do. Rajesh Tailang is a steady guy, who grounds the show with his presence. He hits the right notes every time, has a great blend of masculinity and softness. Gopal Dutt, Anurag [Arora] and [the cast] are the heartbeat of our show. They found interesting ways to make their characters come to life. [That is true of] all my collaborators — visuals, music, editing. There is immense talent on display.