Darshan Sankhala an entrepreneur working towards being Significant

As a sought-after businessman and personality, Darshan Sankhala was invited at the mid-day Retail Icon 2020 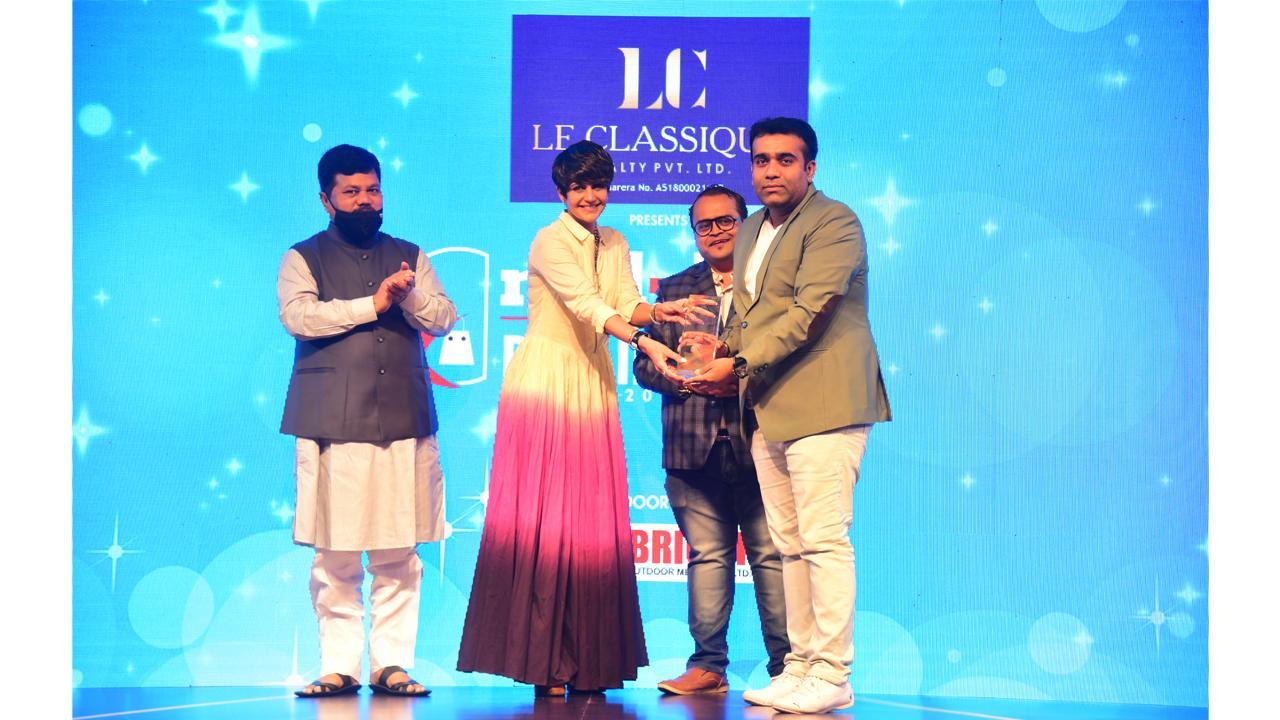 Darshan Sankhala was invited at the mid-day Retail Icon 2020


Darshan Sankhala: Touching the skies in the entrepreneurial world and earning a prominent position as a business personality.

For many individuals today who seek to make it big in the entrepreneurial world, one thing that they always strive to achieve is the respect and the admiration of people. However, we have come across a people's person and an influential business personality who has strived to live for others and work towards making the world a better place. This is why he has also been bestowed with many awards and accolades so far in his successful career; he is none other than Darshan Sankhala, a man of strong values and principles and the one who proudly says that entrepreneurship is in his DNA.

Darshan Sankhala hails from Raipur, Chhattisgarh and ever since he came to know about his innate skills and passion for doing something in the vast business world, this man has never stopped working in his life. It is his compassionate nature, coupled with his mission to bring a better tomorrow for people that have led him towards exponential success and recognition in the entrepreneurial world.

Recently, the talented and astute businessman was invited at the mid-day Retail Icon 2020, held at Grand Hyatt, Kalina, Mumbai on 16th of December, 2020, where he was honoured with an award as well. He received this prestigious award by Pravin Darekar, MLC, leader of Opposition Legislative Council of Maharashtra, Secretary of BJP Maharashtra, and Chairman of Mumbai District Central Co-op. Bank Ltd and Mandira Bedi, a well-known actor and anchor. His work for the people of our country and the different initiatives he works upon for the betterment of people have allowed him to get featured on Mid-day broadsheets as well as in midday.com, along with a photo feature in Mid-day English and Mid-day Gujarati.

Amongst the long list of awards Darshan Sankhala has already achieved, some of them include Mumbai global achiever award by Bollywood actor Vivek Oberoi, the certificate of eminent for multi-talented entrepreneur in India by the CM of Chhattisgarh, Bhupesh Baghel via Dainik Bhasker and from the government of Chhattisgarh, he has also been bestowed with the Entrepreneur of eminence award.

It is entrepreneurship and his unique and innovative startups and works that have helped Darshan Sankhala gain the momentum, respect and admiration that he enjoys today. He is the CEO of Raamapeer industrial corporation since 2014 and from 2017 also is the director of Raamapeer studios. Going forward in his quest to offer something different to people, he originated 'Rest Of Life - Best Of Life' (ROL BOL), a motivational revolution and initiative that helps people around the world to come together, learn from each other, and grow as professionals and individuals.

ROL BOL in itself is a world of its own where it consists of ROL BOL Talks, ROL BOL Clubs and ROL BOL Skills, etc. With the ROL BOL Talks vertical, Darshan Sankhala brings together the stories of success and failures and help people gain inspiration through communicating these stories. ROL BOL Clubs is aimed at bringing people under one roof for exchanging ideas and learning from each other with many ROL BOL chapters that the initiative organizes across cities for helping people in networking as well. And, ROL BOL Skills acts like a golden opportunity for children and others to learn new things and develop newer ideas; it also consists of educational modules that help them realize many of their other hidden talents as well.

His newest venture is 'Spazeden' which has come as the catalyst of change in the vast real estate industry, which is each day advancing towards creating the perfect den or space to people by also fully focusing on innovative and modern-day technology.

There is probably nothing that this talented businessman can't do and hence, has achieved excellence at whatever he touches in life. Whether it is being a businessman, filmmaker, producer, host, motivational speaker, or it is being a reiki expert, certified sound healer or a traveller, Darshan Sankhala proves that the right entrepreneurial mindset and a strong self-belief can turn individuals into an inspirational example to the world