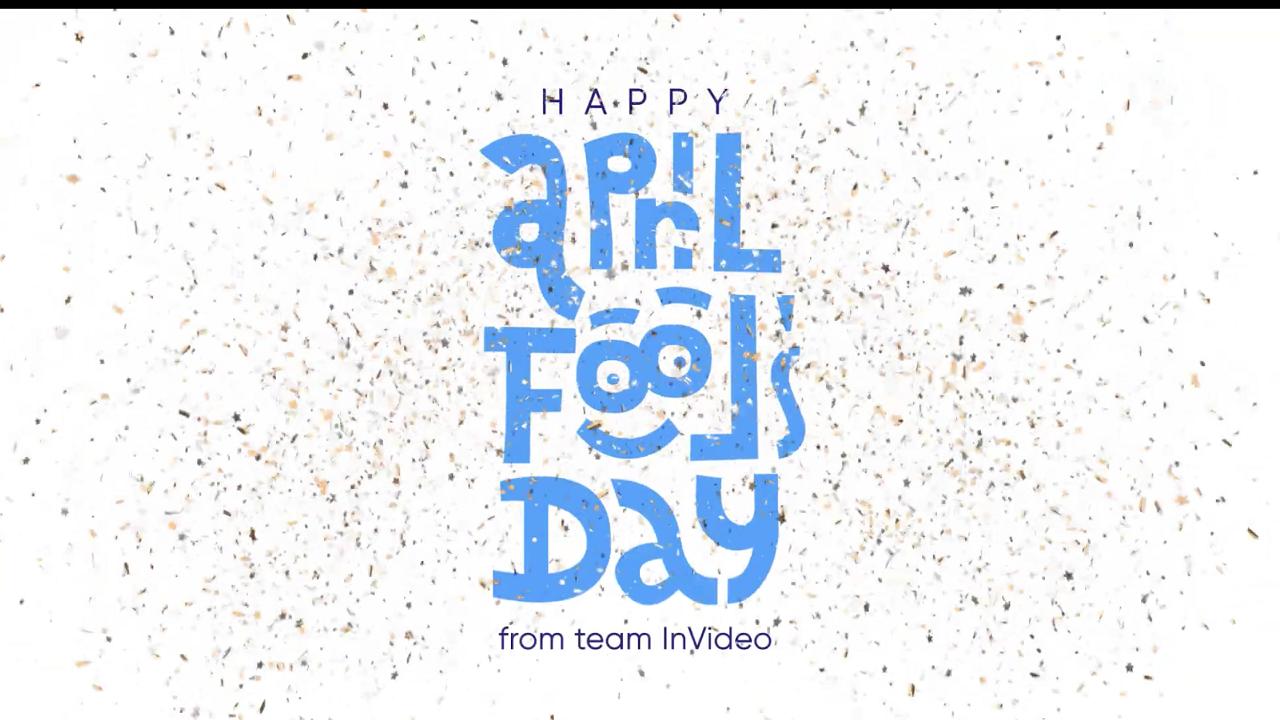 
While, throughout the year brands remain honest with their audience to score credibility, it is this one day, where they get to play a prank on them with some wit and quirk.

Capitalizing on the opportunity, InVideo, the SaaS Company launched yet another whacky campaign for this April Fool’s Day with an innovative concept to engage its audience.

Just a few days before April Fool’s Day, the company carved a plan to make the most out of all its digital properties. It played a prank by announcing a new IVA (Intelligent Video Assistant) feature iva.invideo.io, a voice command video editor assistant which can create videos for users in minutes, without them having to lift a finger.  The company took to its social media platforms and issued a press release as a part of the prank.

InVideo’s creative team made a landing page outlining all the benefits of the AI video maker asking users to sign up in order to get updates and early access to the feature which is set to launch in April. The fun part was when the CEO, Sanket Shah posted a video on his Facebook group of 28000 members, announcing the launch of IVA, just as he has been doing it for every new product launch in the past. And within the matter of one day, it reached 15000 users, generating curiosity.

As soon as the campaign rolled out, people started engaging by adding their comments. One such user, Shasvathi Siva, was thrilled with the thought of never-seen before voice command for a video creating app.  Whereas, other users jumped at the opportunity, and signed-up for IVA subscription.

There were messages and tweets about the launch of IVA.

Taking it a step further, InVideo sent out a newsletter introducing the IVA feature with a ‘call to action’ – so that the existing users can be the first in the queue to get their access, or should we say, get fooled!

In just a matter of two days, the campaign achieved an organic reach of 200,000 users, without any social media posts and ads. The campaign strategically banked on various digital tools such as stories, newsletters, website landing page, and one single tweet!

The entire campaign seemed so real that more than 2500 people subscribed to the waitlist. A little secret, even brand competitors signed up for the early access to know about this fun feature. On 1st April, InVideo provided a link to all its registered users, only to reveal that it was all a practical joke – while a voice assistant does exist, it can’t churn out videos (not as yet at least).

Sanket Shah, CEO of Invideo said, “The idea behind this prank was to make a bold move and entice the audience with something to look forward to. Aside from the entertainment generated by the campaign, we are pleased with the interest shown by the audience, and insightful data it has provided for our learning as a consumer brand. For instance, every 1 in 2 people from our existing customer base who landed on our website, signed up for the IVA feature. This was an excellent marketing tactic with a whole lot of fun!”

With IVA launch prank, InVideo left no stone unturned. To make it sound more believable, the brand fooled by issuing a press announcement which garnered coverage in 400 plus publications, and here’s a peek at what they talked about the “The IVA Launch”

InVideo raised a $15 million Series A from Sequoia Capital India. Tiger Global, Hummingbird, RTP Global and Base also participated in the round that was closed in October 2020.

Furthermore, InVideo is the only company in India, today, with users from as many countries in the world (195+). The company is truly spearheading the growth of prosumer SaaS in India.