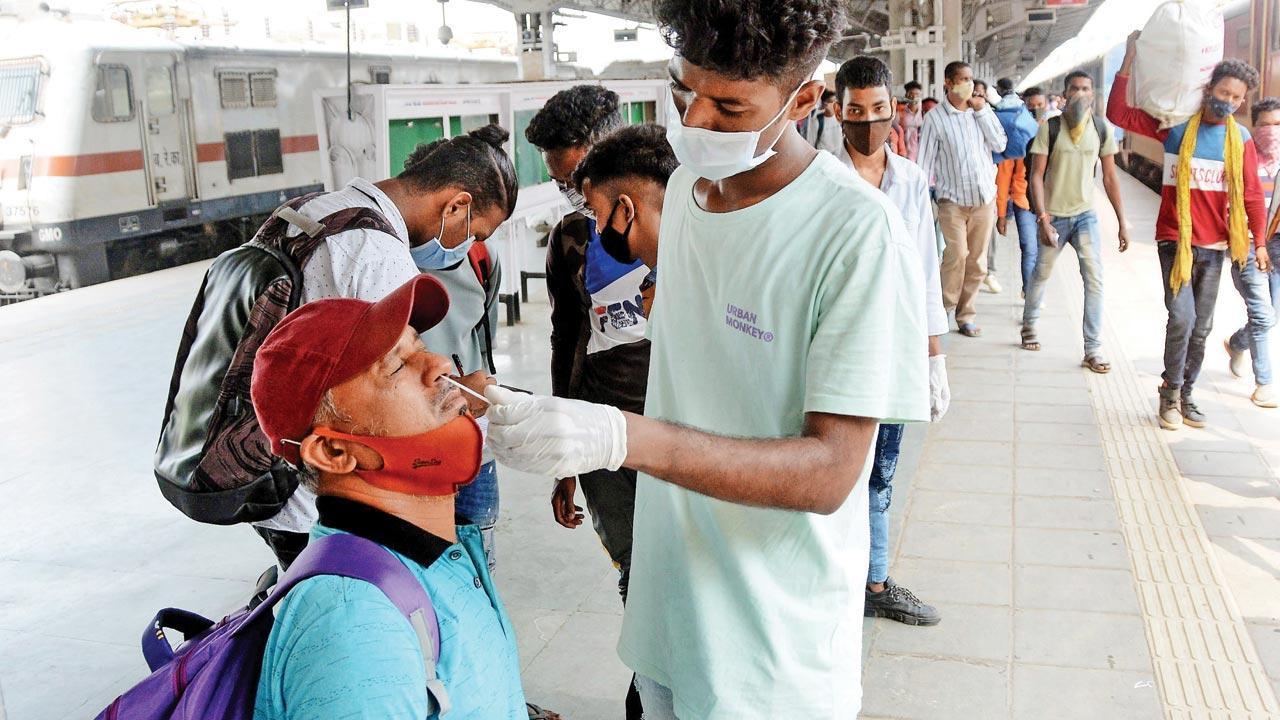 A passenger is tested at LTT on Monday. Pic/Sayyed Sameer Abedi


The daily cases have remained below 1,000 for a while, but Mumbai recorded the lowest COVID-19 case fatality rate (CFR) in the second wave in October. According to data from the Brihanmumbai Municipal Corporation (BMC), the city’s CFR went below 1 and was 0.96% in October. CFR is the total number of deaths in comparison to the total number of cases. 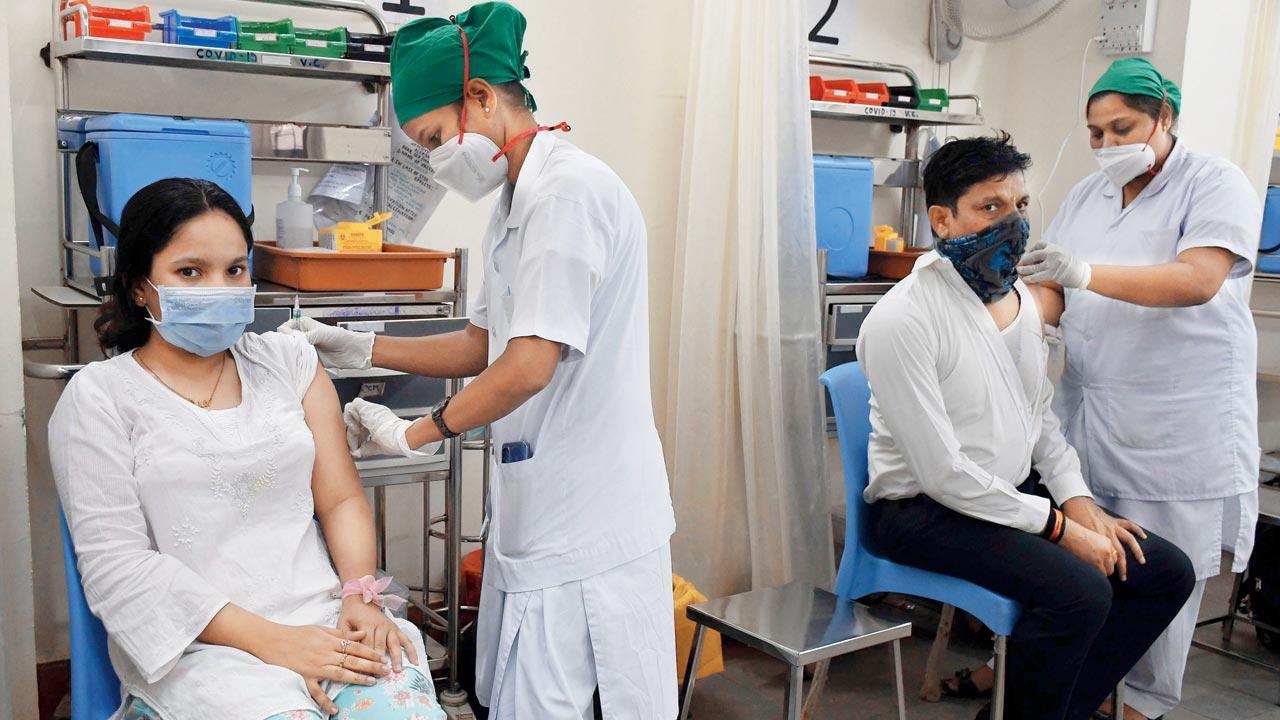 A woman is vaccinated at Nair Hospital on Saturday. Pic/Ashish Raje

Dr Om Shrivastav, an infectious disease expert and a member of the state COVID task force, said, “The low CFR and test positivity rate is reflecting the fact that we are in better control and it is encouraging. The infection appears to be weaning off but we can’t be complacent. The pandemic is not yet over.”
Additional Municipal Commissioner Suresh Kakani said fatalities were being closely monitored.

“After the launch of ‘Mission Save Lives’ with the aim of reducing new cases and deaths in the city, it was the BMC’s nine-point programme to curb COVID-19 fatalities that helped us bring the death rate down,” he said.

Next Story : Mumbai: Number of Covid-19 deaths in October the same as September