Out of the shadow

The play has been written by Saurabh Nayyar and directed by Ghanshyam Lalsa, who's worked with Manav Kaul and Makarand Deshpande before starting the theatre company with Nayyar and acclaimed actor Kumud Mishra 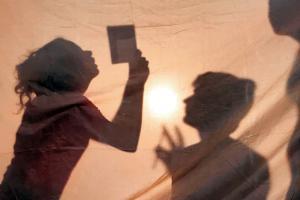 Amar Arjun, Rishabh Kanti and Sumeet Raj Yadav in a scene from the play


The emotional journey that comes with being born to parents in a transferable job has been captured beautifully in literature and on screen, the Marathi movie Killa (2015) being the most recent one that comes to mind. The subject now finds its way to the stage with D for Drama's play, Transfer Kid, where the 10-year-old protagonist Ravi takes the audience on a journey spanning cities and schools.

The play has been written by Saurabh Nayyar, and directed by Ghanshyam Lalsa, who's worked with Manav Kaul and Makarand Deshpande before starting the theatre company with Nayyar and acclaimed actor Kumud Mishra. "The plot revolves around Ravi, who is a reserved child, and the loneliness he grapples with as he moves from one city to another because of his father's job. To escape his solitude, he begins talking to his shadow, which comes to life one day. How the shadow helps him realise and hone his hidden talent for poetry is what the play is about," says Lalsa. 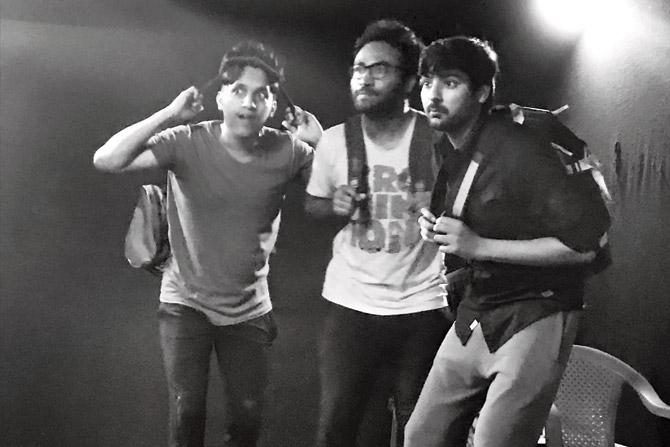 Amar, Rishabh and Sumeet in a scene from the play

With shadows having an important role in the play, lights become crucial, too. And for that, Lalsa has roped in long-time collaborator and theatre director Gurleen Judge, herself the daughter of an army man. The cast is a relatively new one. "Working with such actors was one of the challenges as you have to rehearse more to reach a particular point. But we also wanted to give those working backstage a chance to perform," says Lalsa, who conducted a 15-day workshop with the actors. The play is a role reversal of sorts for Lalsa, too. "I have always been an actor. This is the first time I have directed a play. I now realise how tough being the latter is."

Next Story : Passion for history