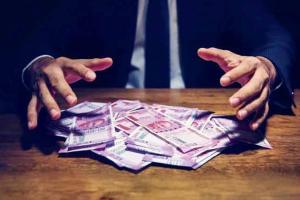 
In a shocking incident, Punjab's Mohali police booked four persons for duping a man by making him invest in films on the pretext of getting huge returns. According to the police officials, the victim identified as Ashok Kumar in his complaint said that four people duped him to the tune of Rs 60 lakh.

The four accused, who are owners of Zirakpur-based Blue Fox Motion Pictures have been identified as Prashant Vij, Ranjit Singh, Pankaj Goyal, and PS Sinha, reports Hindustan Times. As per the complaint, the four accused asked Kumar to invest in their films and promised that they would pay him double the amount within a year.

Falling for the accused's offer, Kumar along with others invested close to Rs 60 lakh. Instead of doubling the money, the four accused winded up their office and fled from Zirakpur, a police official said. Acting on the victim's complaint, the police registered a case under sections 420 (cheating), 406 (Criminal breach of trust) and 120-B (conspiracy) of the Indian Penal Code (IPC) against the four accused at Zirakpur police station.

"No arrests have been made so far as the accused are on the run," another police official said.