After a video of the act went viral, wildlife lovers have written to the authorities concerned to take action against those responsible 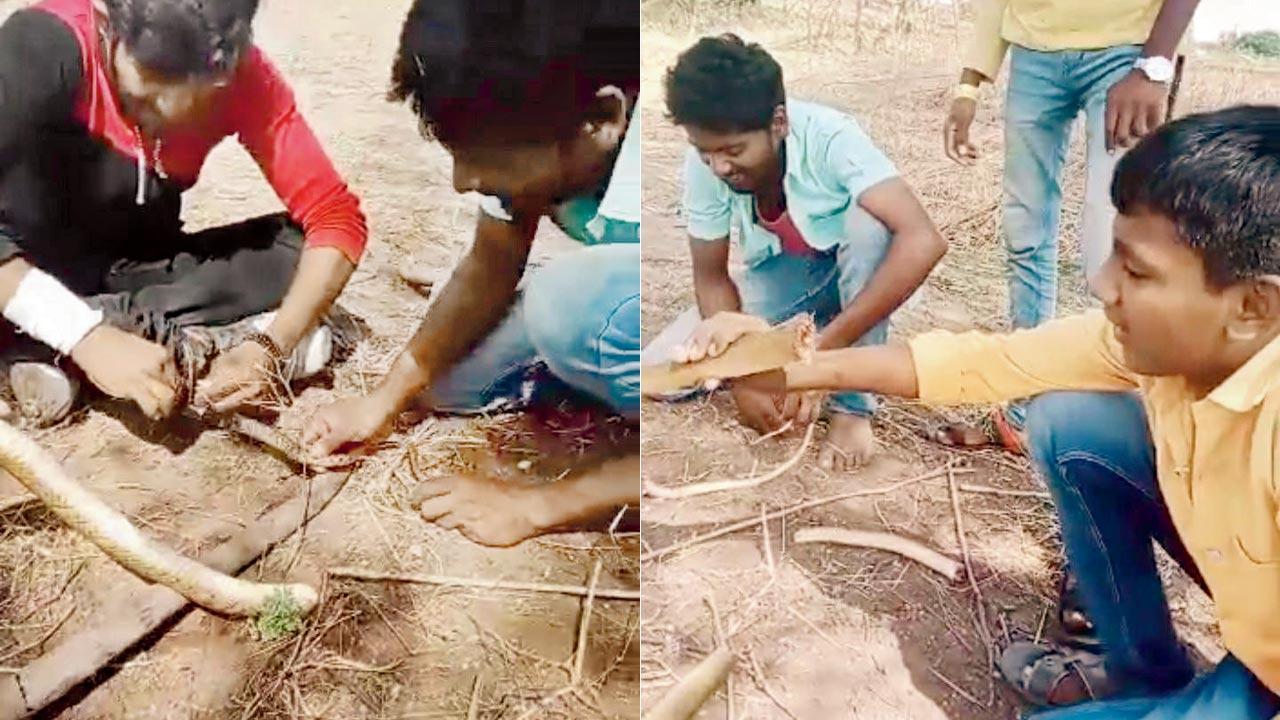 A youth is seen cutting the rat snake; (right) Three others seen with the chopped pieces


In a shocking incident, some people from Osmanabad were seen cutting a live rat snake into pieces. A video of the same has gone viral on social media, making wildlife and nature lovers demand strict action against those responsible.

Honorary Wildlife Warden of Mumbai Sunish Subramanian Kunju from NGO Plants and Animal Welfare Society (PAWS)-Mumbai has written a letter to the principal chief conservator of forests (wildlife), chief conservator of forests (territorial) Aurangabad and divisional forest officer (territorial) Osmanabad regarding the killing of a rat snake by 5 to 6 men at Andoor village in Tuljapur taluka, Osmanabad.

The NGO, on behalf of International Organisation for Animal Protection (OIPA), Amma Care Foundation (ACF) and PAWS-Mumbai, have lodged a complaint.

“We request you to kindly do the needful in this issue by visiting the village, find out the boys whose faces are clearly seen in the video and take necessary action under the Wildlife (Protection) Act, 1972 against the 5 boys seen in the video and the sixth boy who is making the video, who are involved in this illegal act of wildlife crime,” the letter read.

It may be noted that rat snake is a non-venomous snake and is said to be farmers’ friend as it controls rat population. The Rat snake is a protected species under Wildlife (Protection) Act.

5
No. of men seen in the video

Next Story : ‘It’s the callers in Nepal who abuse, threaten’