In another shocking known-person murder, son living with aged mother held after brother who is living in the US approaches cops; search on in Navi Mumbai marshes and forest, where, he has told police, he dumped the body 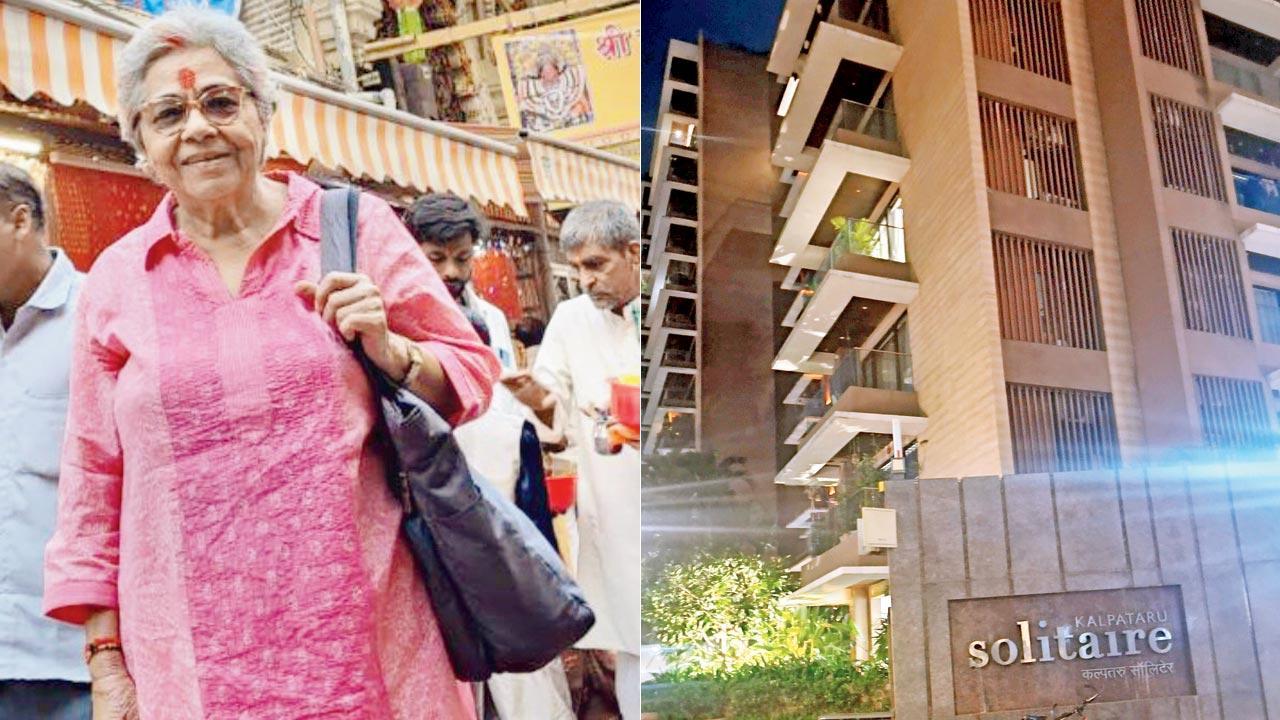 Veena Kapoor, the deceased, lived with her killer son Sachin at Kalpataru Solitaire in Juhu


After the murder of a businessman allegedly by his wife and her paramour, another Mumbaikar is learnt to have been killed by a family member—her own son. The Juhu police on Wednesday arrested the 40-year-old man who allegedly killed his 74-year-old mother, packed her body in a four-foot box and dumped it, said sources. It was the suspicion of her second son, who lives in the US, that led to Sachin Kapoor’s arrest. The cops are searching both the forest and the creek in Navi Mumbai for Veena Kapoor’s body, as Sachin is misleading them about the exact location.

Sachin told the cops that he killed his mother on Tuesday night, said sources. They added that the CCTV cameras at the Kalpataru Solitaire in Juhu, where Veena Govardhandas Kapoor and Sachin lived, captured the events. The footage also helped the cops confirm how he disposed of the body. 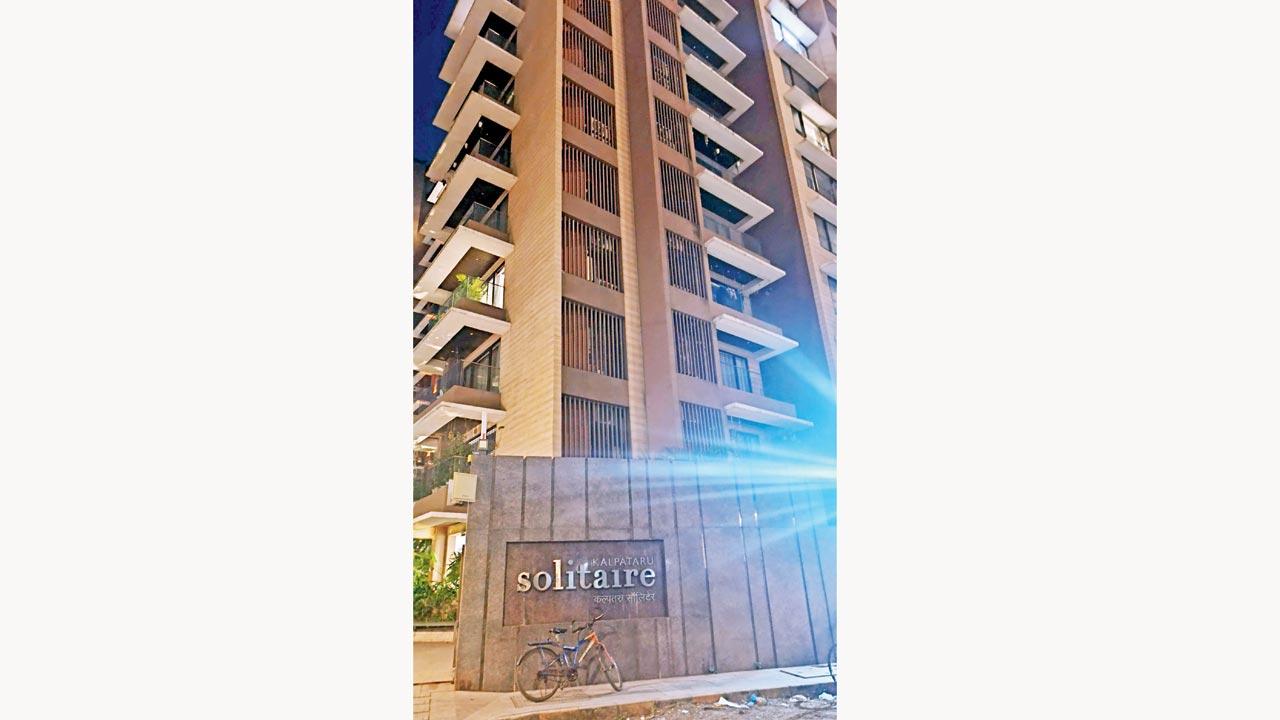 The police got involved quickly, as Veena’s other son, Nevin Kapoor who lives in the US, was not able to connect with her. Sources said Nevin would talk to Veena for hours daily and when he called her at 9 pm on Tuesday, she didn’t answer.

Worried Nevin called Chotu, a house help who looked after Sachin’s needs only. Chotu went to the flat around 2 am, but found no one. He informed Nevin and also told him that Sachin’s phone was switched off.

Police rushed to the society and examined the CCTV cameras. They spotted Sachin carrying what looked like a 4-foot-long box on a wheelchair. The cops searched for him everywhere, only to find later that he had locked himself inside a room in their flat, sources said.

Cops broke the door and caught him. During the interrogation, Sachin told them that he strangled his mother, then packed her body in the box and threw it into the creek in Navi Mumbai. Later, he claimed to have dumped the body in a forest area of Navi Mumbai.

Around Wednesday afternoon, the Juhu police and their Navi Mumbai counterparts launched the search in the creek, and extended it to the forest area. However, they could not find the body.

A police source told mid-day, “The accused is misleading the interrogators and not giving the exact location where he threw the body. We conducted the search operation with more than 30-40 cops, but we still could not find the body.”

Police are now scanning all the possible CCTV cameras in the areas where he claims to have dumped the body.

Deputy Commissioner of Police (Zone 9) Anil Paraskar said, “We are currently under the process of registering an FIR after the confession of the accused. Our team is also searching for the dead body of the victim in Navi Mumbai.”

According to police sources, Veena and Sachin were fighting a property dispute in the court, since the death of her husband Govardhandas two years back. As the flat, B-74, at Kalpataru Solitaire was in the name of Veena, Sachin filed a case in the court claiming his right on it.

A society member told mid-day, “Sachin and Veena used to fight daily over a property. They lived in separate rooms. Sachin has studied engineering and used to give online lessons from home. Veena was a homemaker.”

4ft
Length of box body was stuffed in