The accused was misleading the compliant by making various excuses. Later, he stopped taking his calls and escaped from Mumbai with his family. 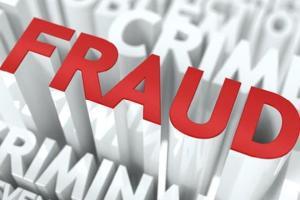 
Mumbai Crime Branch Unit XII, on Saturday, has exposed a gang that allegedly used to dupe people by promising to sell bank-seized flats for low-rates.

A 30-year-old accused, Sachin Borde was arrested from Nashik while others are absconding. During the interrogation the accused revealed that he has cheated hundreds of people of crores of rupees by promising them flats for low-rate in Andheri, Borivli, Kandivli, Malad, Dahisar, Mira Road, Thane and Nasik area. An FIR was registered against the arrested accused in the MHB police station last year, when he cheated the complainant of 15 lakh on the pretext of providing him a flat in the Borivli area.

The accused was misleading the compliant by making various excuses and finally he stopped taking his calls and escaped from Mumbai with his family. He was hiding in Nashik ever since.

“When we got the information about him from the informer, we sent a team to Nashik. API Vikram Kadam, PSI Hemant Gite, Constable Mangesh Tavde, and Santosh Bane searched him and arrested the accused,” said senior inspector Mahesh Tavde from crime branch unit XII.