Accused—minor daughter and family driver—allegedly committed crime as they were unhappy with the minor’s mother’s ‘infidelity’, and then took their own lives 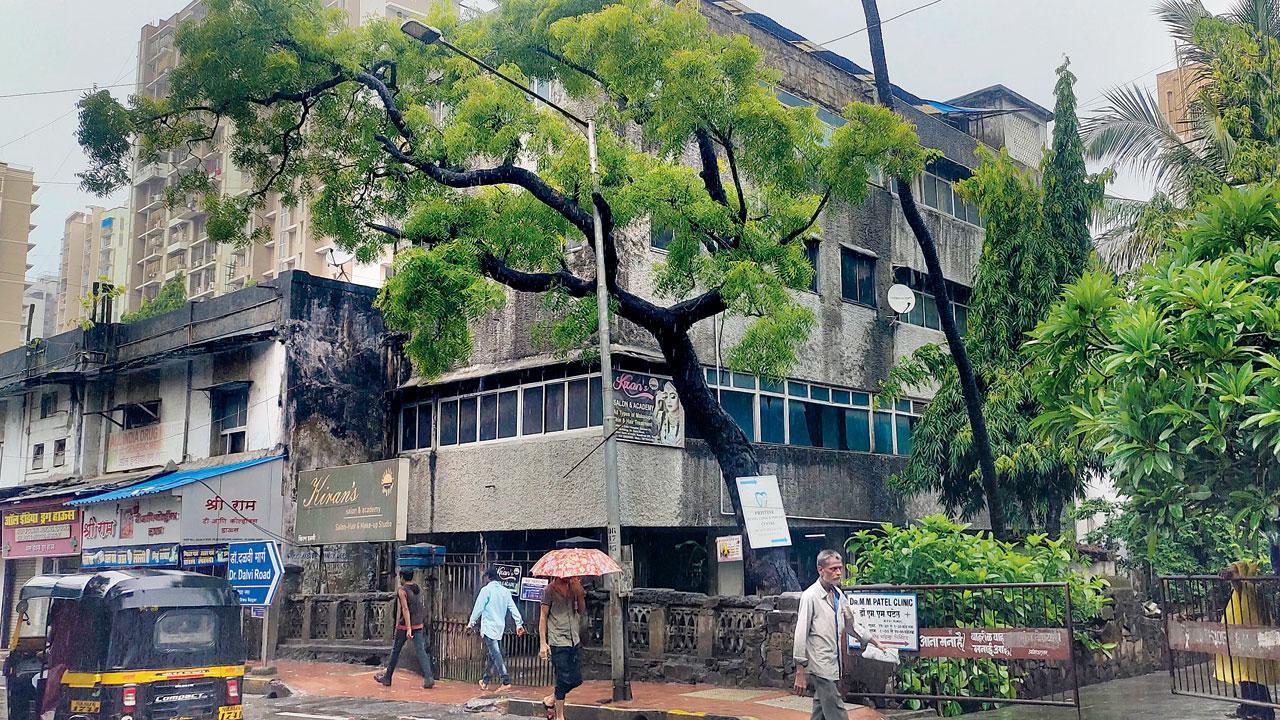 The building, known as Dalvi bungalow, where the murders took place

The deceased have been identified as Kiran Dalvi, 45; her daughter Muskan Sahu, 24; her younger daughter Bhumi Dalvi, 17; and their family driver of over 10 years Shivdayal Sen. Police sources suspect that the accused committed the crime as they were not happy with Kiran’s alleged infidelity.

The four-page suicide note recovered from the driver also included one page written by Bhumi addressed to her father Ashish Dalvi, which started with, “Love you, Papa. Please take care of my younger brother,” said a source. Ashish and Kiran allegedly did not have a good relationship and hence he moved to Indore with his son, while Bhumi continued to live in Mumbai with Kiran and Muskan, her daughter from her first marriage. 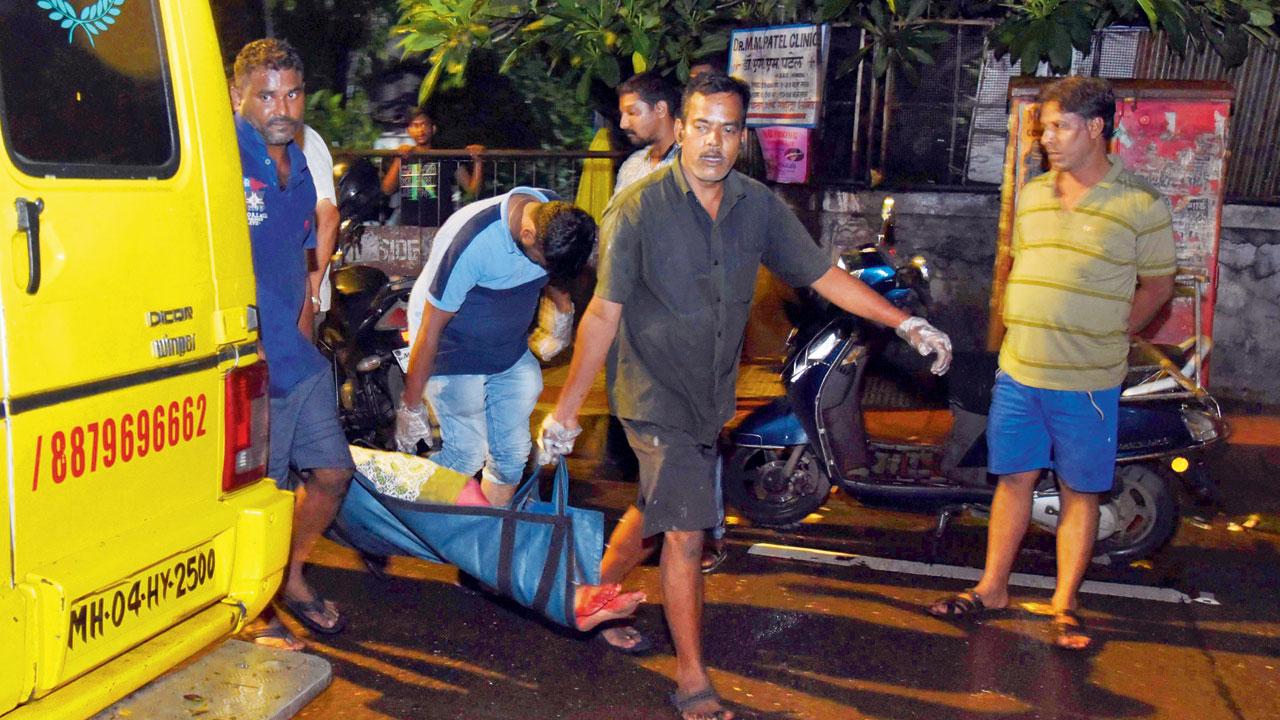 A police source said that the accused duo had allegedly performed a puja before committing the act as haldi and kumkum were found on both the accused’s bodies.

The incident took place around 11.30 pm on Wednesday, according to a shop vendor who runs a paan shop outside the three-storey Dalvi bungalow, popularly known as Dalvi Hospital. The shopkeeper added that he saw Sen walking with a sickle in the compound, following which screams of women could be heard from the house. Sensing foul play, he tried to see what was happening and informed the police helpline.

A cop said, “The gate was locked from inside when we reached. We broke it and found blood smeared all over the staircase. Kiran and Muskan’s bodies were found on the second floor. We suspect that Sen was chasing the duo as he attacked.” “Then we found the bodies of Bhumi and Sen hanging inside a room on the first floor,” he said, adding that all the bodies have been sent for post mortem. 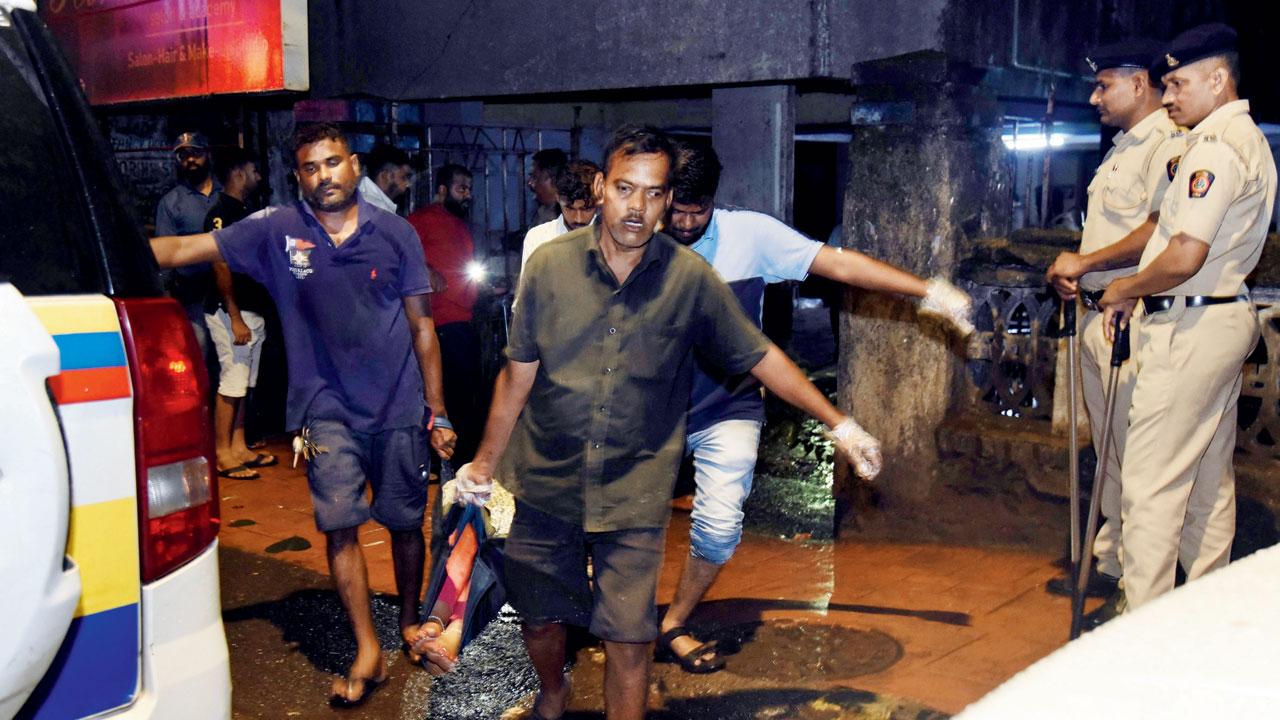 Officials take out the bodies of the four deceased from Dalvi bungalow in Kandivli West, late on Wednesday night. Pics/Nimesh Dave

Senior Inspector Dinkar Jadhav said, “Kiran and Muskan had wounds made with a sharp weapon on their faces and hands. We are waiting for Ashish, who lives in Indore, to arrive in the city so we can get more information about the family. We are also checking if the driver and Kiran had an affair.”

“We have registered a murder case where Sen and Bhumi have been accused of killing Kiran and Muskan. We have informed Kiran’s husband about this,” said DCP Vishal Thakur (Zone XI).

Also Read: In photos: Three of a family, driver found dead in Kandivli

Sources revealed that after Ashish left, Kiran had close relationships with several men, which left Bhumi and Sen angry. As conversations did not lead to any solution, Sen and Bhumi planned the murder. 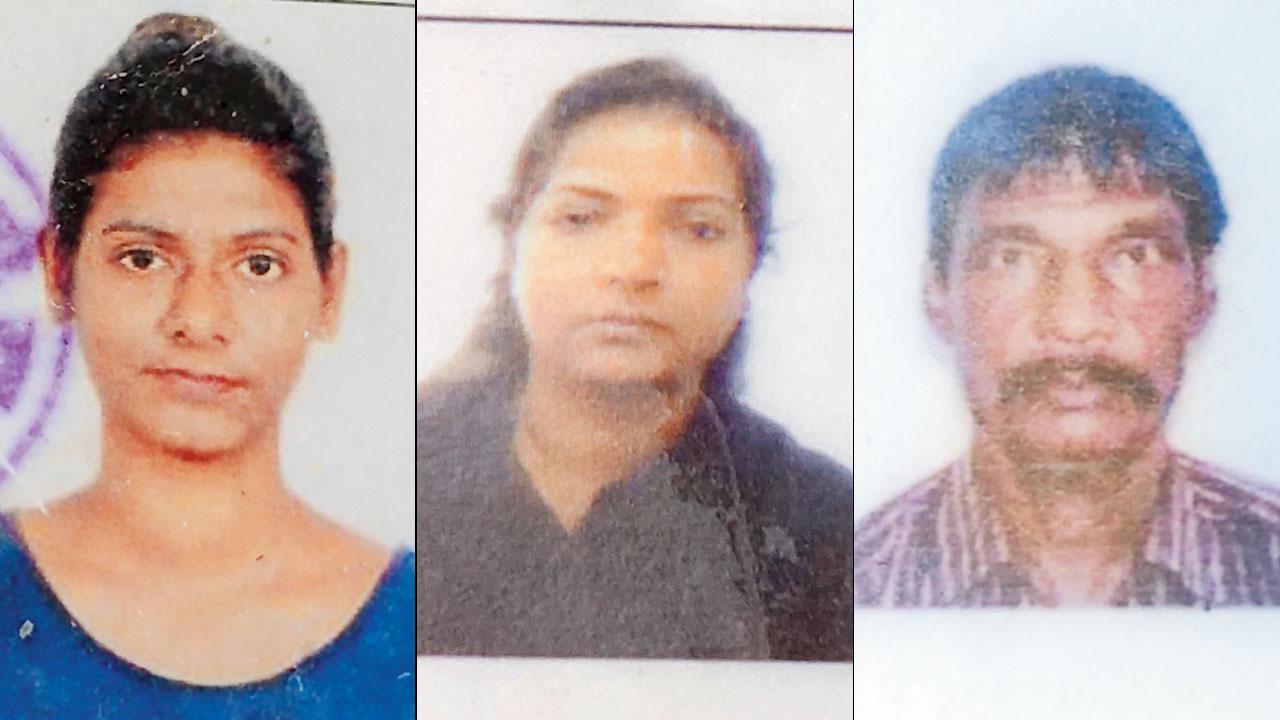 Muskan Sahu 24 (left) Kiran Dalvi, one of the deceased (right) Shivdayal Sen, the driver who worked for the family for over a decade, and an accused

Inspector Dipsikha Ware said, “Kiran ran a beauty parlour while Muskan was pursuing MBBS and Bhumi was in junior college. The driver, Sen, had been living with the family for over 10 years and also helped with other chores, such as buying groceries and such.”

“We have recovered suicide note from Sen’s pocket and have sent them to the forensic department. Sen had seen Bhumi since she was a child and was attached to her. We suspect this is the reason he did not kill Bhumi with such brutality,” Ware added.

Next Story : Mumbai: Two arrested for selling bank details of people from city to 'Jamtara Gang'