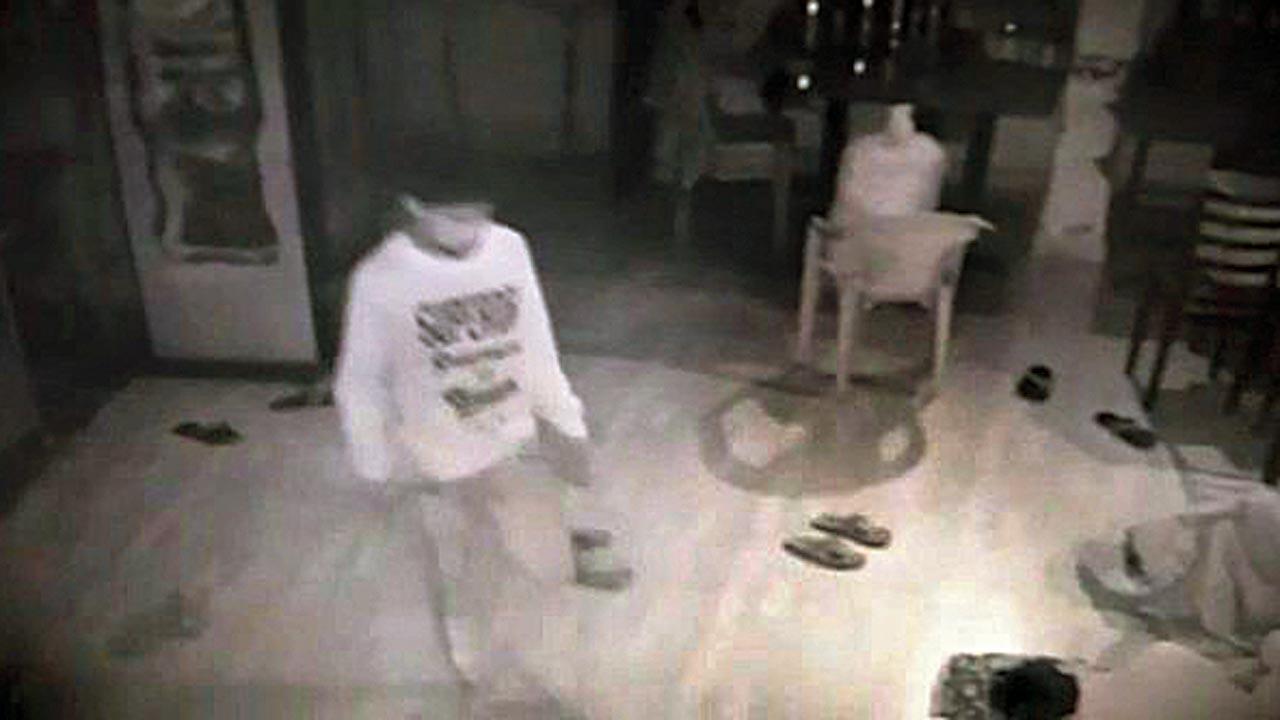 The theft seen in CCTV footage as employees sleep (right)


In a brazen theft on the premises of the Andheri Metropolitan Magistrate’s Court, a man walked out of the canteen with six mobile phones belonging to employees, early on Friday. The theft was captured on CCTV.

Ravi Poojari, the owner of the canteen, said after working all day, his employees were asleep. “A thief entered the canteen with a knife from the kitchen around 4.13 am, and then fled with six mobile phones belonging to each of the sleeping staffers.”

However, this is apparently not the first time such a theft has taken place in the court premises. “Cases of thefts of mobile phones and bags have taken place in Andheri court in the past. A seating area has been provided for the police inside the court premises. But it is being said that the police were not present at the time of the theft. This incident of mobile phones theft has revealed that even the local court is not safe,” said advocate Ashok Shukla.

“An FIR no1116/22, under section 380 of the IPC has been registered today, the investigation has started. We have got some clues about the accused and are tracing him,” said Senior Inspector Santaji Ghorpade of Andheri police station said on Sunday.