According to the police, the man had stalked the girl for a few months, in spite of being warned by her parents. Her condition is stable. 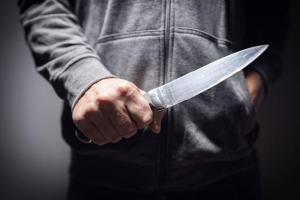 
Chennai: The police are on the lookout for a 26-year-old man for slashing a Class 8 student’s throat and fleeing the spot on Wednesday afternoon in Chennai’s Aminjikarai town. According to the police, the man had stalked the girl for a few months after which she rejected his advances, which made him commit the crime, Times of India reported.

The 13-year-old girl was rushed to Kilpauk Medical College Hospital by her neighbours where her condition is said to be stable. The police said that the girl and the man, identified as Nithyanathan, were staying in the same building where he was running an eatery on the ground floor. The girl has been living on the first floor of the building with her parents for the past six years.

According to the police, Nithyanathan was stalking the girl for a few months and had proposed to the girl three months ago, but she ignored him. The girl had then informed her parents after which her father Rajendran warned him of his behaviour. On Wednesday, at around 12.30 pm, the girl was returning from a government school in Shenoy Nagar after appearing for her exams, when Nithyanathan approached her and proposed to her. When she ignored him, he followed her to her house.

A police officer was quoted as saying that Nithyanathan had sexually assaulted the girl, who was alone at home at that time and also slashed her throat for rejecting his advances. When the girl raised an alarm and alerted her neighbours, they came to her aid and rushed her to the hospital. By then Nithyanathan had fled the scene.

The police is searching for Nithyanathan who has switched off his phone. A case has been registered at the Anna Nagar Police station for attempt to murder and under relevant sections of the Protection of Children from Sexual Offences Act.

Next Story : Woman, lover murder her ex-boyfriend to get rid of him, arrested