Navi Mumbai facility had no licence to shelter the kids, who were brought from interiors of Maharashtra, Rajasthan, Odisha, Tamil Nadu, said officials 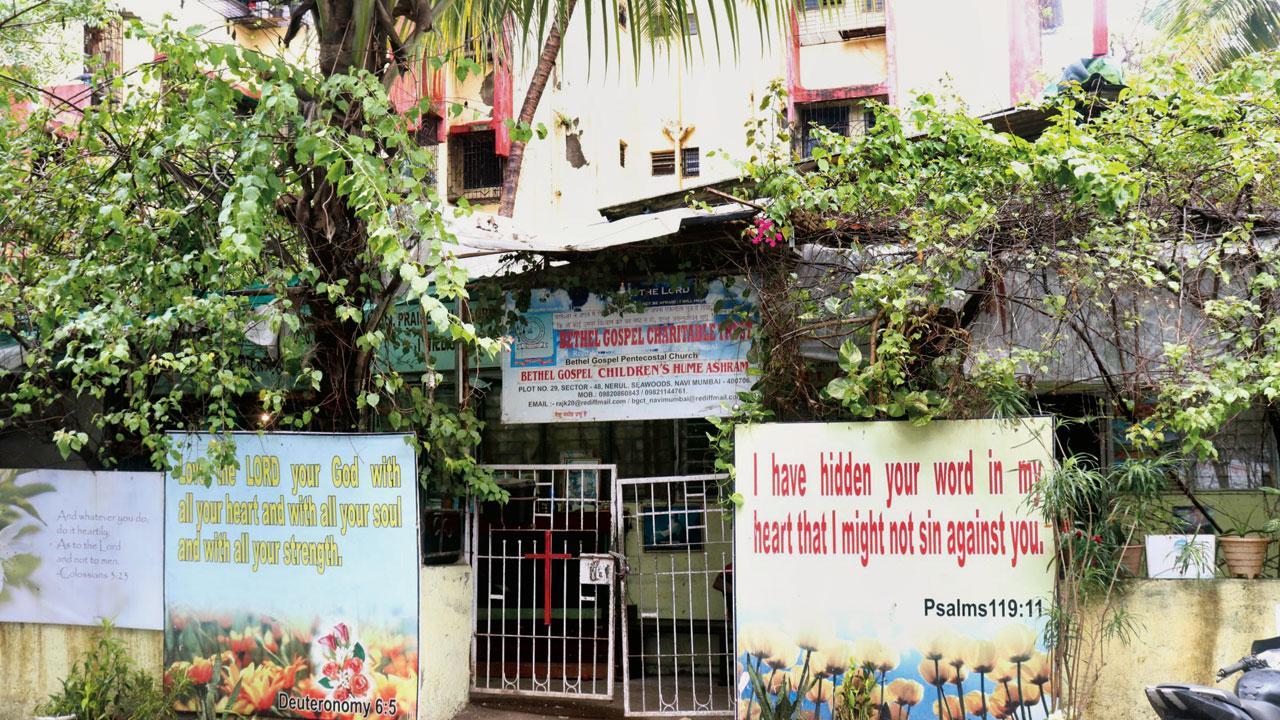 The Bethel Gospel Pentecostal Ashram, which is also a Church, at Seawoods. Pic/Rajesh Gupta


Child protection authorities from Thane have rescued 45 boys and girls, aged between 3 and 18, who were allegedly underfed and kept in deplorable conditions at a Navi Mumbai church. Some of the kids apparently have told the authorities that they were beaten and forced to work at the shelter. Church officials will be booked under laws meant to protect children, said sources.

“We had done a recce earlier which suggested the condition in which the children were kept was substandard. As the official team raided the premises, we were confronted by a foul smell,” said Vijay Kharat, central coordinator of Yuva Childline, Navi Mumbai. “The small premises housed 45 children and 25 elders. Kids were sleeping in the kitchen as well,” said Kharat.

The officials, Kharat said, were stunned that the children were given stale food. “There were 4 rooms including the kitchen full of junk. No bedding was provided to the kids. During counselling, the children said the father of the church used to beat and scold them. Also, they were asked to help older inmates of the Ashram,” he said.

“The kids were brought from churches in interior Maharashtra as well Rajasthan, Odisha and Tamil Nadu. The church owner claims the kids were sent by their own parents,” said an official from the Child Welfare Committee (CWC), Thane. Officials also found that the church didn’t have the permissions to run a shelter. It had not even maintained a register carrying the details of the kids. The CWC shifted the kids to children’s homes in Thane and asked officials to counsel them and record their statements.

Advocate Pallavi Jadhav said, “There were several irregularities found at the church. We have noted down everything and the process to book the church officials is on.” The CWC is likely to book the church owners under the Juvenile Justice (Care and Protection of Children) Act, 2015. Raj Kumar, the father, said, “Due to the lockdown, we couldn’t do the paperwork and the number of inmates kept rising. There was some cleanliness issue as we don’t have a caretaker and our family manages it. We will comply with government norms.”