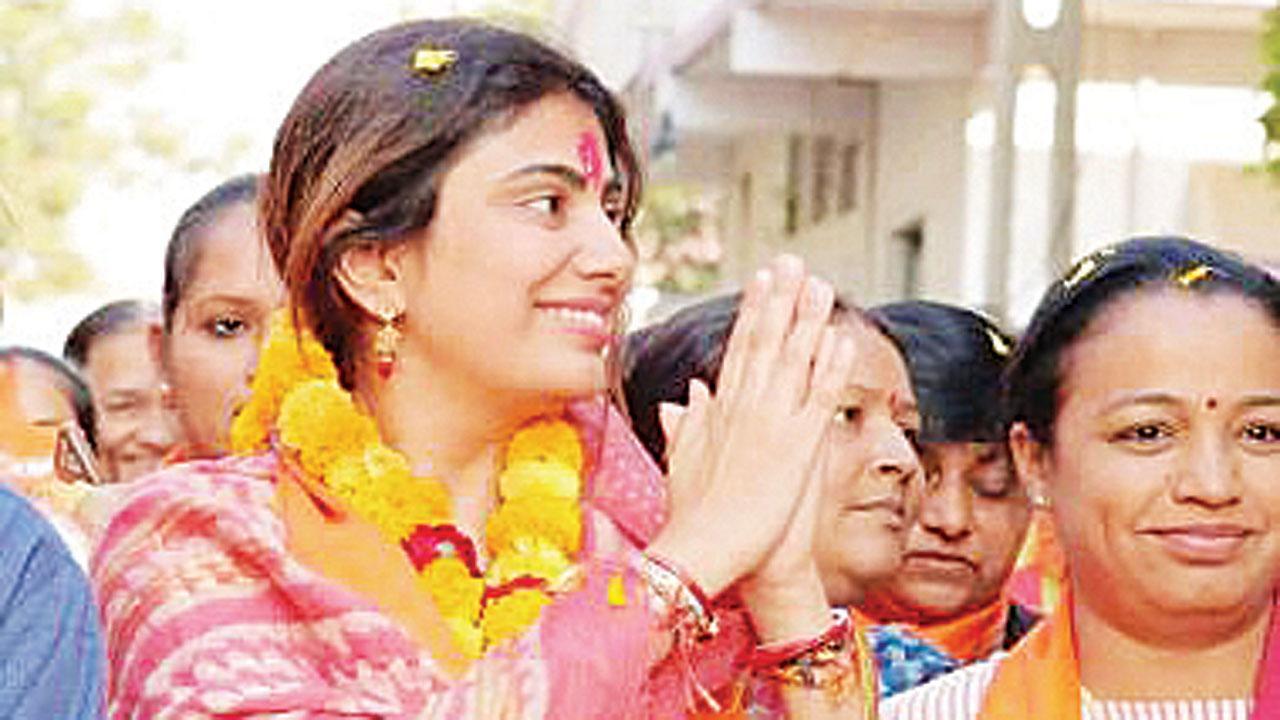 
Riva Jadeja’s surname gives it all away. Her claim to fame is that she is Indian cricketer Ravindra Jadeja’s wife. That her husband’s cricketing career has contributed to her image in the public eye, has also not escaped Riva, but she aggressively insists on having an identity of her own—a social worker turned politician. Pitched against Congress and AAP veterans in the Jamnagar (north) Assembly constituency, Riva is making her debut in the political arena on a BJP ticket. Riva, who is now Rivaba for everyone (adding the respectful Gujarati ‘ba’ to her name), will see if her political entry has made a mark when the constituency goes to poll on December 1.

At 32, the mechanical engineer entered electoral politics in a dramatic fashion when the BJP dropped a sitting MLA in the constituency to hand her the candidature for the upcoming election. Speaking to us, she says the choice was not hers alone, but came from the top, from the Prime Minister himself. She willingly accepted.

On Friday, mid-day caught up with Riva after she returned to her election office near Saru Section junction, from a hectic morning of campaigning. Confident with her words much like a seasoned politician, Riva faces opposition from within her family—her husband’s elder sister Naina Jadeja, who expected a Congress ticket but was left disappointed, is now vehemently campaigning against her bhabhi.

Also Read: Gujarat elections 2022: The bridge on the River Machhu

Opposition notwithstanding, the BJP is sure of a big victory for her. Even though MLA “Hakubha” Dharmendrasinh Jadeja, who was dropped for Riva’s entry, is said to be upset despite being made in-charge of the three segments in Jamnagar, the entire BJP machinery has been put to work.

Excerpts from the interview.

People say you are the chosen one, that your celebrity quotient got you the ticket. Comment?
My husband is the celebrity. Not me. I’m a social worker who has visited over 200 villages working for women empowerment. My work was noticed and that brought me the nomination. I thank my leaders PM Narendra Modi, party president JP Nadda ji and Home Minister Amit Bhai Shah for choosing me. They discussed my name with the local organisation, before making the final decision. I’m a strongly backed party worker.

You attempted to get in the Indian civil services after graduation. If elected, how will you deal with the administration that you once aspired to be part of?
Being a civil servant was a dream I held close to my heart since my school days. I attempted civil services and Indian Air Force examinations, but it’s all about destiny. The election is a turning point in my life. It has opened many avenues for me. My mechanical engineering degree has also given me an advantage. I have learnt many things while working in the field. But everything changed after I met Modiji for the first time. Development is my priority. It can’t be defined in one word but I want to make Jamnagar a “smart city”.

How was your first meeting with the PM? What was the Modi mantra?
He did not give me any mantra, but meeting him was inspiring. I observed him minutely. He was at the door to receive us. It showed his persona, and I felt it was our leader from Gujarat. When we discussed my intent for social work, in a lighter vein, he asked me to join active politics and the BJP, as it would give me an opportunity to fulfill my aspiration for good work. I joined the party in 2019 and here I’m now.

So, PM Modi is your inspiration?
It takes us 17 hours to reach West Indies. There are many Indians there, including Gujaratis, who hold the Indian flag high and cheer our cricket team and chant ‘Modi, Modi’… isn’t that inspiring? It gave me goosebumps and was a moment of pride.

How is your husband supporting you?
(Laughs) They say behind every successful man there is a woman. I feel the same way; that the men, be it my husband, father, brother and the party workers are there to support me, as my support system.

It looks like you have a long political career ahead, much more than a cricketer’s time on field. Is your husband ready to stand with you, as you have till now?
We’ve been together for seven years. We are a couple at home, neither a cricketer nor a politician. Marriage is all about being supplementary and complementary to each other. We discuss our responsibility as Indian citizens. As far as his support is concerned, I wouldn’t count the time. Everything begins with the family. If they support you, you can step out and accomplish any career choice.

There seems to be a family dispute. Your sister-in-law is campaigning against you.
It’s about our respective ideologies. There may be ‘matbhed’ (difference of opinion) but there is no ‘manbhed’ (personal discord).