‘It’s a Tommy,’ says Ola driver caught with dogs in his car 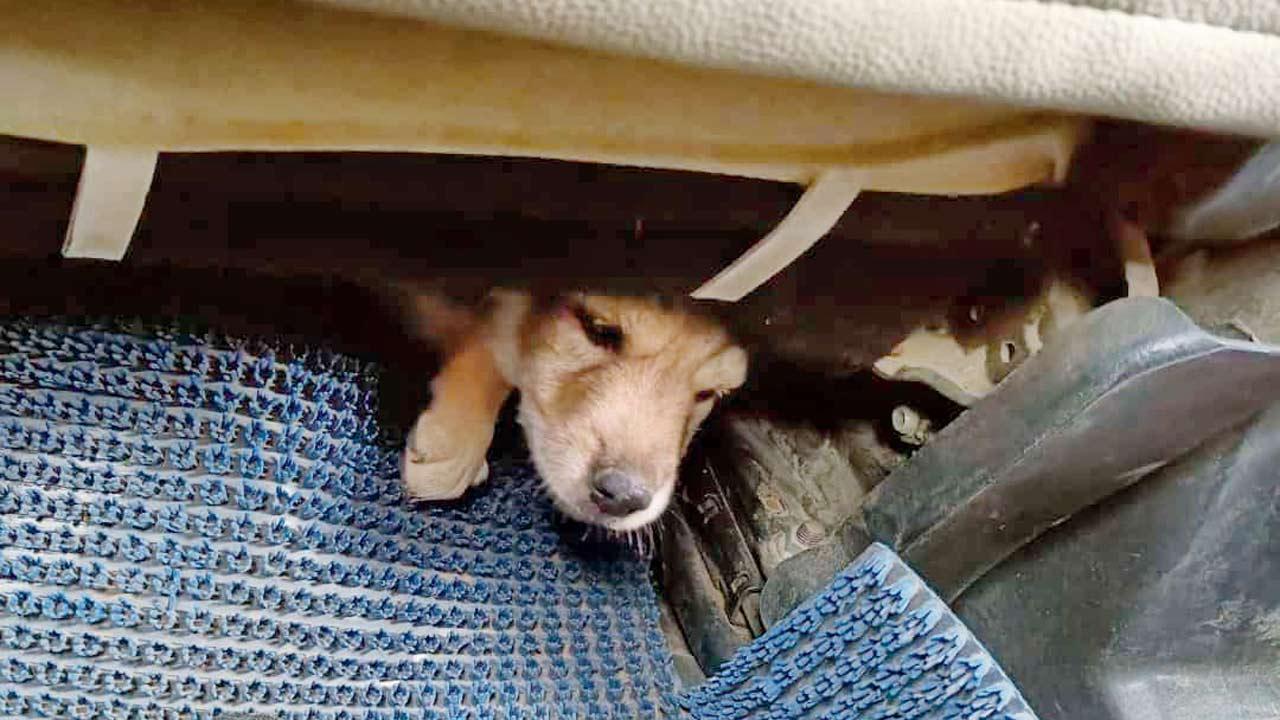 One of the dogs under the front seat of the Ola


A 31-year-old media professional had a harrowing experience, while travelling from Pune to Mumbai in an Ola cab on Friday, after she noticed two stray dogs under the seats.

Mumbai-based journalist Devashri Bhujbal noticed them when she reached the ghat area. “After completing my work in Uruli Kanchan, Pune district, I booked an Ola cab to return to Mumbai on Friday morning,” recalled Bhujbal. “While driving the cab, the driver Prasad Mahamuni’s eyes were often off the road. He was busy checking something under his seat,” she added.

“After almost three hours, I heard some unusual sound. When I asked the driver if he was hiding a cat or a dog, he replied, ‘it’s a Tommy’,”  said Bhujbal. “When I asked the driver why a dog was travelling in the cab with us, he said that there was no one at his home to take care of the dog, so he brought it with him,” she told mid-day. Another dog was in the front seat.

The woman made an online complaint and narrated her ordeal. “After almost 24 hours of registering my complaint, the supervisor safety of Ola, Zeeshan Akhtar called me on Saturday and said he’d keep a tab on the driver and take feedback from the passengers who took a ride with him,” she added. Despite repeated attempts, Ola refused to comment.