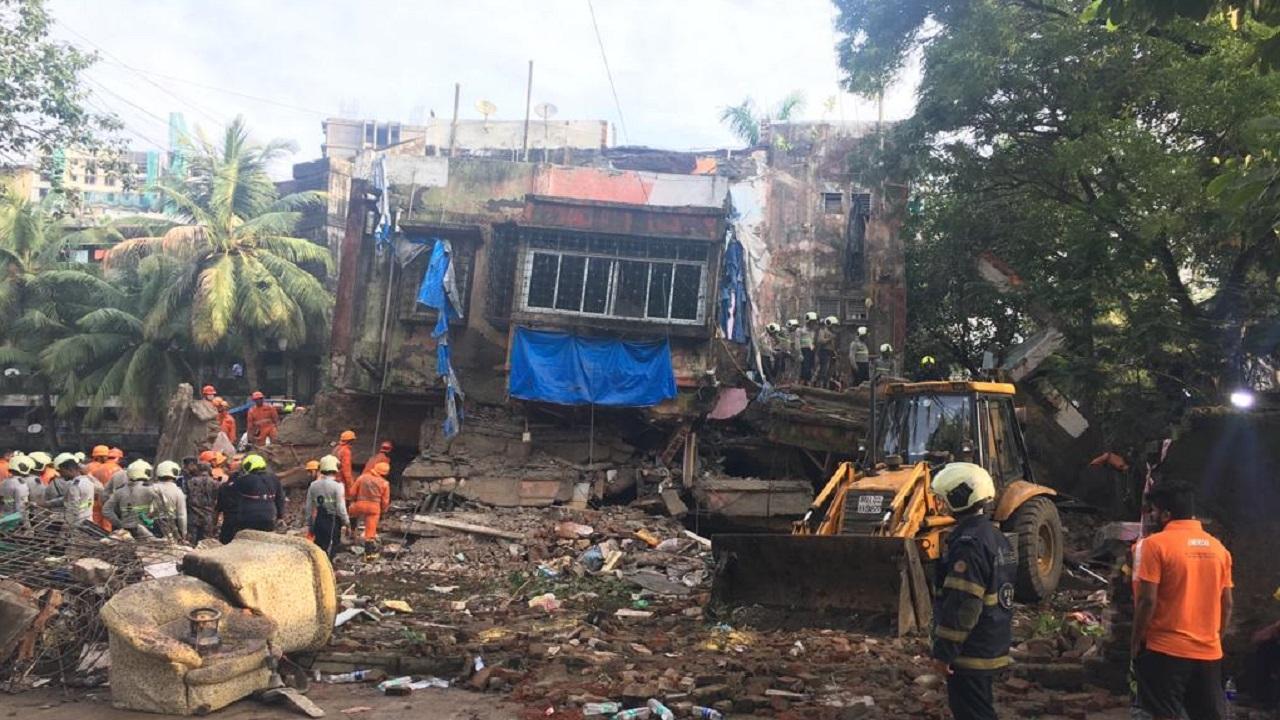 
At least 19 died and four, including 17-year-old youth, have been admitted to Rajawadi Hospital in Ghatkopar after a four-storey building collapsed in Kurla East on Monday night.

Speaking about the patients, senior medical officer of Rajawadi Hospital, said, "The 17-year-old minor boy has suffered major injuries on his chest and thighs. Most probably the slap might have collapsed on his chest. He has suffered from blunt trauma injury and is undergoing treatment."

Adding information about the other injured patient, he said, "The 36-year-old patient is admitted in trauma ward and has suffered multiple injuries on his back."

14 people have been injured after a four-storey building collapsed in Kurla's Naik Nagar society. A wing of the residential building collapsed around midnight. The injured people were shifted to civic hospitals in Ghatkopar and Sion.