To be televised live when it happens, the event will offer both sides—for and against—ample airtime to target each other 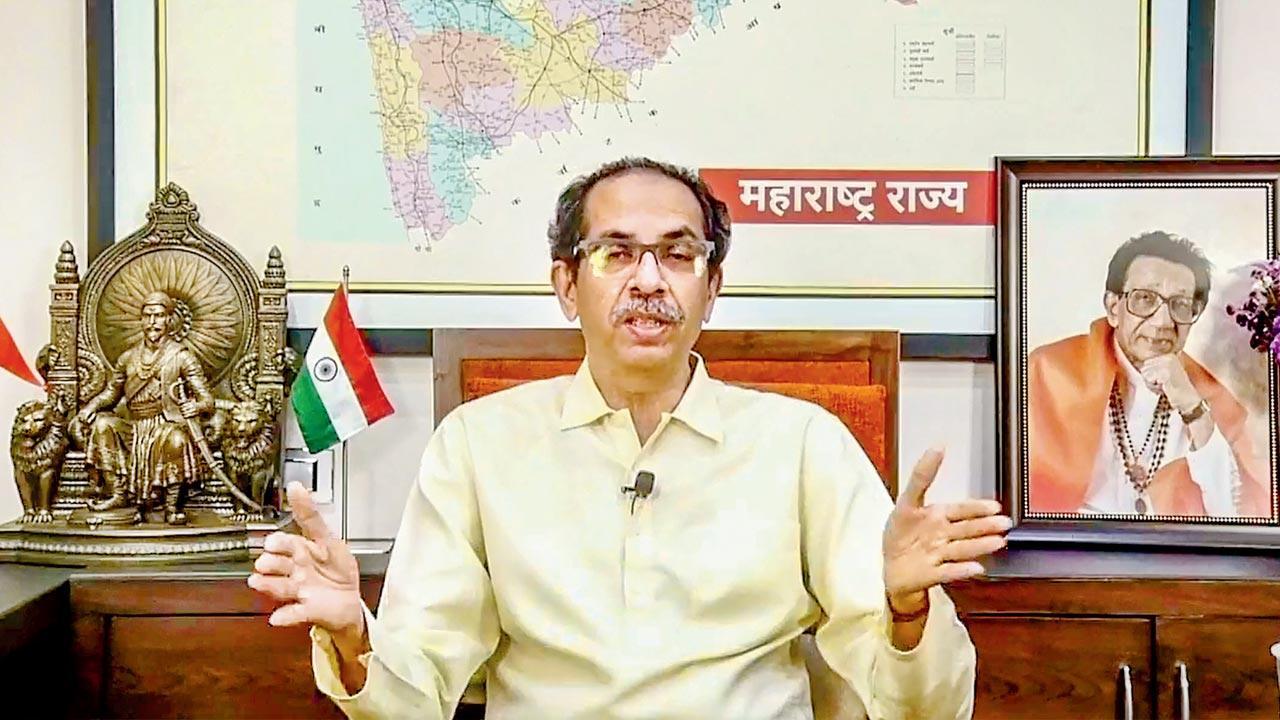 Chief Minister Uddhav Thackeray and MVA will use the opportunity to prove their majority in the lower house to derive political traction. File pic

Sources said the strategy was decided at a meeting between Sharad Pawar and Thackeray at the latter’s Kalanagar residence on Friday evening, said sources.

The CM and senior leaders of MVA parties will use the opportunity to prove their majority in the lower house to derive political traction through the legislative exercise, by launching a scathing attack on the ‘betrayers’ and their supporters.

To be televised live whenever it happens, the event will offer both sides—for it and against it—ample airtime to target each other. Old timers may recall such motions in the Lok Sabha in which the Prime Ministers walked away with public sympathy even after losing on the floor of the house. If it wins the confidence of the house, the MVA will emerge stronger than ever, with Thackeray as its hero.

Sources said that Pawar, who had stitched the MVA together to keep the BJP away in 2019, has been able to convince Thackeray against losing out meekly. Thackeray expressed a similar feeling while addressing his party workers on Friday. No guesses then, the BJP will be the MVA’s principal target in the house. The rebels have been getting bashed up verbally by Thackeray and his colleagues as the efforts of rapprochement have come to naught.

On the other side, the BJP has decided a line of expression that will focus mainly on the unrest in the Sena and distrust among the MVA constituents that has led to the revolt and the debacle, if it happens in the house.

Besides Sena leaders, NCP’s Ajit Pawar, Jayant Patil and Praful Patel were present at the meeting. While the meeting was on at Matoshree, deputy speaker Narhari Zirwal had summoned the advocate general to consult on a petition moved by the CM’s Sena faction for disqualifying Eknath Shinde’s 16 MLAs.

Next Story : Eknath Shinde camp and MVA govt have stepped into the battle armed with law