The rebel MLAs who are at a hotel in Guwahati since June 20, authorised Shinde on June 23 to decide on a further course of action 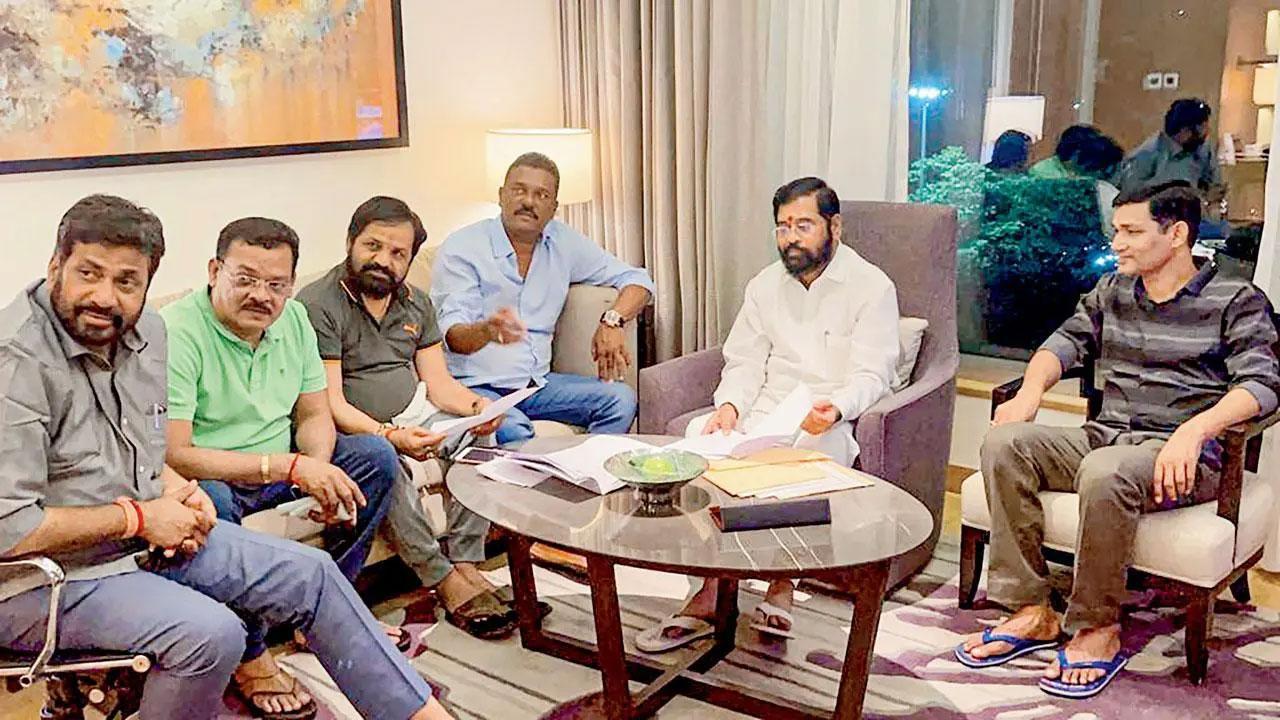 
The strength of MLAs supporting Eknath Shinde is expected to cross 50 as more legislators are likely to reach Guwahati on Friday thus further deepening the political crisis in Maharashtra. It seams that the legacy of Bal Thackeray, who founded Shiv Sena, has slipped from the hands of Uddhav Thackeray with the rebellion of Eknath Shinde as he claim of being a true Shivsainik, the battle of who holds the true legacy of Balasaheb has started.

The political crisis in Maha Vikas Aghadi (MVA) government in Maharashtra erupted after party legislators joined a rebellion led by Eknath Shinde who is staying at a hotel in Guwahati. Shinde camp has claimed the support of 46 MLAs, which includes 37 Shiv Sena MLAs and nine independents. The rebel MLAs who are at a hotel in Guwahati since June 20, authorised Shinde on June 23 to decide on a further course of action.

Raut also claimed that the Shiv Sena is ready to "consider exiting out of the Maha Vikas Aghadi (MVA) if this is the will of all the MLAs" but with a condition that the rebel MLAs will have to convey the message directly to CM Uddhav Thackeray and discuss the issues with him. Meanwhile, the Shiv Sena faction led by Chief Minister Uddhav Thackeray has filed a petition before the Deputy Speaker of the state assembly seeking the cancellation of membership of 12 rebel MLAs including Eknath Shinde for "not attending" the legislative party meeting held on Wednesday.

However, the Shinde camp has written to Maharashtra Governor Bhagat Singh Koshyari stating that Shinde continues to be the legislative party leader. Shinde also wrote to the Deputy Speaker of the Maharashtra Assembly regarding the reaffirmation of his appointment as the leader of the Shiv Sena Legislature Party.Amid the continuing turf war within Shiv Sena, the Shinde faction also said that Bharat Gogawale has been appointed as Chief Whip of the party.

The letter has the signatures of 37 Shiv Sena MLAs and a copy of the letter has been sent to Deputy Speaker Narhari Zirwal, Governor Bhagat Singh Koshyari, and Secretary to the Legislative Council Rajendra Bhagwat. The three legislators who arrived in Guwahati on Thursday include Agriculture Minister Dada Bhuse, MLA Sanjay Rathore and MLC Ravindra Phatak.

Phatak is believed to be a close associate of Chief Minister Uddhav Thackeray who had sent him as an emissary to Surat where the rebel MLAs were lodged. The situation for Thackeray continues to become grimmer with his close aide switching sides and the chief minister himself falling short of numbers. Meanwhile, Congress leader Mallikarjun Kharge held the central government led by the BJP responsible for the ongoing political crisis in Maharashtra where around 40 Shiv Sena MLAs have revolted against the Maha Vikas Aghadi (MVA) government and are currently camping in Guwahati.

Kharge alleged that the BJP-led Centre is attempting to "destabilise" the "strong" Maha Vikas Aghadi government in view of the forthcoming presidential poll next month as they need numbers to get their presidential candidate Droupadi Murmu victorious in the poll slated to be held on July 18. Shinde also made a veiled reference to BJP and said "a big national party" has told him that his decision was "historic" and they will be present whenever he needs them.