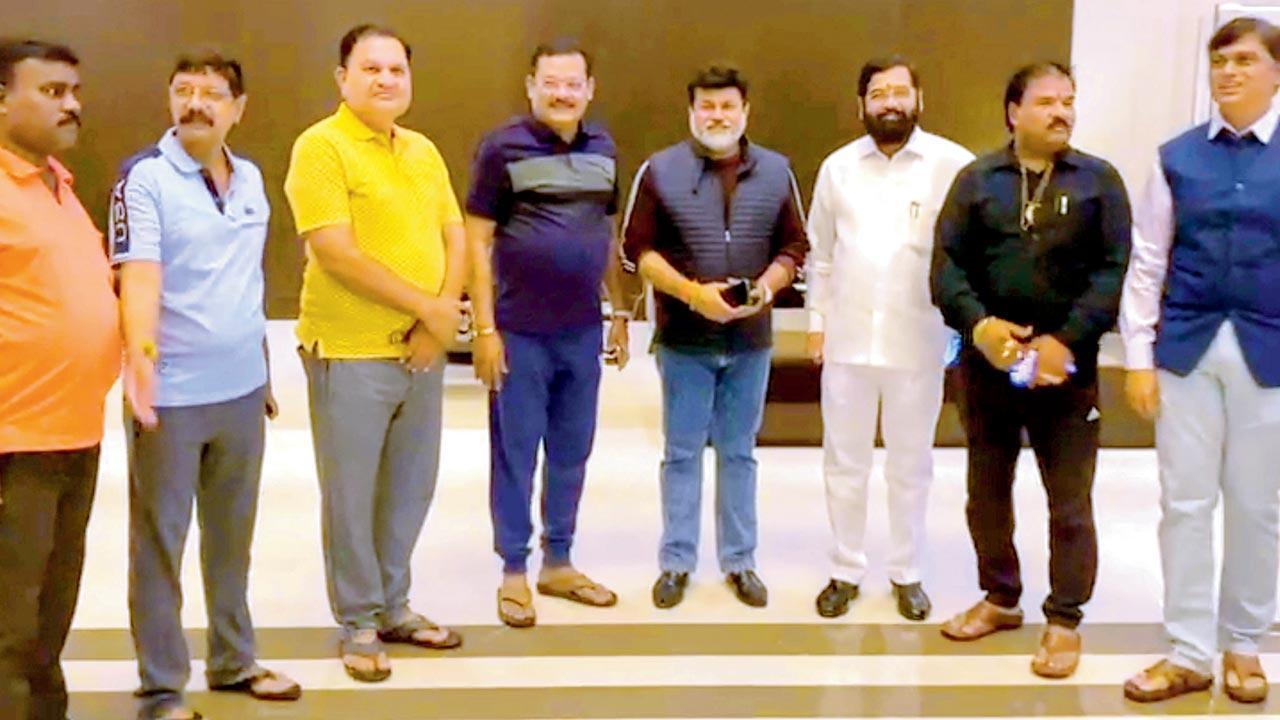 
The stalemate in state politics continues, as the Supreme Court has given time to the Shiv Sena rebel group to respond to the notice of disqualification till July 12. While maintaining the status quo, the court has asked respondents to file affidavits in five days, and counter replies in the three days thereafter, so that it can balance competing claims before determining all issues. The next hearing will be on July 11.

Rebel leader Eknath Shinde and his group members have challenged in two separate petitions, the disqualification notice and removal of Shinde as the Shiv Sena Legislature Party (SSLP) leader. Their petition argued that the Deputy Speaker whose removal has been demanded, cannot decide their disqualification or appoint a new leader when the breakaway group is in majority. 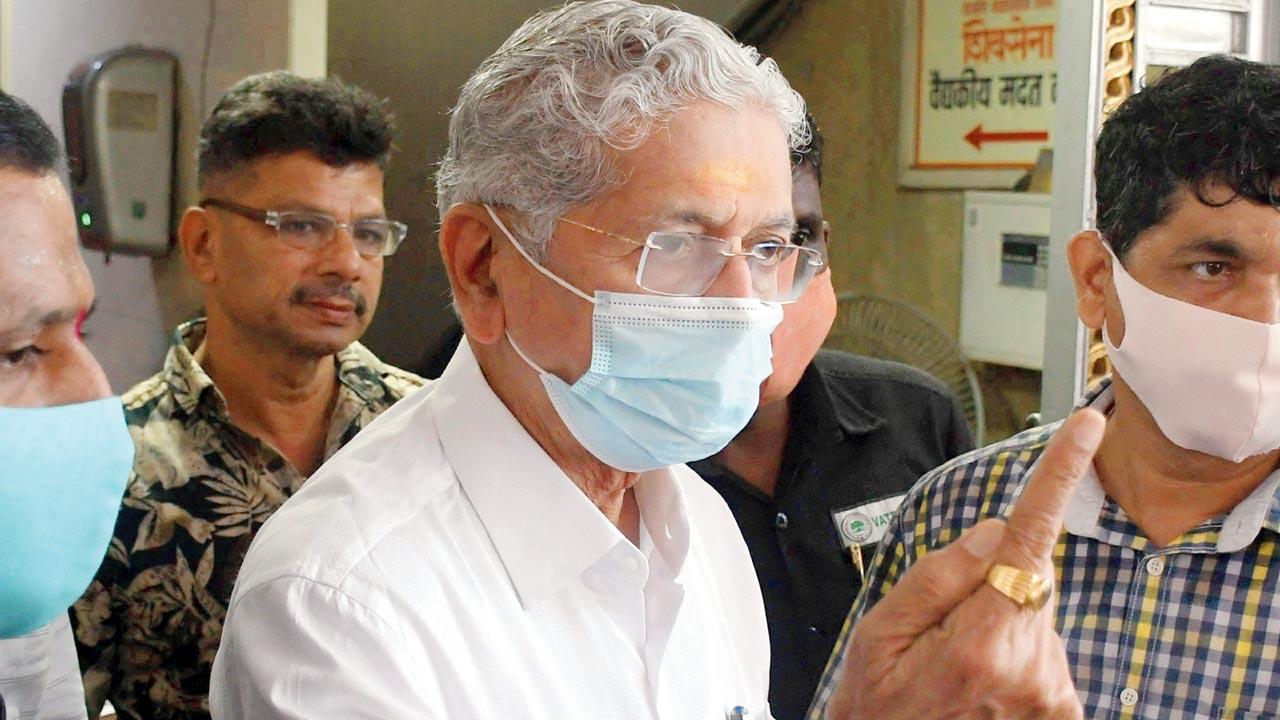 Last week, Deputy Speaker Narhari Zirwal recognised Ajay Choudhary as leader of the SSLP and served disqualification notices to Shinde and the 15 MLAs. They were given time till 5.30 pm Monday to respond. The 39 rebels also prayed before the court to ensure protection to their families and property from aggressive Sena workers in Maharashtra.

They cited purported threats of murder issued by the Sena spokesperson to seek protection.  The court asked the state government to do the needful. The group’s lawyer told the court that the MLAs could not go to Mumbai before the Bombay High Court because a minority of the legislative party was subverting the state machinery, attacking MLAs’ houses. “They are saying that our bodies will return from Assam. The atmosphere is not conducive for us to exercise our rights in Mumbai,” said the lawyer. 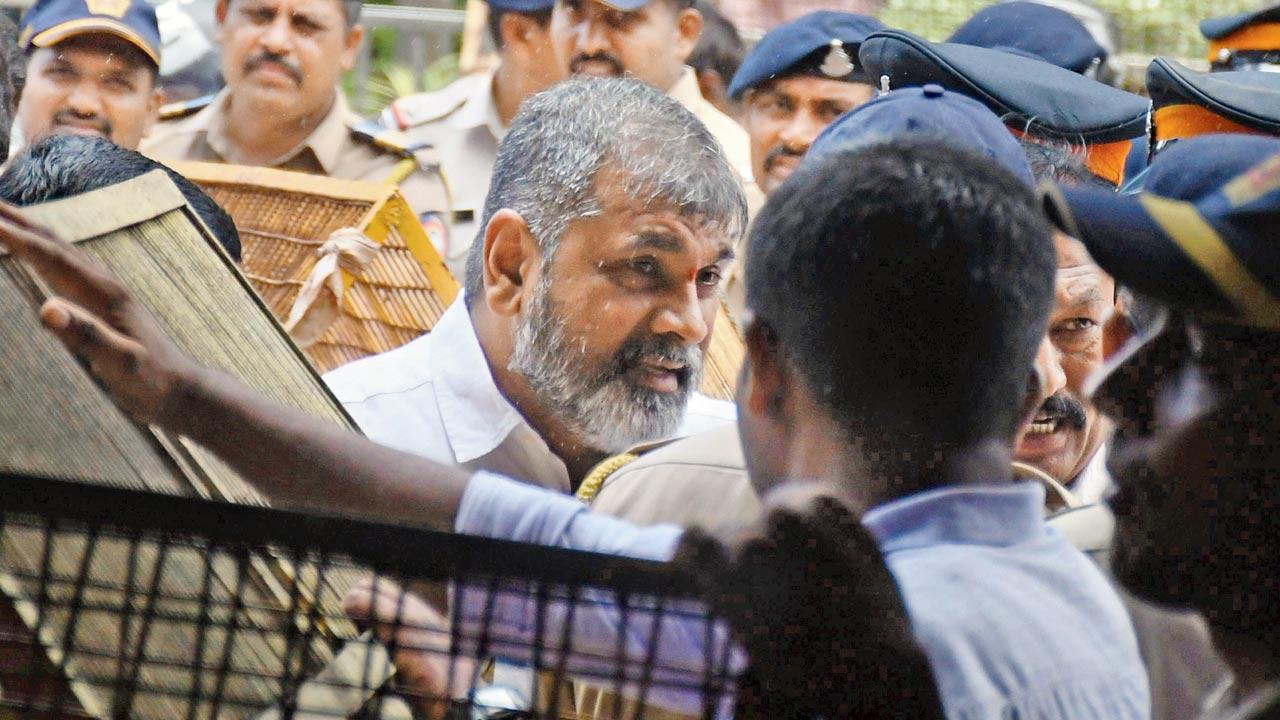 At the Shiv Sena Bhavan at Dadar on Monday for the national executive meet. Pics/Ashish Raje

Following the Maharashtra governor’s recommendations and observation that the state police didn’t do much to contain violence, the Centre has provided security to the rebels’ families and properties.

Later, Shinde tweeted saying that the Supreme Court’s notice to the Maharashtra Assembly Deputy Speaker was a victory of Balasaheb’s (Thackeray’s) Hindutva.

In the interim, can a no-trust motion be moved, and the governor tell the government to prove its majority? The stakeholders were split in their opinion. Sources in the Sena said that the rebels would be disqualified if they voted against the Thackeray government in a trust-vote, if held before the next court hearing.

The question over the floor test was raised during the argument on Monday, but the court asked the Sena lawyer to not create any complications on the basis of apprehensions not founded now.

On Monday, the Raj Bhavan clarified that the Shinde group has not withdrawn its support to the government. The explanation came after unconfirmed reports that the rebels have mentioned pull-out in their court petition. The governor comes into play when the government is deemed to have lost the majority.

BJP to wait and watch

The Bharatiya Janata Party’s state core committee met after the SC hearing to mull over the current situation. Party leader Sudhir Mungantiwar said the party has decided to wait and watch. “There is no need to bring a no-trust as of now. The Shinde group cannot be named as rebels because they are in a majority,” he said, adding that there was no proposal from the Shinde group. However, he said the party would take appropriate decisions at an appropriate time.

Dispelling rumours that the Shinde group was likely to merge with the Maharashtra Navnirman Sena, party leader Bala Nandgaonkar said they were watching the political developments closely. MNS has one MLA. Its ideology suits the Shinde group’s.

There are speculations that if they are not recognised as a separate group, Shinde’s supporters will merge with MNS to escape punitive provisions in the anti-defection law.

After getting the disqualification notice to the rebels, Chief Minister Uddhav Thackeray took a major step, albeit late, by removing departmental charge from the cabinet and junior ministers who are in Guwahati. The last minister to join the revolt was Uday Samant.