Primary investigations have revealed that the explosion took place in the unit when the maintenance works were being undertaken, said an official 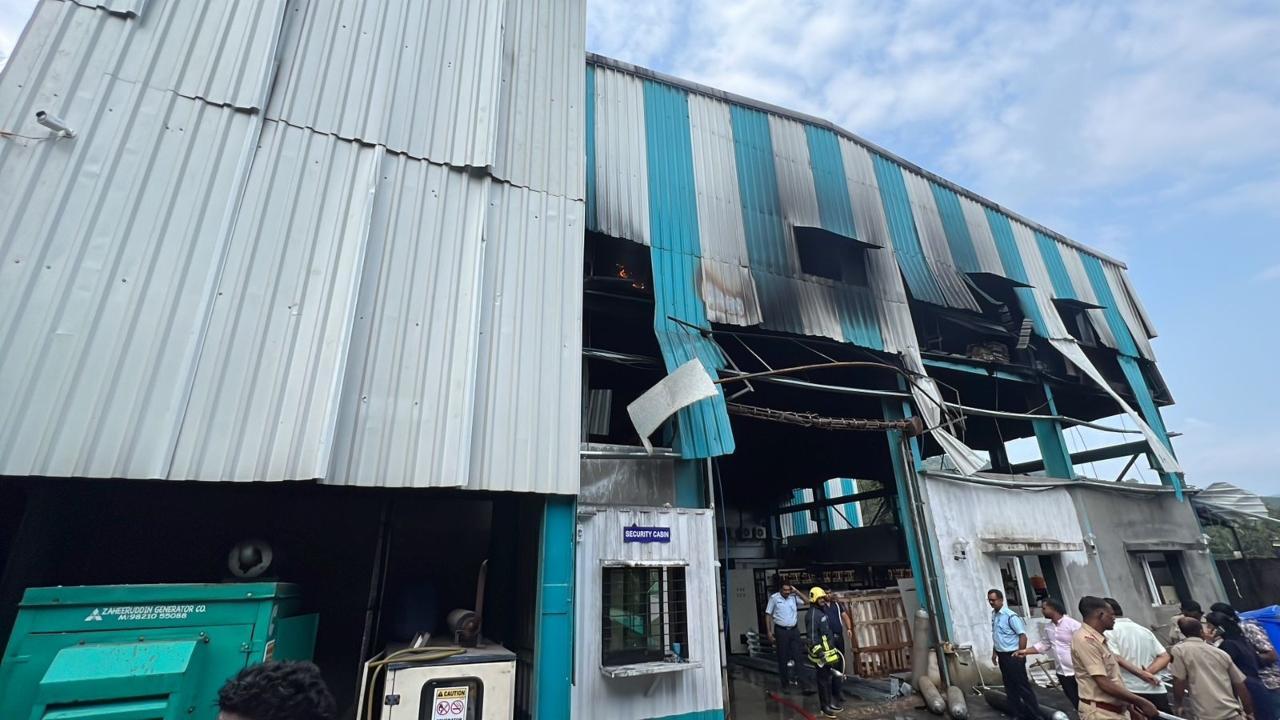 The industrial unit where the explosion happened. Pic/ Hanif Patel


Three workers were killed and eight sustained injures following a fire after a hydrogen gas cylinder blast in an industrial unit in Vasai area of Maharashtra, the fire brigade officials said.

The incident took place around 2:30 pm on Wednesday, the officials added.

"Primary investigations have revealed that the explosion took place in the unit when the maintenance works were being undertaken. The impact of the explosion  was such that three people were killed on the spot," said a fire brigade official.

The injured have been shifted to near by hospital for treatment.

Fire brigade personnel rushed to the spot and further operations are underway.