It is the first such attenuator on the Mumbai-Ahmedabad Highway; more black spots have been identified for remedy 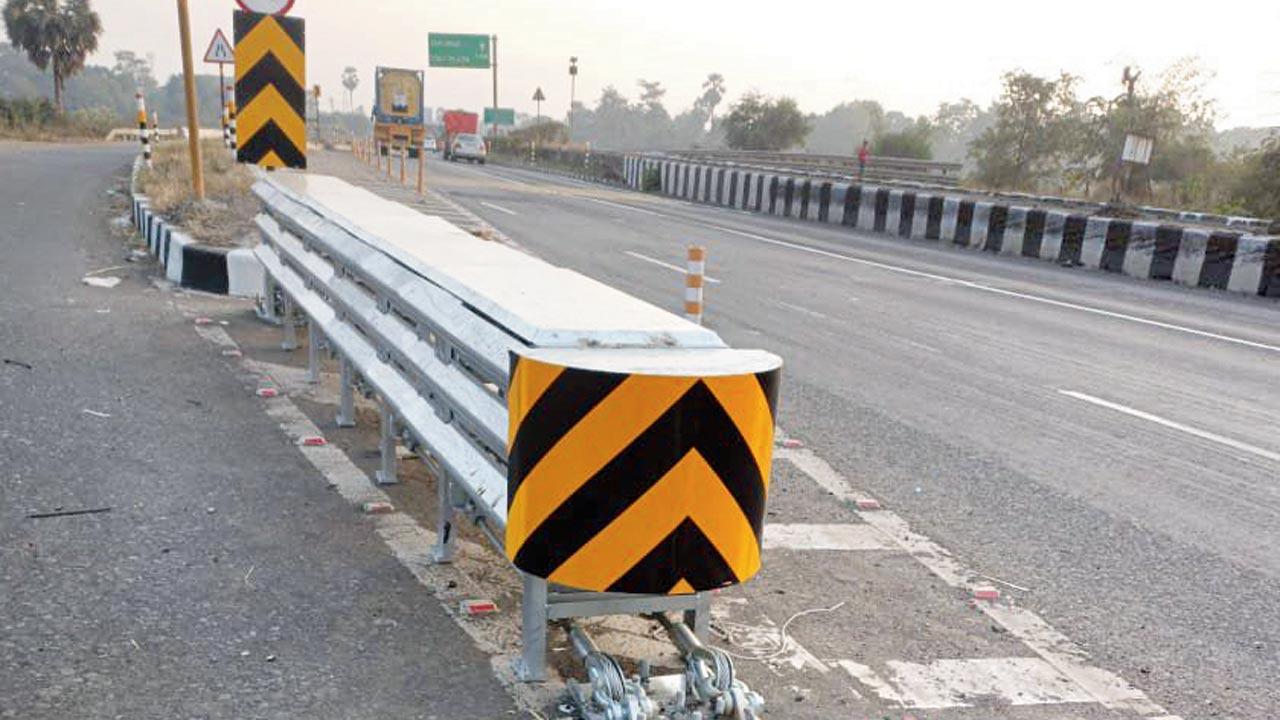 The crash attenuator installed near the divider on Surya river bridge on Mumbai-Ahmedabad Highway. Pic/Hanif Patel


Three months after the tragic death of industrialist Cyrus Mistry and his friend on Mumbai-Ahmedabad Highway, the National Highways Authority of India (NHAI) has installed a crash attenuator near Surya river bridge. It is the first time that the NHAI has installed a device to reduce the impact of a road accident on the highway, said an official.

The crash attenuator has been installed at the beginning of V shape where the three lanes merge into two, leaving road users confused. mid-day had highlighted this V shape in reports after Mistry’s death. 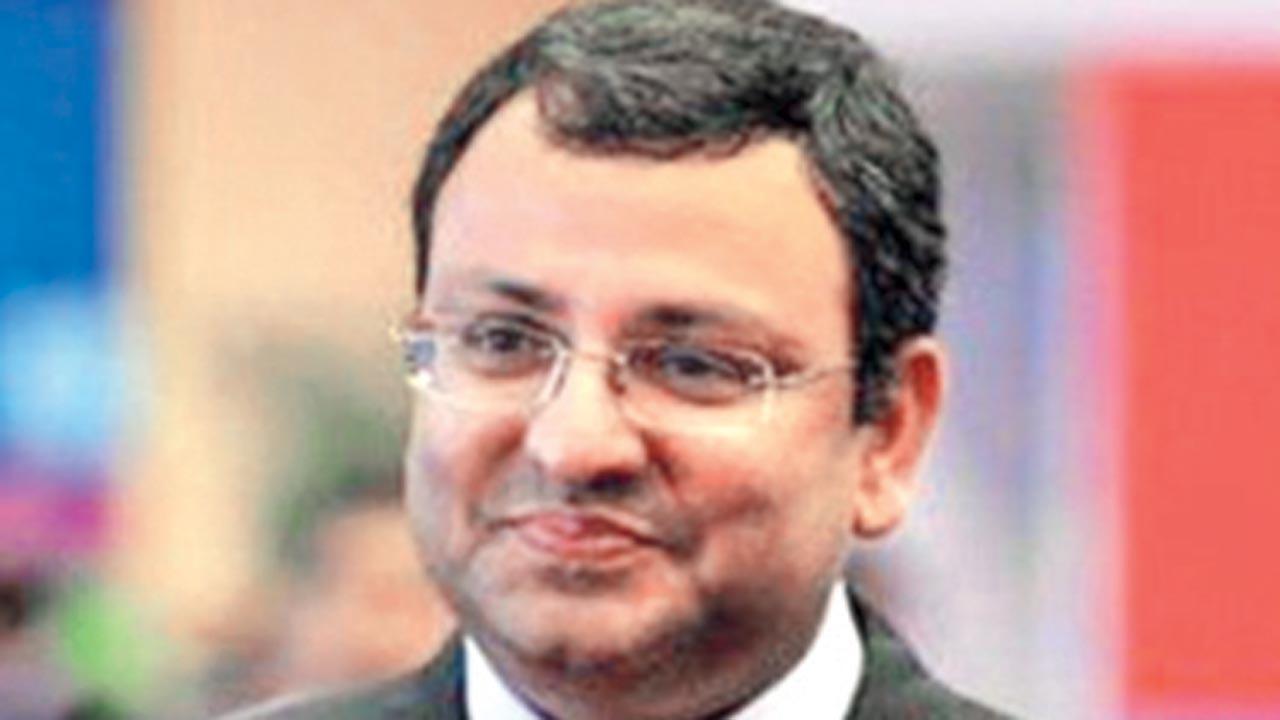 The spot where Mistry was killed in the road crash is a blackspot but had no warning signs or reflectors. Poor road design on the Surya river bridge has caused many fatal accidents. After mid-day highlighted the same in reports, warning signs, and two boards about speed limit and ‘go slow’ were erected. However, the faulty parapet, where the accident took place, is yet to be repaired.

Also Read: Mumbai: Measles vaccination goes slow with only 5 per cent kids getting dose in 3 days

“It is the first time that the crash attenuator device has been installed on Mumbai-Ahmedabad Highway. This device reduces the impact of accidents. We have also identified three more spots on the highway where crash attenuators need to be installed,” Mukunda Attarde, project director of NHAI told mid-day. 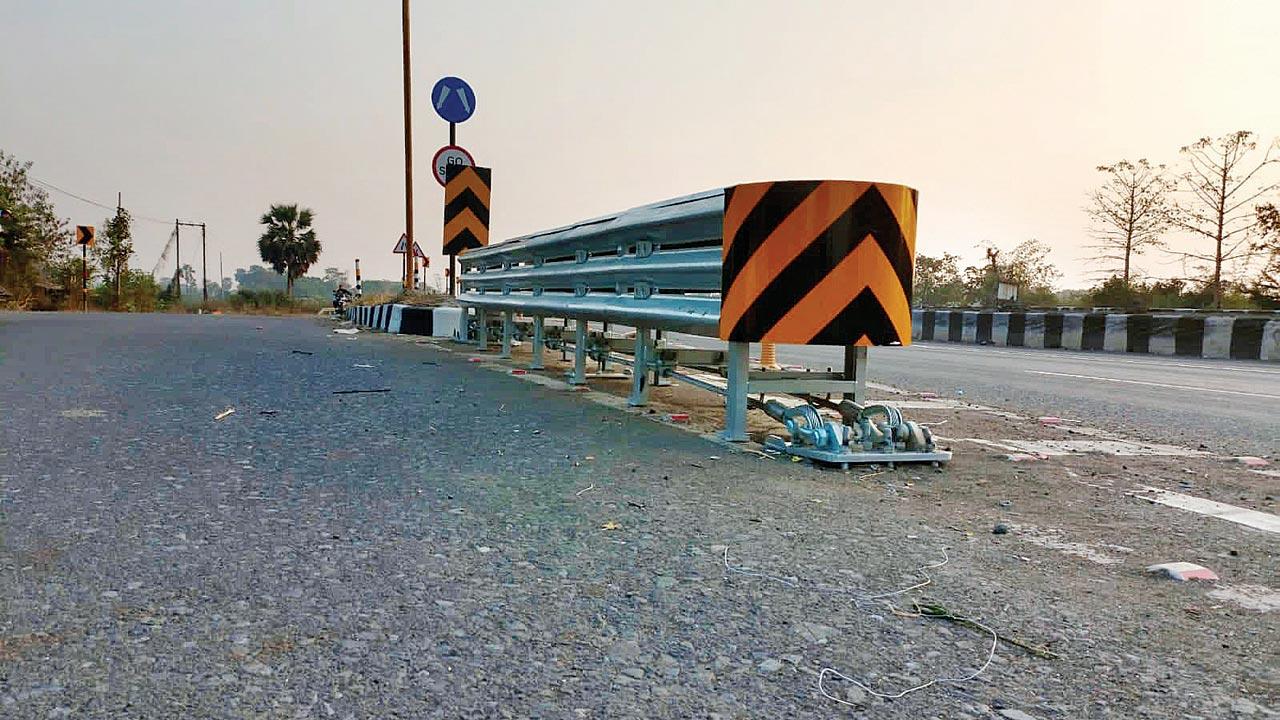 He added, “The next spot where we have decided to install the device is Vaitarna river bridge on the Mumbai arm of the highway. Another one will be on the bridges near Tansa river and Kaman near Vasai.”

In 2020, NHAI had engaged a company to carry out a safety audit of the highway. However, the blackspot, where Mistry died, was not highlighted in the report. 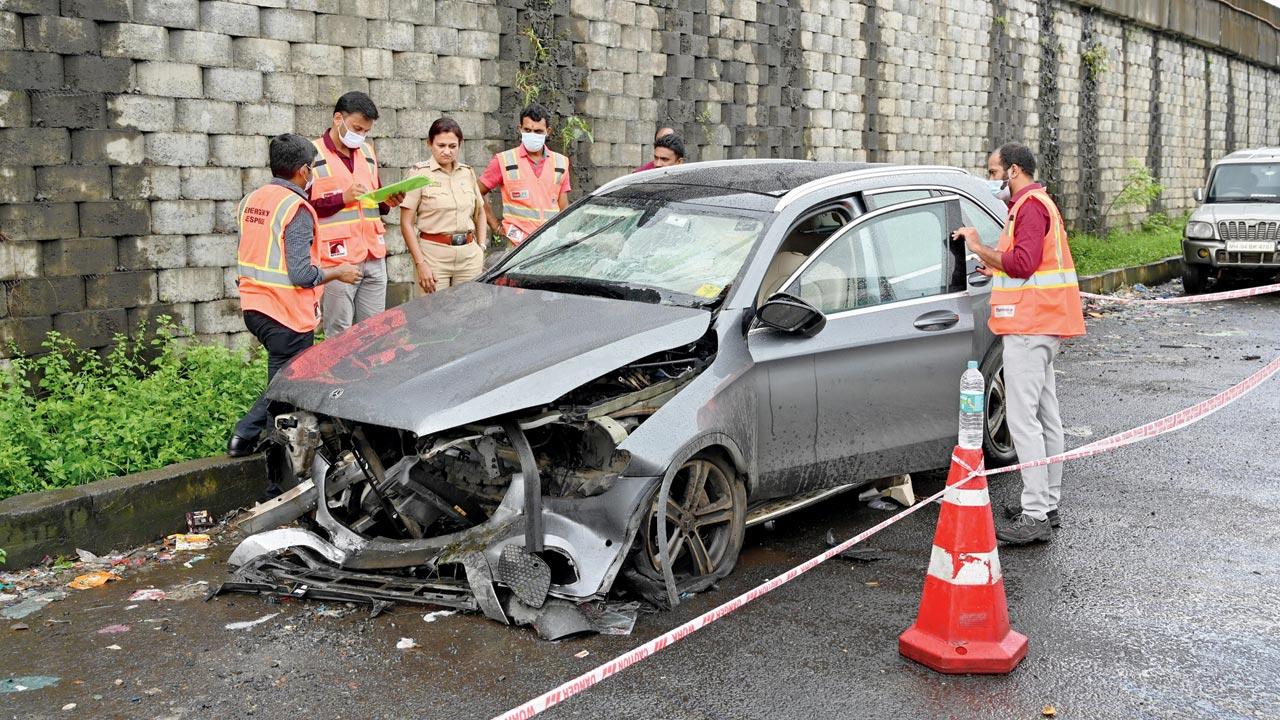 The Mercedes car ferrying Cyrus Mistry and three others which met with an accident near the Surya river bridge. File pic

On September 4, Mistry and three others including driver Dr Anahita Pandole, her husband Darius, and Jehangir Pandole were travelling from Gujarat to Mumbai in a Mercedes when the accident took place just 1 km ahead of Charoti toll plaza. At this point on the flyover, built over Surya river, the three-lane highway merges to become two.

Mistry and Jehangir, who were seated on the rear seat, were killed in the accident while the other two got seriously injured. Darius has since been discharged from the hospital but Anahita is still recuperating at Hiranandani hospital.

In his statement, Darius told the Palghar police that there was one heavy vehicle on their right side. He said that Anahita was trying to overtake the heavy vehicle from the left side, but suddenly the road became narrow, from three lanes to two, and crashed into the parapet of the bridge.

Next Story : Mumbai: BMC pulls out all stops as pilgrims throng Dadar’s Chaityabhoomi