Mumbai: ‘Air worse than Delhi’s; why weren’t we warned?’

As Mumbai’s air quality remains in ‘poor’ to ‘very poor’ categories for weeks now, citizens and activists assail BMC for not warning the citizens in advance 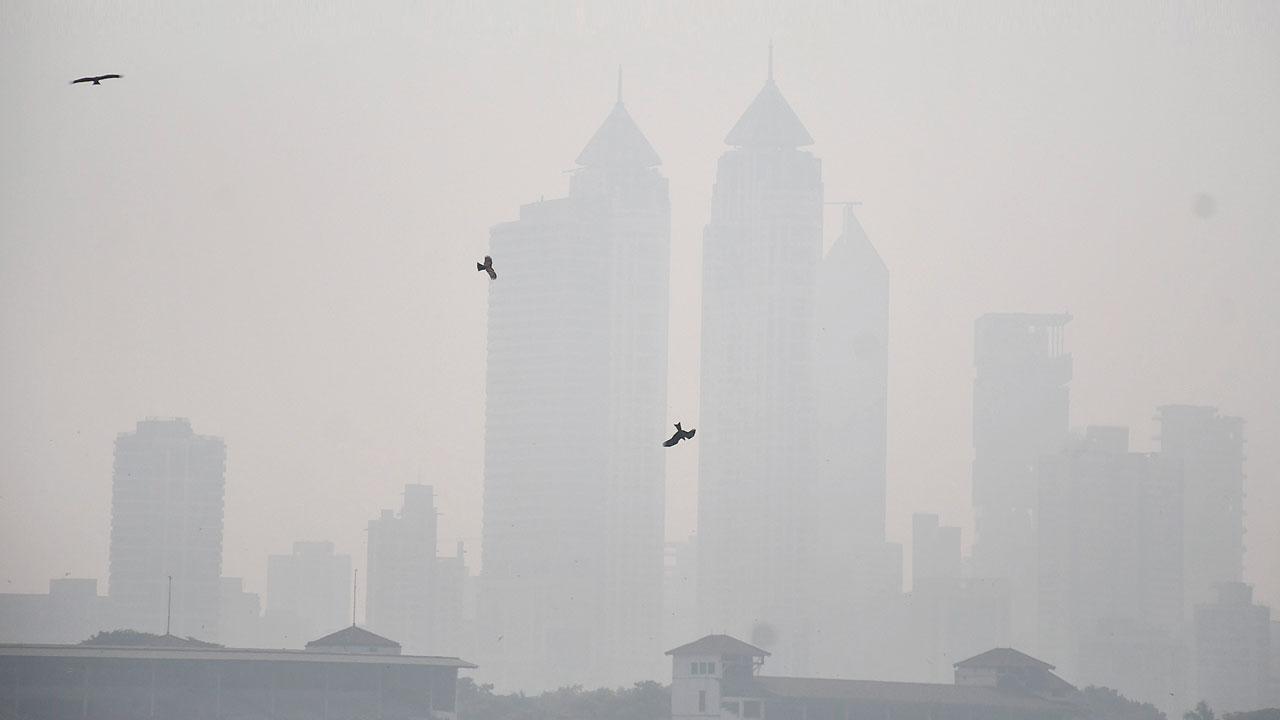 The Imperial twin towers in Tardeo covered in smog, on Friday. Pic/Ashish Raje


The state government and the BMC are facing criticism for failing to alert Mumbaikars about the deteriorating air quality, which is known to impact health, especially of those suffering from respiratory issues. Mumbai’s overall air quality index (AQI) was 269 (poor) on Friday, slightly lower than 315 (very poor) on Thursday. The AQI was 306, 309 and 300 on December 5, 6 and 7, respectively.

Organisations across the state have been demanding public health advisories on air quality, so that vulnerable groups are protected from severe impacts of air pollution on their health. When the AQI breached the 500-mark on January 24-January 25 and was over 300 during the first week of February, activist Sumaira Abdulali wrote to BMC chief Iqbal Singh Chahal, demanding health advisories when air pollution levels exceed safe limits. 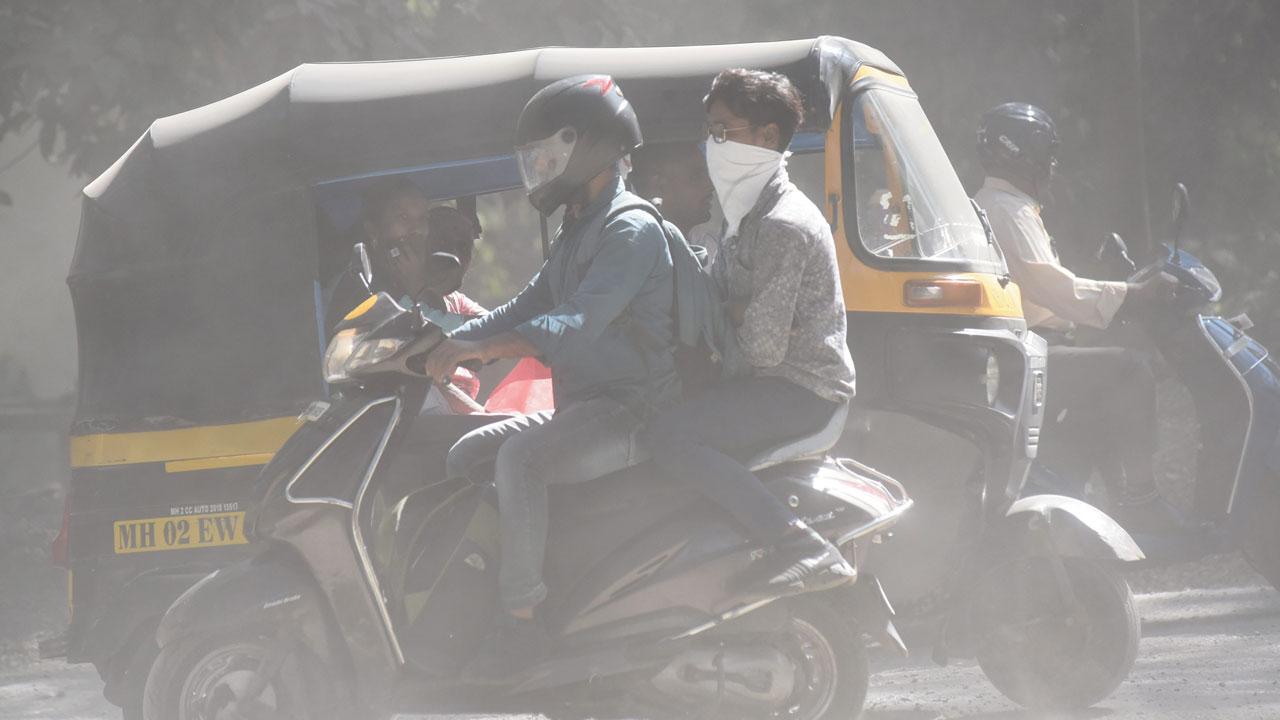 People cover their face for protection against dust from the roadwork, in Aarey Colony, on Friday

“In January and February, the air quality deteriorated in the city and the neighbouring states, and this was attributed to two dust storms that originated in the Middle East, Afghanistan, Pakistan and surrounding regions that had brought dust and haze to northwestern Maharashtra, Gujarat, and Rajasthan. It, however, cannot be dismissed as one-off events, since poor air quality and its impact on health has become a significant concern for Mumbai not just during winter, but throughout the year. I have been urging the BMC to issue health advisories but it has failed to take the matter seriously,” said Abdulali, also the convenor of Awaaz Foundation.

Senior scientist Gufran Beig, founder and project director of System of Air Quality Forecasting and Research (SAFAR), has also been urging the state government and urban local bodies to start issuing health advisories and alerts on days the air quality is bad.

Every municipal body in the 132 cities found to have poor air quality is required to put out an alert in such cases, the Centre’s National Clean Air Programme (NCAP) stipulates. The plan for AQI forecasting and sending health alerts will raise public awareness, which will ultimately result in a reduction in health risk, activists say. 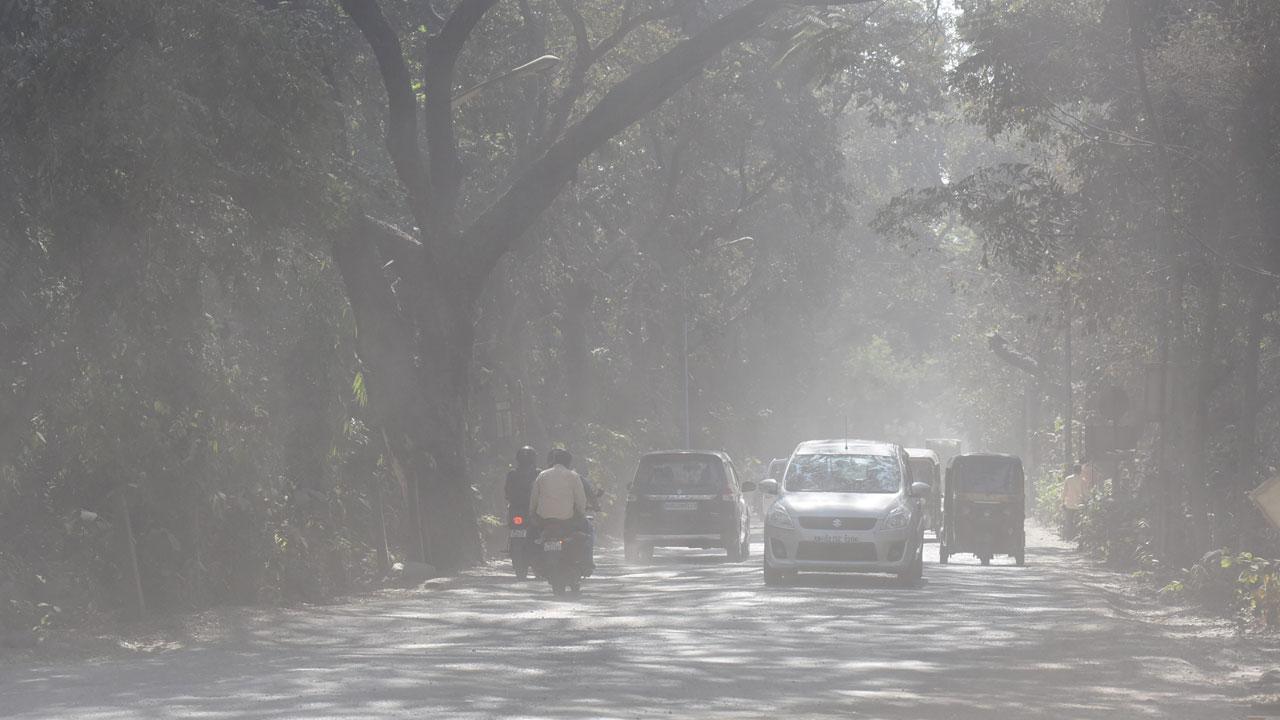 Despite geographical advantages and favourable meteorology, air pollution is rapidly becoming a matter of concern in Maharashtra, especially in Mumbai. Over the past two weeks, AQI has been in poor to very poor categories.

Several studies have already shown the impact of air pollution on not only respiratory organs but also brain and reproductive organs. Last year, a first pan-India study conducted by scientists from four institutes found a direct correlation between air pollution and health. The study stated that areas with poor air quality and higher emissions of particulate matter (PM) 2.5 are more likely to have COVID-19 infections and related deaths.

Transportation accounts for 30.5 per cent of Mumbai’s air pollution (which makes it the city’s most significant source of pollution) followed by industries and the power sector (18%), domestic burning or garbage burning (15%), and wind-blown pollutants (15%), which has a significant impact on construction dust.”

Actor Dia Mirza took to Twitter to raise her concern about deteriorating air quality in the city. “Children are practising their sports day march past. The #AQI is very poor and the health advisory is to avoid extended outdoor exposure. Are the schools in #Mumbai receiving any advisory/guidelines to avoid exposure to toxic air?” she wrote on Tuesday.

“Mumbai’s air quality is worse than that of Delhi despite being the coastal city, On Friday morning PM2.5 level was 308 compared to Delhi’s 259,” tweeted @AdbaleRahul.