Despite 6 per cent increase during pandemic, Marathi-medium institutes saw 50 per cent overall drop since 2012-2013 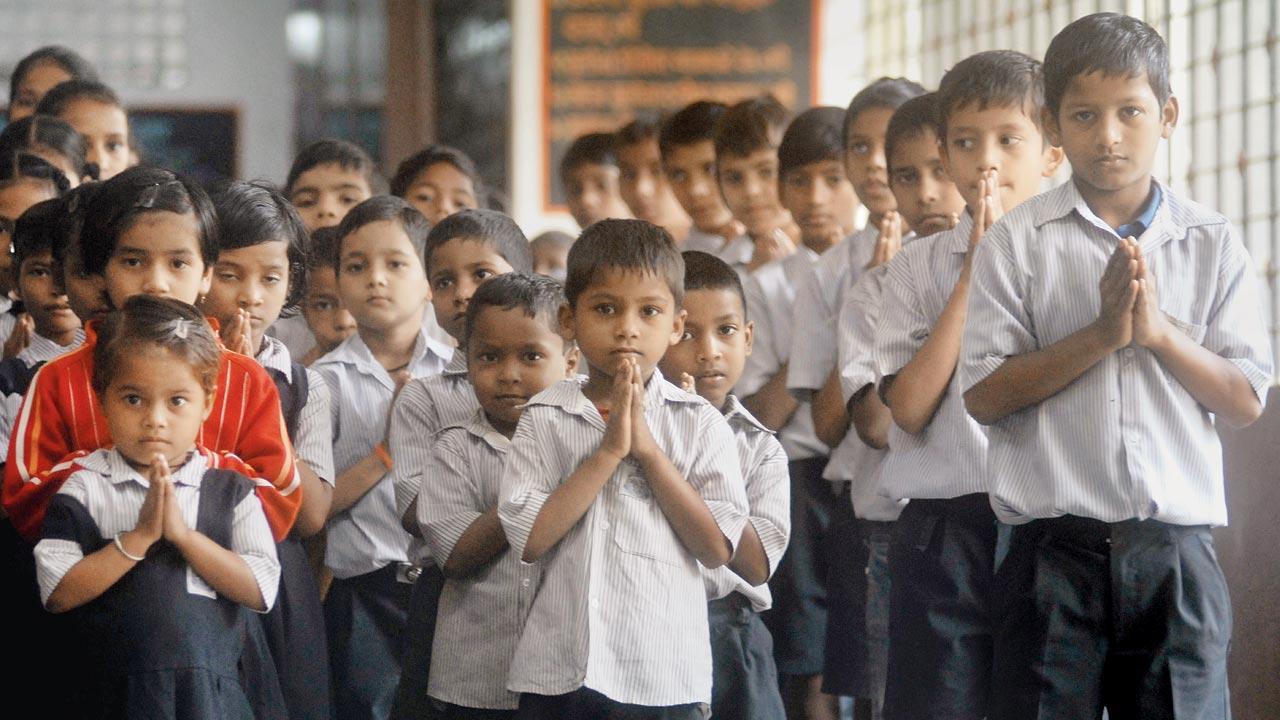 The report is based on a survey by NGO Praja Foundation and information gathered under the RTI Act. File pic


While enrollments in Brihanmumbai Municipal Corporation (BMC) schools seem to have increased by six per cent from the academic years 2018-19 to 2021-22—during which the world was in the grip of the pandemic—a 10-year trend shows that they have been seeing a continuous drop.

A report titled State of Municipal Education in Mumbai, which was released on Monday by a city-based NGO, Praja Foundation, reveals that the overall enrollment of students enrolled in BMC schools has declined by 27 per cent in the past 10 years (between 2012-13 and 2021-22).

The report, which is based on a survey carried out by an NGO and information gathered under the RTI Act, states that during the period in question, Marathi, Hindi and Urdu-medium civic schools saw a fall in enrollment by 50 per cent, 44 per cent and 30 per cent respectively.

Also read: Mumbai: Measles vaccination goes slow with only 5 per cent kids getting dose in 3 days

At the same time, the municipal English-medium schools have seen a 77 per cent rise in enrollments in the past 10 years.

While the civic body has failed to cover up the overall decline of 27 per cent, the BMC's rebranding initiative, which highlights the six per cent rise, garnered huge success.

Milind Mhaske, CEO of Praja Foundation, said the trend of increase in enrollment in government-run schools in post-pandemic years has been seen across the country. "This also happened in BMC-run schools where BMC registered a six per cent increase in overall enrollment as compared to two years of the pandemic. Many people for whom private school education became unaffordable shifted to government-run schools and BMC schools in Mumbai. The Mumbai civic body should take this transition seriously and get accountability into the system."

Mhaske added, "The BMC has a dedicated education committee that monitors the functioning of the education department but currently there is no corporation to hold the administration accountable. The upcoming education committee should continue the trend and meet frequently and deliberate more for overall improvement in the BMC’s education system."

Elaborating on the report, Nitai Mehta, founder and managing trustee of Praja Foundation said, "The BMC should look at the proportion of students enrolled in different standards and make provisions to provide the necessary infrastructure and resources. For instance, enrollments in MPS schools increased as these schools have classes from pre-primary to 10th. This indicates that parents are accessing BMC schools for their child’s education and the BMC should take this as an opportunity to further improve its education system."