Operational for barely three months, leakages start in a compartment of Metro train and at Kandarpada Metro station on the Metro 7 and 2A route 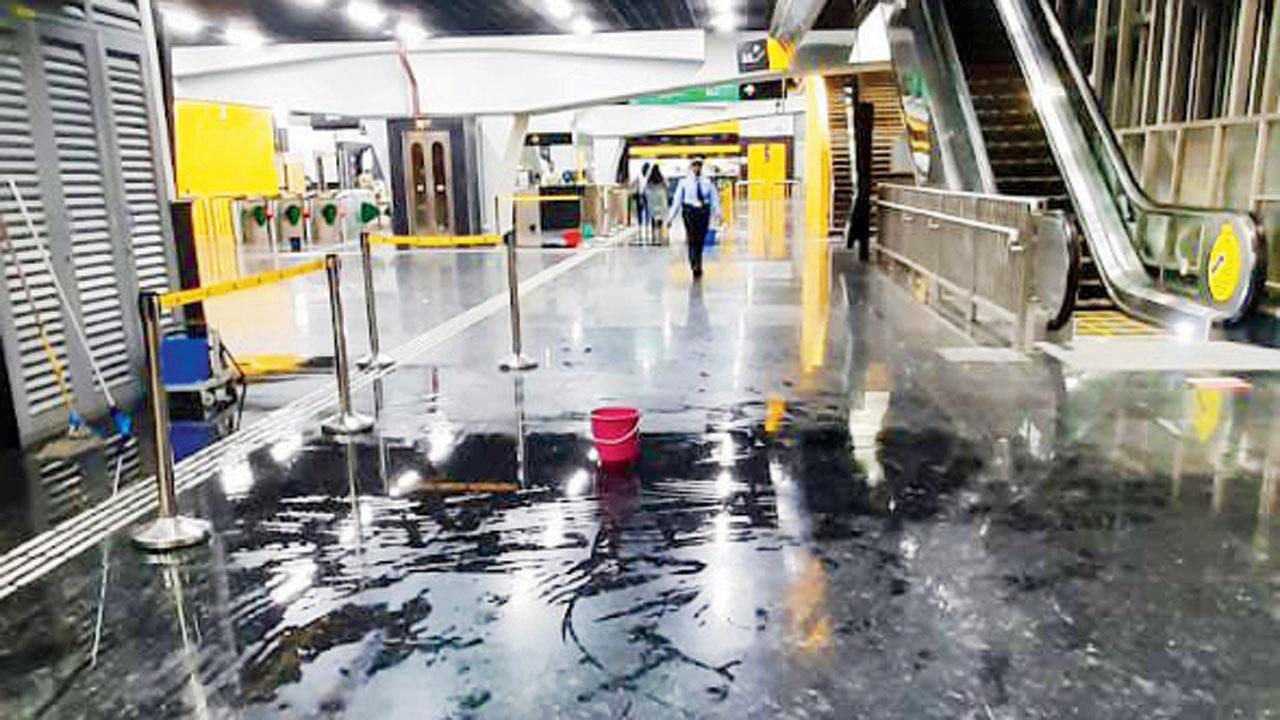 Buckets, as seen in the picture, are placed to collect rainwater leaking from the roof of Kandarpada Metro station


Metro lines 7 and 2A, which were opened to the public recently, are marred with leaky roofs, complained a commuter who shared with mid-day photos of the leakage inside a compartment and at a station on the routes.

Phase 1 of Metro Line 2A connecting Dahisar to Dahanukar Wadi and Metro Line 7 between Dahisar and Aarey were inaugurated on April 2. Operational for barely three months, the infrastructure seems to have already developed wear and tear.

Commuter Asita Kaushik told mid-day, “This Metro corridor is helping us commute faster compared to the road, but I had a poor experience. Not only did I see water leakages at the station, but there was leakage inside the Metro train compartment, too.” 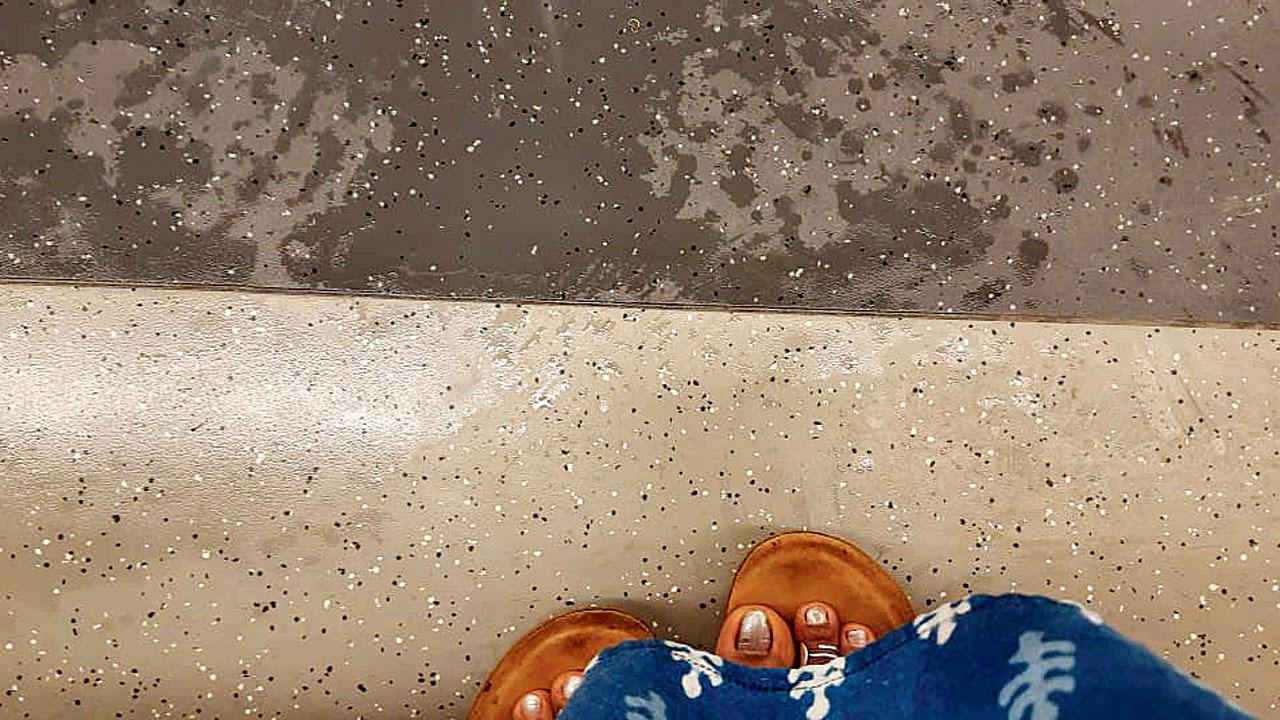 The floor of a Metro train after leakage

Kaushik took a Metro train from Aarey to Kandarpada Metro station around 7.45 pm, and noticed water on the floor from the leakages inside, as it was raining. As she reached Kandarpada and headed to the exit, she noticed buckets at the concourse level of the station. The buckets were placed to collect the rainwater that was leaking, she said.

“The authorities should take note of these issues on the station as well as inside the train, as the wet floor can be dangerous for citizens,” Kaushik added. Officials mid-day contacted refused to comment about the complaints. The MMRDA operates 10 Metro trains daily in service on this 20-km route, from 6 am to 10 pm.

Even after the launch on April 2, passengers had complained of technical glitches, which were resolved. Later on, many commuters had praised MMRDA for facilities such as drinking water, toilets and tactile pathway—designed with international standards—which helps  visually impaired commuters find their way without much inconvenience.