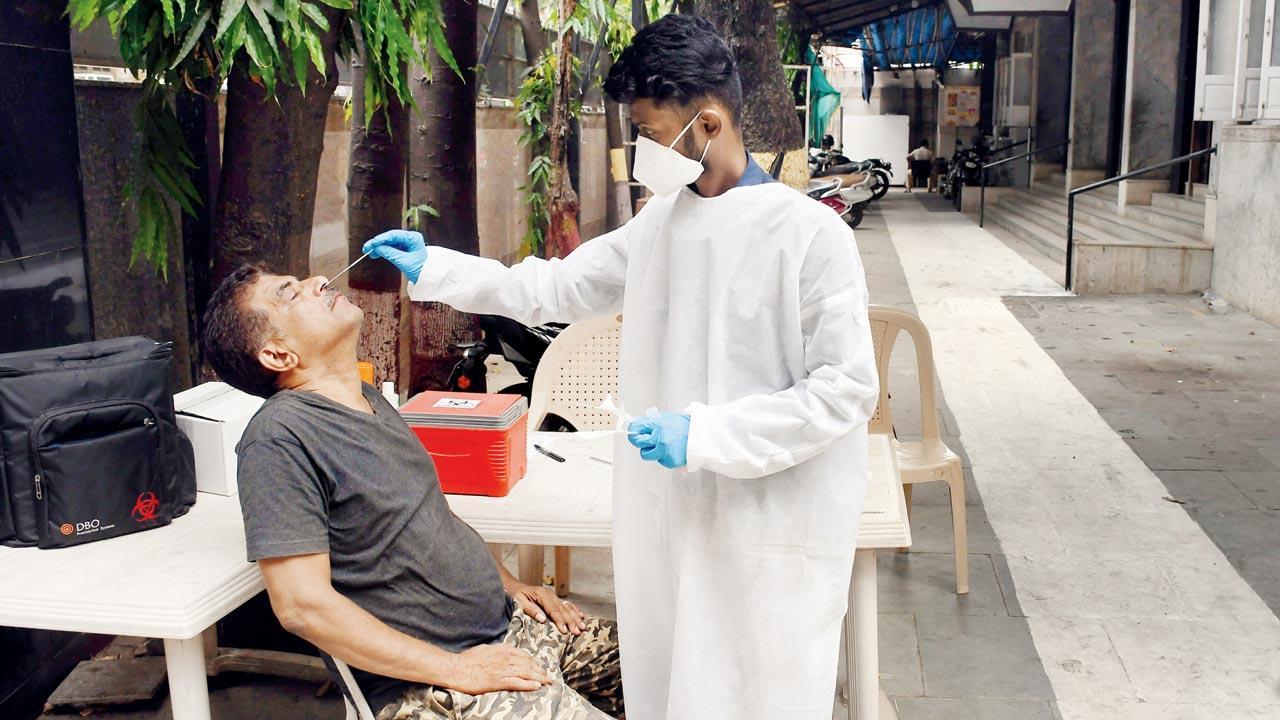 A man is tested at BYL Nair Hospital in June. File pic/Ashish Raje


Mumbai's daily Covid-19 cases continued to see a decline as 695 cases were registered on Wednesday. Though the cases are marginally higher than Tuesday, they are almost 60 per cent less than last Wednesday. There was no death in the city. The state recorded 3,142 more cases and seven deaths.

Last Wednesday, on June 29, 1,504 cases were reported with 14,129 tests conducted. The TPR was 10.6 per cent. According to the Brihanmumbai Municipal Corporation (BMC) report, 10,903 tests were conducted and the city’s TPR was registered 6.4 per cent on July 6.

The state registered 3,142 cases including 1,292 from MMR on Wednesday. In MMR, Thane Municipal Corporation and Navi Mumbai reported 145 and 115 cases respectively, the highest after Mumbai. While Mira-Bhayandar registered 27 cases,  Raigad saw 89 cases, Vasai-Virar had 38 cases and Panvel had 68 cases. There were three deaths in MMR.

Next Story : Mumbai monsoon: Over 200 mm rainfall cripples life in Vasai and Virar