Mumbai: Did MIDC give Rs 185-cr contract to blacklisted contractor? 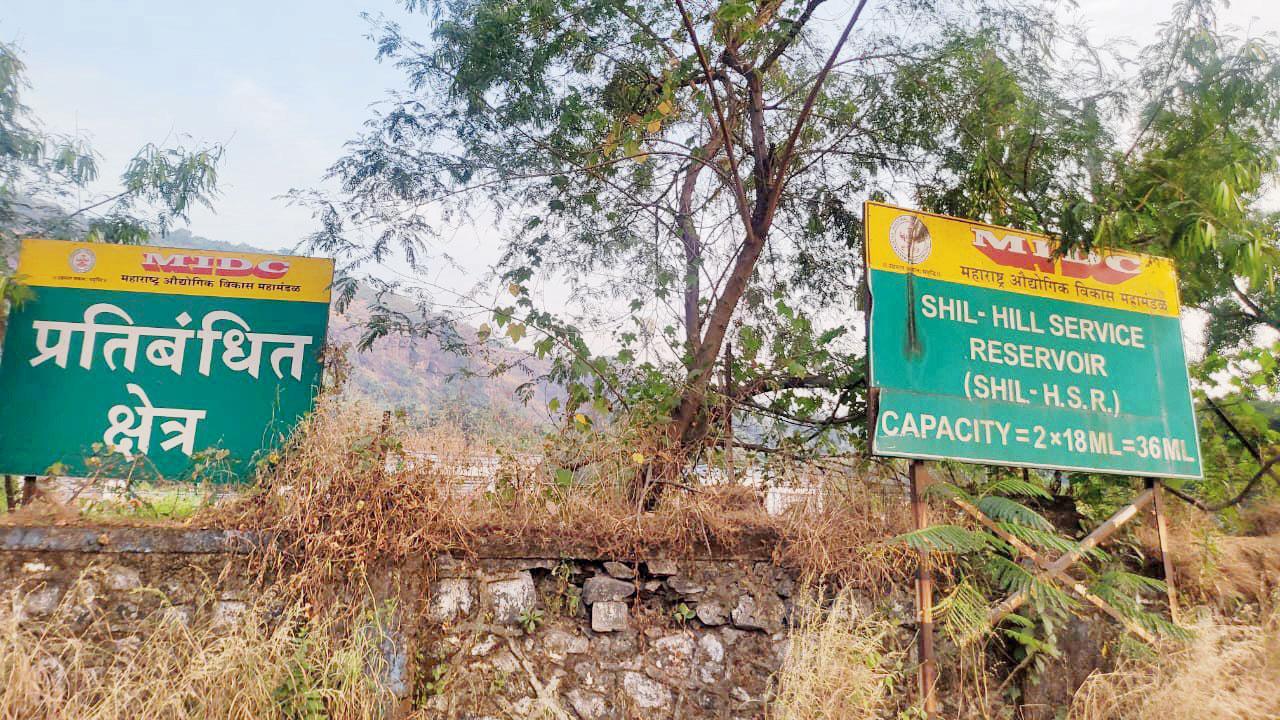 
Barred by the BMC for three years over shoddy road work in 2017, R K Madhani & Co still managed to bag multiple contracts worth Rs 185 crore from the MIDC in 2020. The whistleblower said that the firm had submitted an affidavit for the work in Navi Mumbai in 2019, claiming that the company was not blacklisted or banned or asked to deregister by any government or other competent authorities. mid-day has copies of the BMC order blacklisting the firm as well as the R K Madhani & Co’s affidavit.

The whistleblower, advocate Bhaskar Parab, claimed that R K Madhani & Co submitted a misleading undertaking to win the contract. The firm has refuted the allegations and said that they complied with all the norms and did not hide any facts. Following an inquiry into sub-standard road quality in the city, the Brihanmumbai Municipal Corporation had, on March 22, 2017, issued a notice to R K Madhani & Co deregistering the firm for a period of three others. The civic body had taken similar actions against five other firms as well at that time. 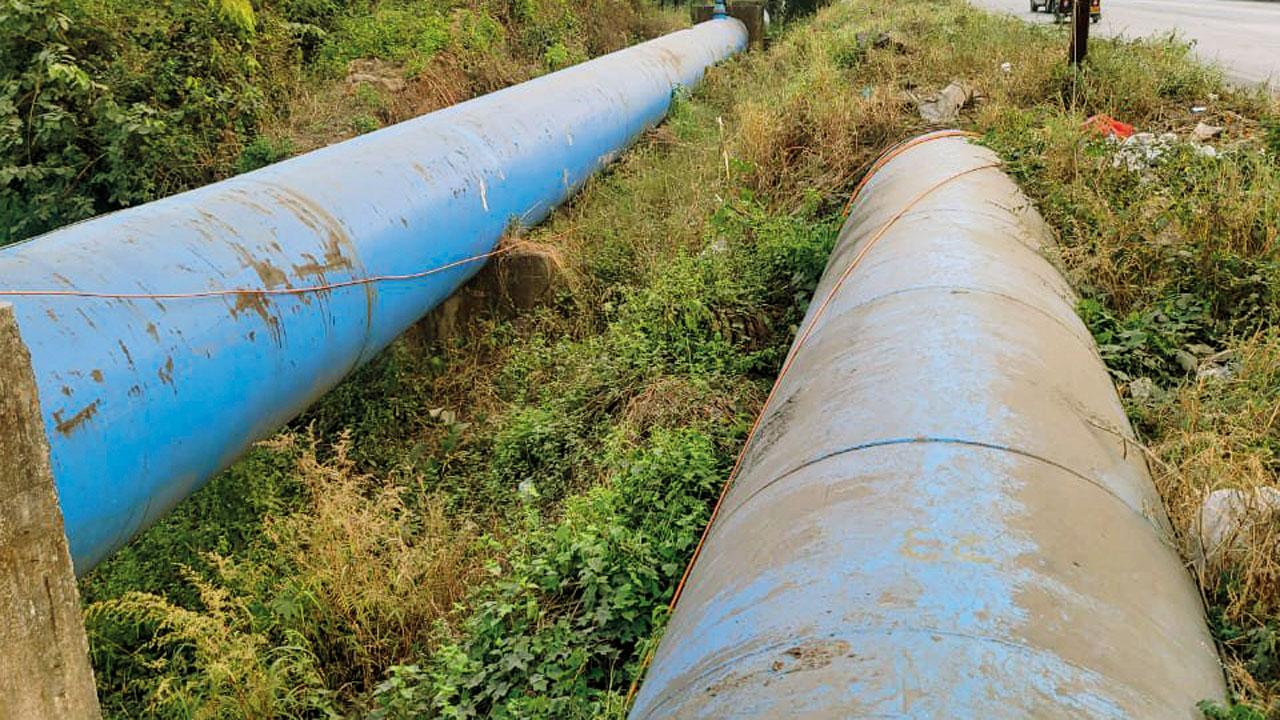 R K Madhani & Co has bagged several contracts from the MIDC, including the one of the pipeline work seen in this image, so far

The firm, however, in its undertaking to the MIDC in the form of an affidavit in 2019, claimed that the company was not blacklisted or banned or ordered to deregister by any government/semi-government/ public sector undertaking/urban local body/municipal corporation. Subsequently, the MIDC also awarded contracts to the firm.

After learning that R K Madhani & Co was awarded the contracts, advocate Parab had in February 2020 written to MIDC authorities, asking that they initiate action against the firm for submitting a false affidavit. “R K Madhani & Co gave false undertaking on affidavit claiming that no action had been taken against them by any administration in the past. I had informed MIDC officials about misleading information provided by a firm while bidding for the MIDC contracts. Had the MIDC administration conducted an investigation after my complaint, the firm would have been disqualified for violating the tender terms. But, instead of investigating the case, the authorities awarded the work to the firm that has been held responsible for poor quality of road work in Mumbai,” Parab said. 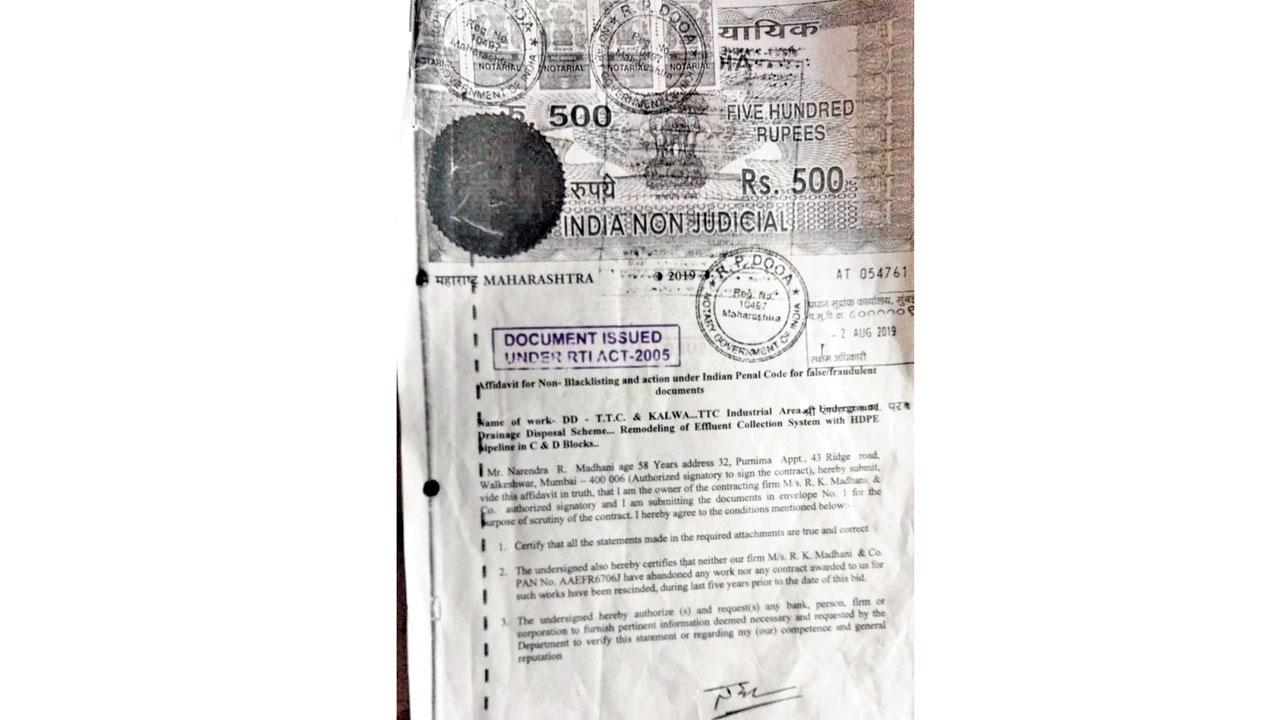 The MIDC has since awarded several contracts to the firm. In view of this, the whistleblower has now decided to take the issue to the state secretariat. “The Eknath Shinde-Devendra Fadnavis government should order an inquiry into why MIDC officials ignored the letter warning them of the firm or if they had conducted any probe before awarding the contract to the firm which has come under the scanner for substandard quality of work. If the letter of warning was ignored, then punitive action should be taken against the errant officials,” said Parab.

MIDC CEO Vipin Sharma did not respond to calls and messages by mid-day. When contacted, R K Madh-ani & Co refuted the allegations. Gyan Madhani, a partner at the firm, said, “The allegations are baseless. The company has complied with all the norms while bidding for the MIDC work. We have not hidden any facts. One can cross check with any of the MIDC authorities and I guarantee that each and every MIDC official is satisfied with our quality of work. In fact, now we have got several other work contracts from BMC too. Hence saying that ‘a firm blacklisted or deregistered by the BMC is getting work’ would be a wrong statement.”

The BMC had awarded road contracts worth Rs 2,000 crore to 16 different contractors. However, after the work was done, it received several complaints about the bad quality of work. The BMC then ordered a probe and found serious malpractices on part of civic engineers who faced departmental enquiry and were then put behind bars. Then BMC chief Ajoy Mehta had also ordered notices against six top contractors, including R K Madhani & Co, for the bad quality of work.

Next Story : Covid-19: Mumbai cases drop to under 10; no fatalities