Eknath Shinde, others in the Shiv Sena had sought a pact with the Congress and Nationalist Congress Party to topple the Devendra Fadnavis government much before the 2019 experiment, claims Ashok Chavan 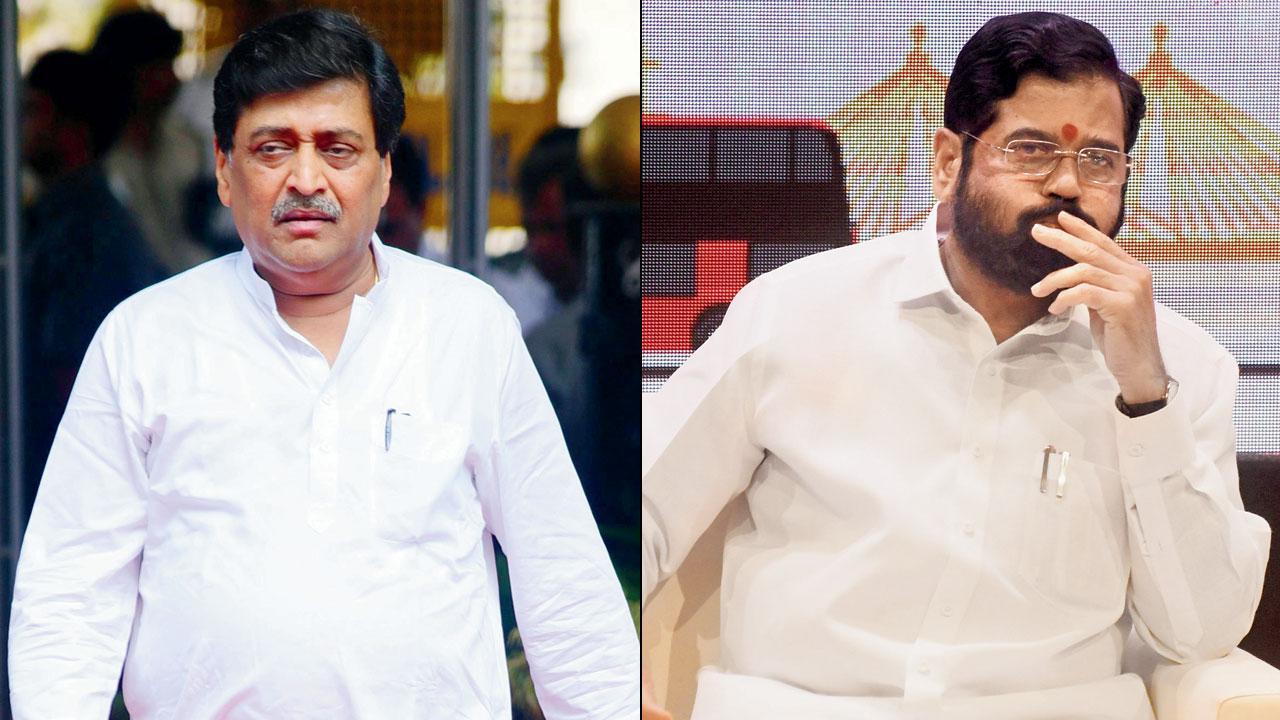 Ashok Chavan (left) said he told the Sena delegation that Eknath Shinde was part of, to discuss the proposal with NCP supremo Sharad Pawar. File pics


In a revelation that puts Chief Minister Eknath Shinde in the dock, former chief minister Ashok Chavan has said that the Shiv Sena, including Shinde, wanted to topple the Devendra Fadnavis government, which it was part of between 2014 and 2019, by joining hands with the Congress and Nationalist Congress Party.

The Congress leader told local reporters in Nanded on Wednesday, “The Sena didn’t want to be with the BJP when it was in the Devendra Fadnavis government. A delegation of Sena leaders that included Shinde, had come to me with a proposal that the three of us (parties) form a government. The delegation met me at my Mumbai office.” According to Chavan, he had suggested the Sena discuss the proposal with NCP supremo Sharad Pawar. “I don’t know whether they met Pawar or not,” he added.

Though the plan didn’t work out even when the conflict between the BJP and Sena was at its peak ahead of the BMC polls, it took shape in the form of the Maha Vikas Aghadi in 2019. Shinde broke away from the Sena calling the MVA an unnatural alliance. Chavan had replied to a question regarding the MVA and Shinde’s justification of parting ways with Shiv Sena Chief Uddhav Thackeray in June this year.

Following Chavan’s statement, the Sena’s ex-MP from Aurangabad, Chandrakant Khaire accused Shinde of plotting a split in the party by defecting to the Congress when Prithviraj Chavan was the CM.

“Shinde wanted to defect to the Congress with 15 MLAs, but it didn’t happen despite follow ups. It is also true that some leaders including Shinde had gone to Ashok Chavan with a proposal to form a three-party government to throw the BJP out,” said Khaire.

Khaire added that Shinde stopped in his tracks when the Sena leadership learnt about his defection plan. “It means that Shinde betrayed the Sena even then by wishing to join the Congress. Now he questions the party’s government with the Congress. He did not quit the government, but continued to hold important departments. Shinde should tell the truth at once in front of Durga Mata. When will he stop telling lies?”

The revelation had reactions from the Sena rebel camp and the BJP. Shinde group spokesperson Naresh Mhaske dismissed Chavan’s statement as an effort to seize the Congress high command’s attention.

Taking a swipe at Chavan for his involvement in the Adarsh scam, Mhaske said the former CM was upset because of the news of his proposed defection (to the BJP). “His statements don’t warrant any importance. The leader who remained absent in a trust vote, is now calling media attention by making frivolous allegations against the CM.”

He said Khaire should verify the statements Chavan had made against the Sena leadership after losing the Lok Sabha elections. “He is trying to impress the Thackerays.” A senior leader from the Shinde camp said such a meeting (with Chavan) was not possible without Uddhav Thackeray’s approval. “Shinde could have been one of other senior leaders who approached Chavan with a proposal.”

Mumbai BJP president Ashish Shelar cautioned Ashok Chavan against making allegations. “What if we release a clip of Chavan? He will land in trouble. He is our friend. We don’t want to break customary ways of politics. We cannot speak about his personal life but we can certainly comment on his political actions,” added Shelar, reviving talks about Chavan’s defection plans, if any.