Mumbai gets 30 per cent of total rain already, IMD predicts heavy rain for next 4 days

But hit by landslide, flooding on Wednesday, even as IMD predicts heavy rain for next 4 days 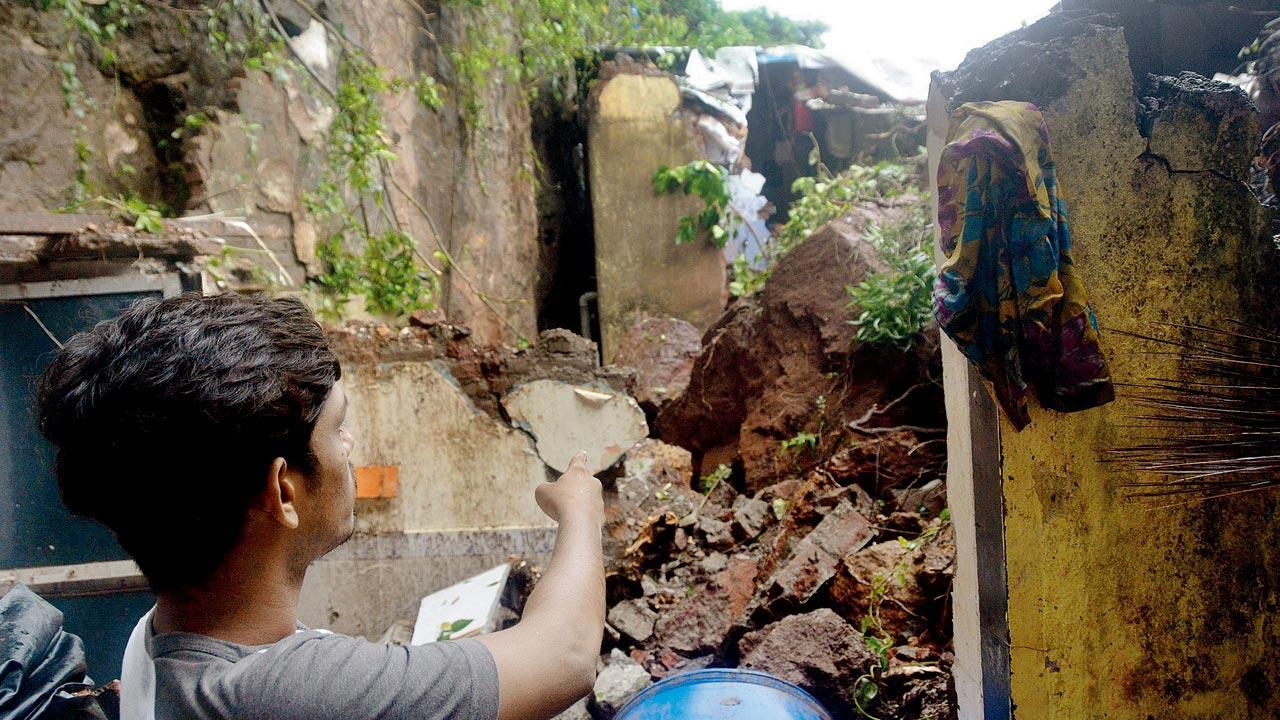 A local resident points to the portion of the collapsed chawl. Pic/Sayyed Sameer Abedi


Three people were injured in a landslide at Chunabhatti, Sion, caused by heavy rainfall on Wednesday. Many low-lying areas, including Hindmata and Gandhi Market, were flooded. A part of the hill at Nagoba Chowk in Chunabhatti came crashing on the nearby one-storey Narayan Hadke chawl. Three injured were sent to civic-run Sion hospital. The IMD has issued an alert for heavy rain in the city and surrounding districts for the next four days. Santacruz observatory recorded 926 mm of rainfall until Wednesday and Colaba 843 mm.