While Thane is also on orange alert due to the likelihood of heavy rain, Palghar, Raigad, Nashik and Pune are on red alert indicating the possibility of extremely heavy rain 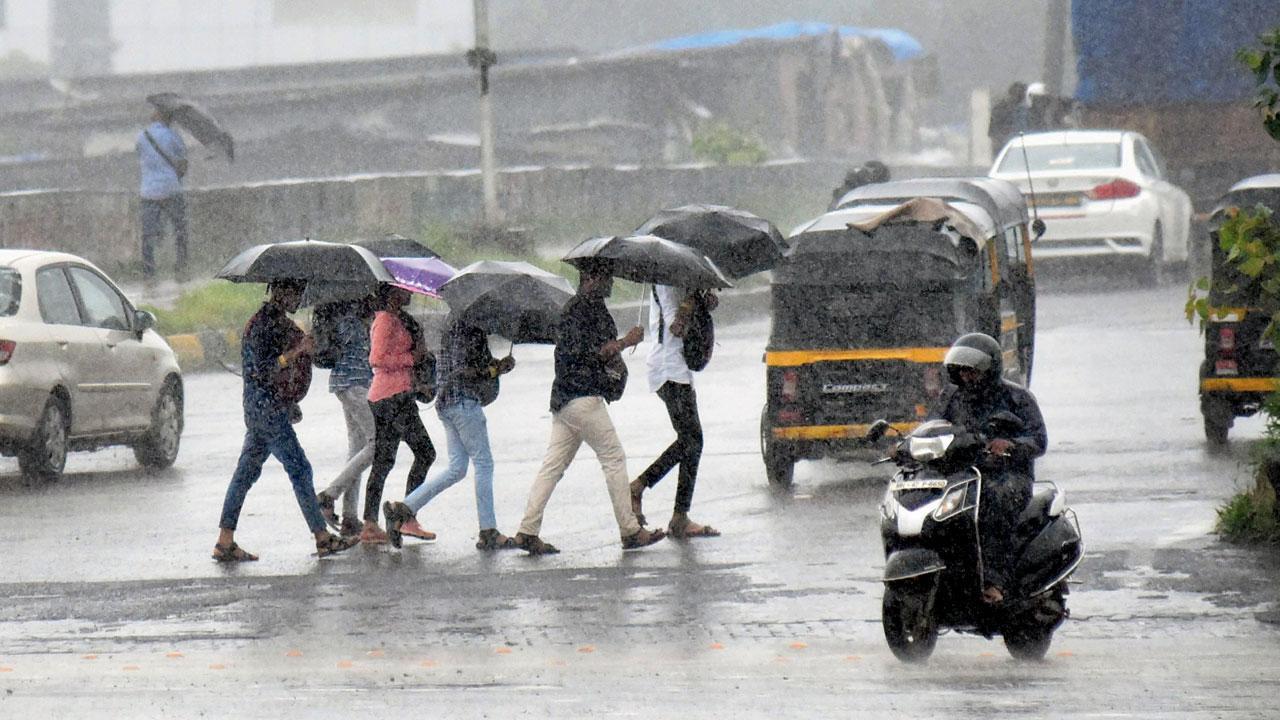 People make their way through the heavy rain at BKC, Bandra on Monday. Pic/Sameer Markande


The rain was back on Monday in the city and adjoining areas after a dry spell. While Mumbai and Thane are on Orange alert for today, Palghar, Raigad, Nashik and Pune are on Red alert due to the possibility of heavy and extremely heavy rain.

An Orange alert by the India Meteorological Department (IMD) indicates that heavy to very heavy rainfall is very likely at a few places. A warning has also been issued to fishermen by the IMD. In the past 24 hours ending at 8.30 am on Monday, IMD’s Santacruz observatory recorded rainfall of 34 mm, while the Colaba observatory recorded a rainfall of 54 mm during the same period.

“The rain will pick up pace from Monday evening and morning on Tuesday, when heavier showers may be seen. Widespread rainfall activity with heavy to very heavy rainfall at a few places and extremely heavy rainfall at isolated places was witnessed over Konkan and adjoining ghat areas of Madhya Maharashtra in the past 24 hours and it is expected to remain the same in the next two to three days with gradual reduction thereafter. Parts of Marathwada and Vidarbha are also very likely to receive widespread rainfall with heavy to very heavy rainfall at isolated places,” said Dr Jayanta Sarkar, head of IMD, Mumbai.