The overall tally of cases stands at 11,28,433 as of Tuesday and the death toll at 19,660, the Brihanmumbai Municipal Corporation (BMC) bulletin said 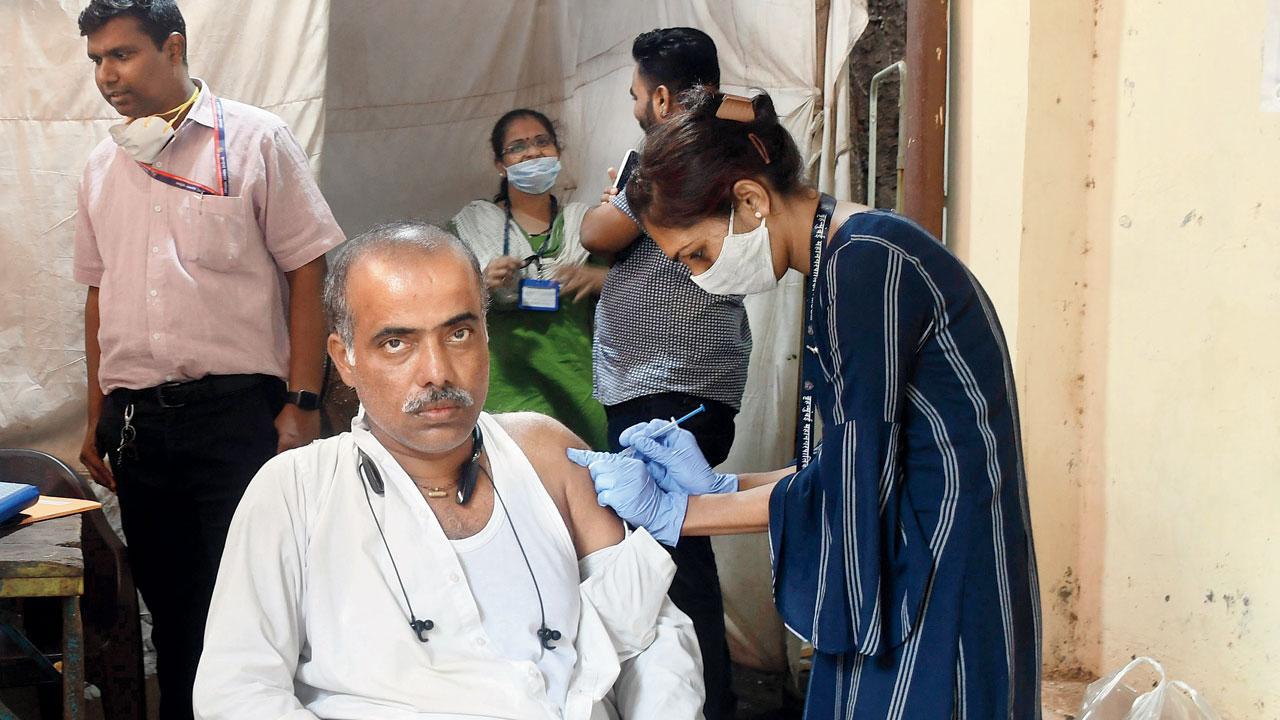 A vaccination camp organised at  the Byculla zoo. Pic/Ashish Raje


Mumbai on Tuesday reported 479 fresh Covid cases but no fatalities, while the active tally crossed the 3,000 mark, the city civic body said. This is the seventh day in a row when the city logged more than 400 new cases. A day before, the metropolis logged 407 infections and a single Covid-19 fatality.

The overall tally of cases stands at 11,28,433 as of Tuesday and the death toll at 19,660, the Brihanmumbai Municipal Corporation (BMC) bulletin said. Of the 479 new cases, only 30 patients were symptomatic while the rest 449 were asymptomatic, it said.

The city has been witnessing a steady rise in the daily Covid-19 cases for the past few days. The tally of active cases in the city surged past the 3,000-mark to reach 3,127. A day before Mumbai had 2,977 such cases. A total of 6,580 tests were conducted in the last 24 hours in the city, taking the number of samples examined for detection of coronavirus so far to 1,79,04,139. Mumbai’s tally of recoveries rose to 11,05,646 with more 329 patients discharged from hospitals, the bulletin said.

On Tuesday, the state reported 1,782 new and seven  deaths. The state’s Covid-19 case tally rose to 80,62,519. Apart from two deaths in Pune and Kolhapur, Satara, Ratnagiri and Ahmednagar reported one death each. The total death toll stood at 1,48,150 and the fatality rate is 1.83 per cent as per the state health officials. Of the new cases, 781 cases were reported in the Mumbai Metropolitan Region, 426 were from the  Pune circle.

329
Patients recovered and discharged in city on Tuesday