Most roads in these areas and Nalasopara remain flooded, slowing road traffic; authorities urge people to stay away from beaches in Palghar 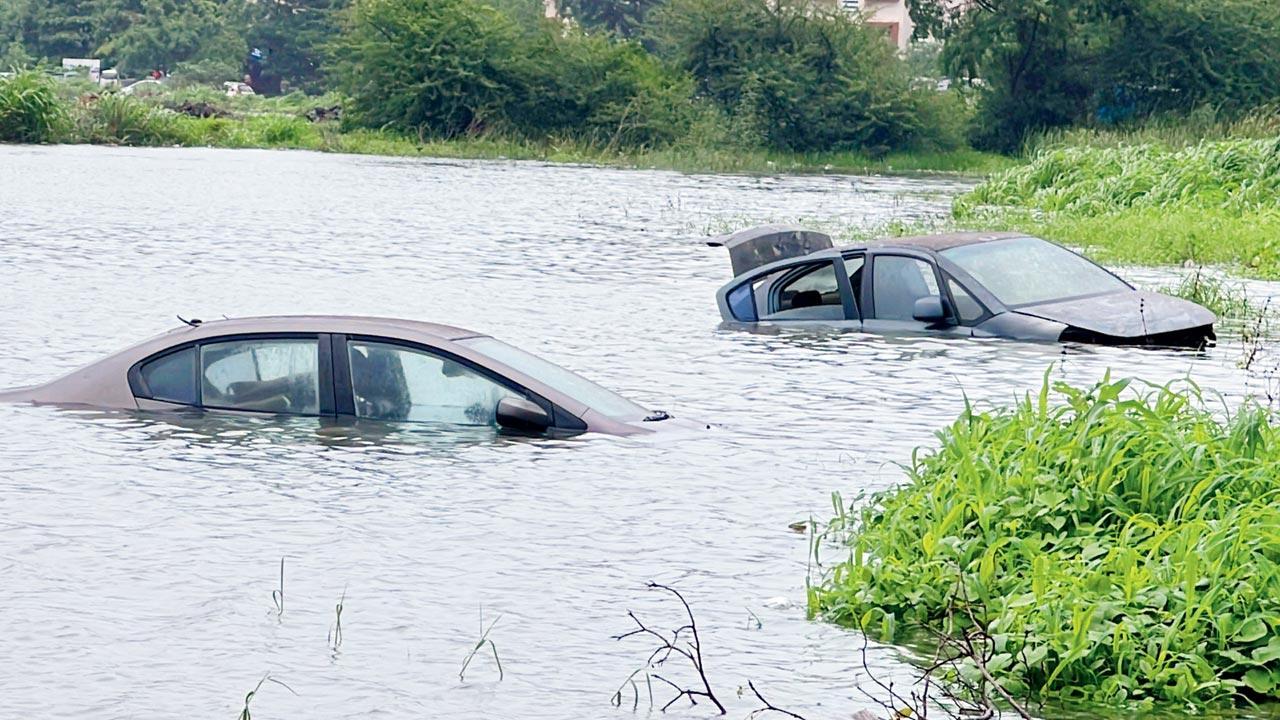 
Incessant rain has thrown the life out of gear in Vasai, Virar and Nalasopara of Palghar district, with waterlogging in most of the roads on Wednesday. Motorists had a tough time negotiating potholes on the flooded roads. Fortunately, no casualties were reported from these places. 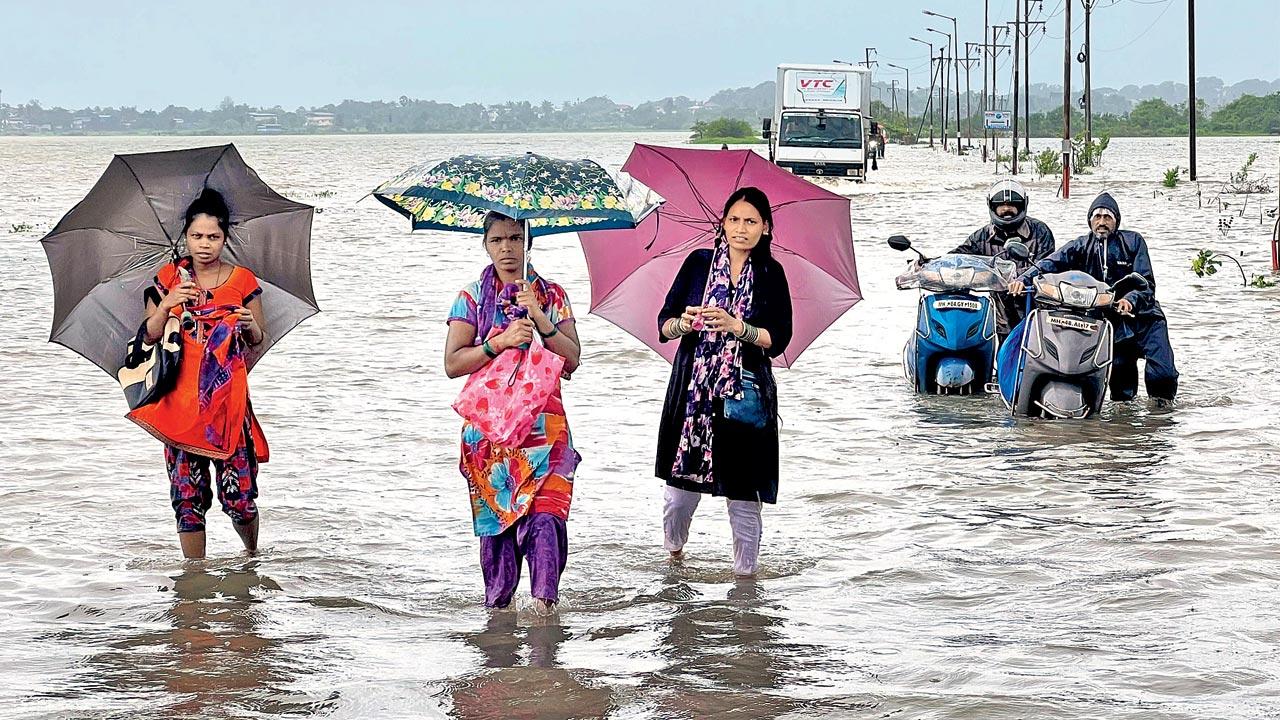 Office-goers were seen waiting at autorickshaw stands holding umbrellas but since the roads are waterlogged, fewer public transport options were available in Virar. Vegetable vendors too were scant in the semi-urban areas as buyers preferred to stay indoors amid the heavy downpours. 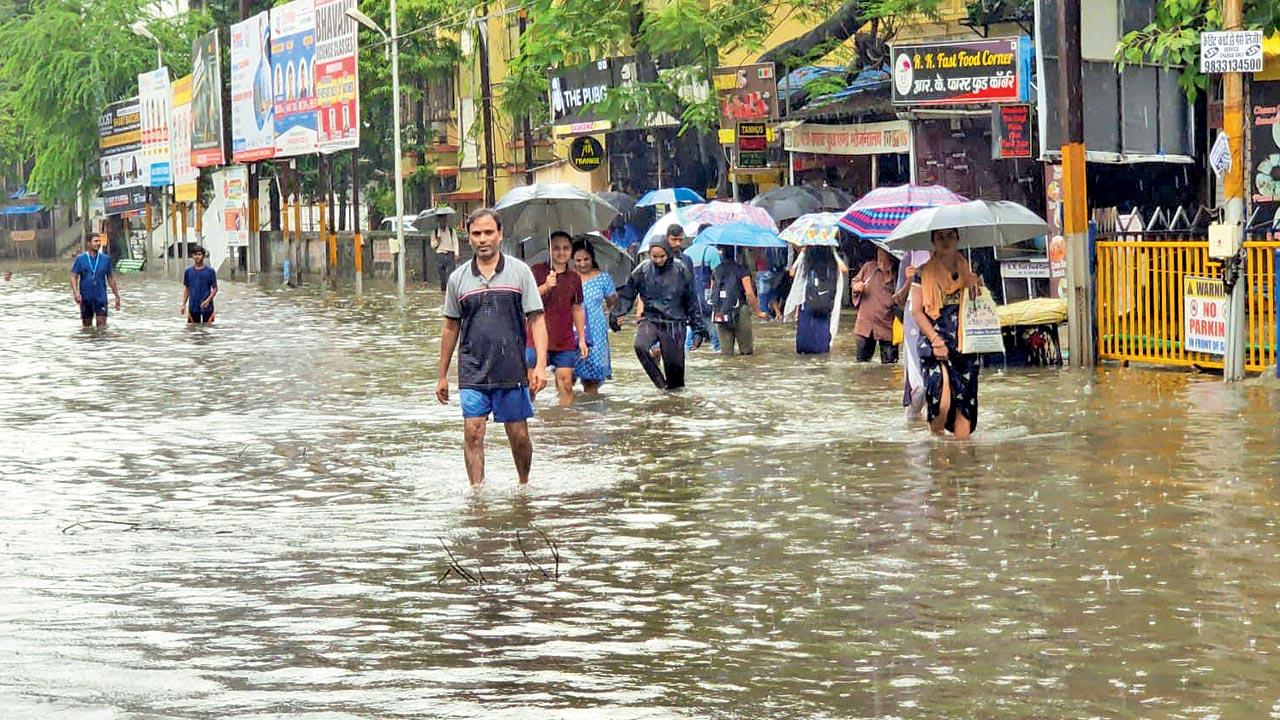 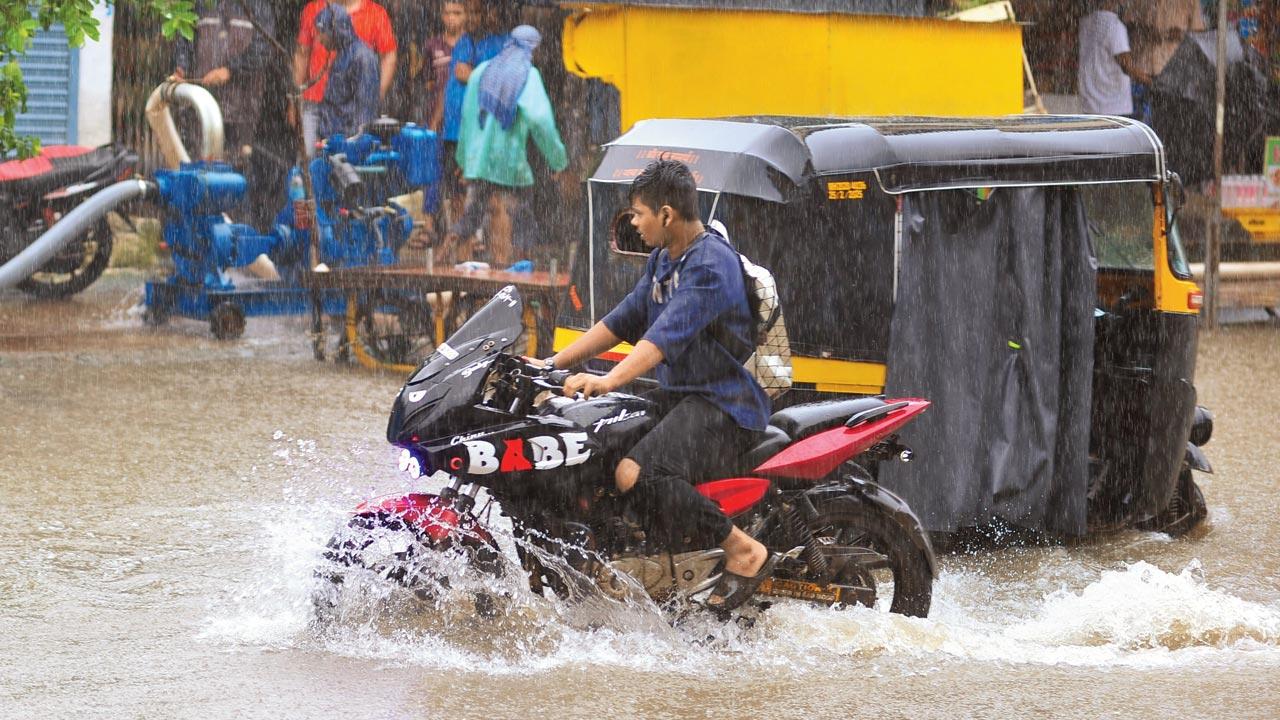 Motorists had a tough time negotiating this stretch on Achole Road, Nalasopara East

“Rain is a spoiler. My fruits would be wasted because these cannot be stored further as these are fully ripened mangoes….but the buyers are not stepping out of their home due to heavy rainfall,” said Sadique Ansari, braving the inclement weather with an umbrella in the market in Virar. All connecting roads to the market were inundated. 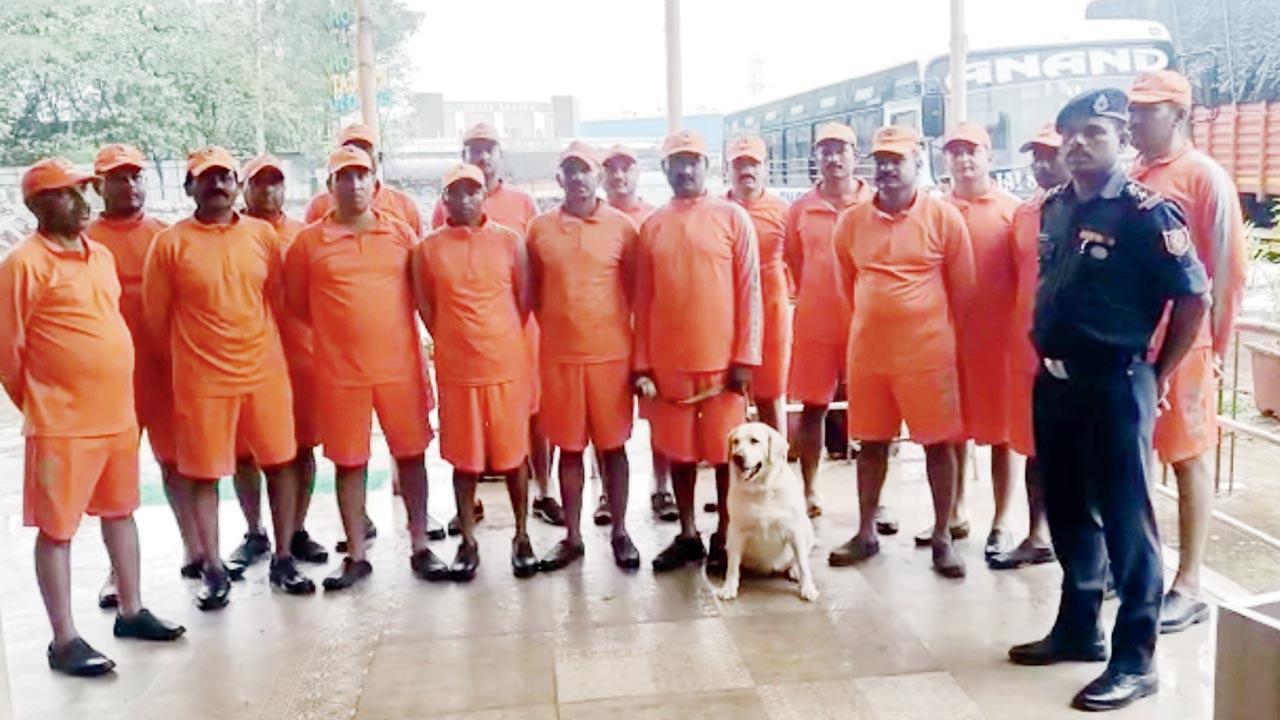 One team of NDRF has been kept on standby

Palghar Collector Manikrao Gursal told mid-day that personnel from the National Disaster Response Force (NDRF) had been called in and they were camping at a “strategic” location for quick deployment across Vasai-Virar and Palghar-Dahanu.

“The rain creates havoc in the area but there is nothing to worry about as we have made all the arrangements to safeguard people. The alert has been sounded for July 8 and one team of NDRF has been camping in Manor from where they can easily move anywhere in the district,” said Gursal.

Authorities have urged the public to stay away from the serene beaches of Palghar that attract Mumbaikars in droves, saying they can prove deadly.

“I would like to advise tourists to be careful of the rainfall and high tide. The owners of resorts nearby sea beaches have been told to discourage tourists from entering the seawater if it’s a high tide or heavy rainfall. The municipal corporations in Vasai-Virar area are doing good. If anyone is in distress, they can approach the local authority to seek immediate assistance in the monsoon,” Gursal added.

253mm
Rainfall in Virar on Wednesday

Next Story : Mumbai gets 30 per cent of total rain already, IMD predicts heavy rain for next 4 days