Mumbai: More than 96 per cent stock in lakes, but water cuts still a possibility

The seven water bodies have been overflowing but if September sees no rainfall, water supply will suffer 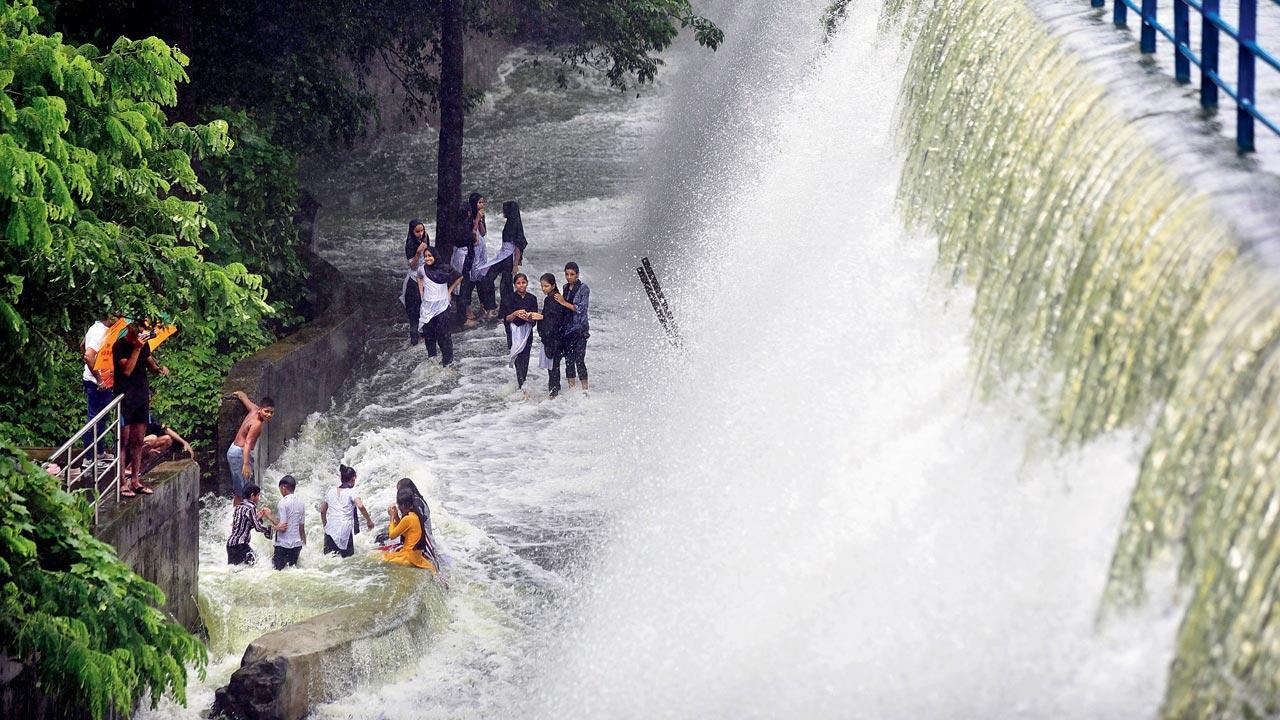 
Due to continuous rainfall, lakes are overflowing, some having brimmed over twice this season. The water stock in lakes is more than 96 per cent of their total capacity. While this is the largest mid-August stock in the past few years, it does not guarantee that the city will get water supply continuously till the next monsoon and there will be no cuts. It is a matter of record that the city faces water cuts in the wake of a dry September.

The seven lakes that supply water to the city can store 14.47 lakh million litres (ML). They provide 4,200 ML of water daily and at the end of the monsoon (September 30), if the stock is around 100 per cent, it is sufficient for the next 10 months, ie till the end of next July, considering evaporation.

This year, five gates of Bhatsa—the largest dam, which accounts for 50 per cent of the overall capacity of all lakes—have been opened while the Tansa overflowed twice. As the monsoon season is expected to last for one and half months, one would assume the water supply will be unhampered.

Though it seems logically correct, it is not the case. “If the lakes are full at the end of September, the stock is enough till next June. But if September has no rainfall and the current stock decreases, there may be an issue. If the stock drops to 90 per cent, a cut is required so that supply lasts until the next monsoon,” said Purushottam Malvade, chief of the hydraulic department of the BMC.

On August 18, 2018, the lakes had 91 per cent stock. Though there were a few showers, the following month saw less than average rainfall and lake levels dropped to 90 per cent by September 30. After a month, it plummeted to 79 per cent and the city faced a 10 per cent water cut from November 14 till July 2019.