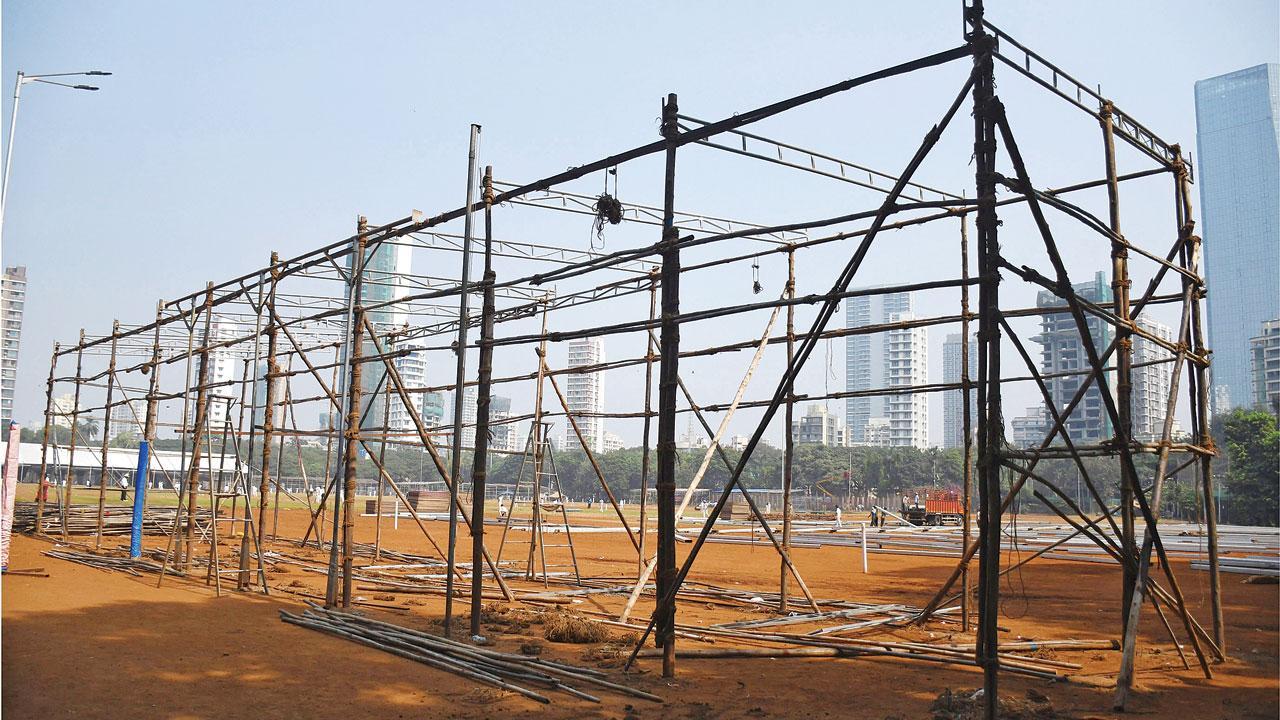 
Anyone who is willing to distribute food to people coming to Chaitya Bhoomi, Dadar West, to observe the death anniversary of Dr Babasaheb Ambedkar on December 6, needs to inform the police and the BMC beforehand. The authorities have fixed four spots for the same. Every year, lakhs of people gather at Shivaji Park to pay homage to Dr Ambedkar on Mahaparinirvan Diwas.

With a break of two years due to the pandemic, the authorities are anticipating a large number of followers this year and are making arrangements accordingly. There are also NGOs, and other institutions who provide food to people coming to Shivaji Park between December 5 and 7.

The Mumbai Police and BMC had a meeting to arrange the logistics, and as per the decision taken in the meeting, there will be four spots—near Raja Badhe chowk, the north side footpath of MB Raut Road, the footpath in front of Senapati Bapat statue and footpath behind West Side on Thakkar Road—where food can be distributed.

Next Story : Shraddha Walkar murder case: Aftab Poonawalla to be sent to Tihar Jail, will be monitored 24/7