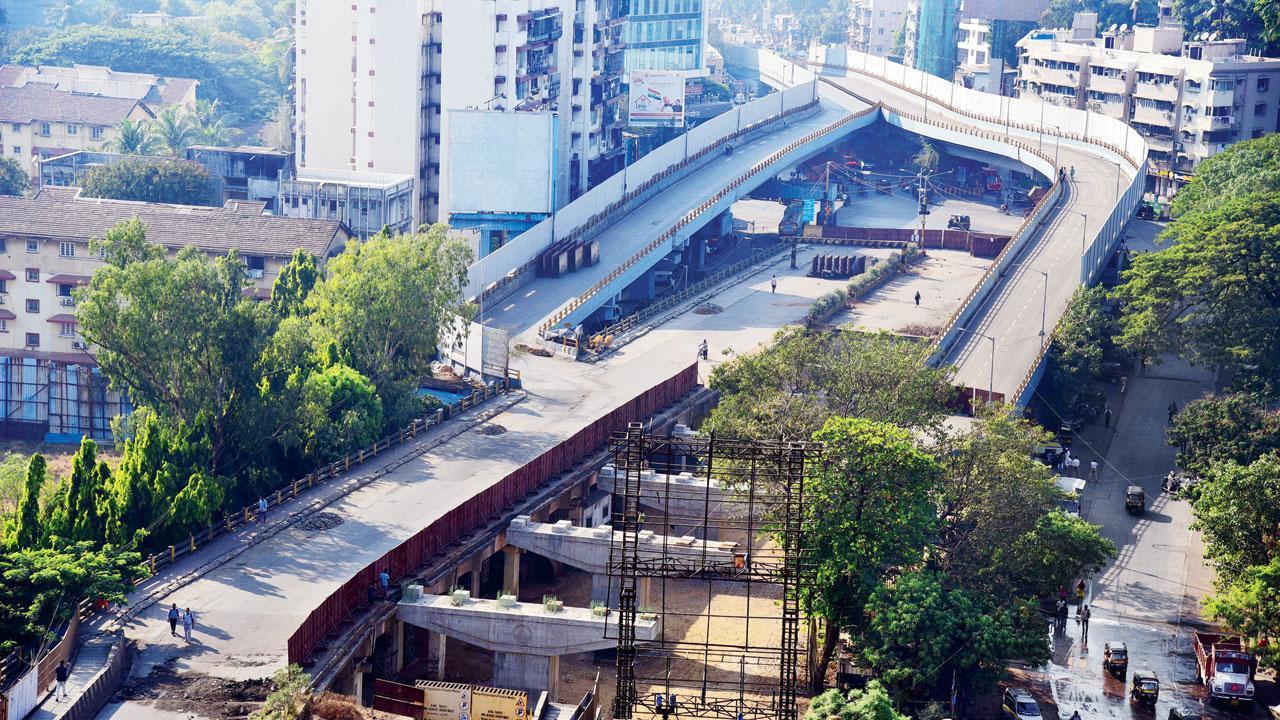 The Gokhale Road bridge in Andheri was declared unsafe in an inspection in September. It was shut on November 7. File pic/Nimesh Dave


The work on the construction of a new Gokhale Road bridge in Andheri progressed rapidly over the weekend. Western Railway opened, then granted the tender for the old bridge’s demolition within 24 hours, and the groundwork to bring down the dilapidated structure is set to begin today.

Confirming the development, Western Railway's (WR) chief public relations officer Sumit Thakur said on Sunday, “The preparatory work of pre-activities for the de-launching of the bridge will start tomorrow. The planning of the block will be taken up in 20 days, and the structural frames over the rail lines will be removed by January." The BMC has awarded the tender of Rs 74.5 crore to A B Infrabuild Limited to build the railway portion of Gokhale bridge. File pic/Nimesh Dave

Gokhale bridge was first partially shut in 2018 after a portion of the footpath collapsed on a running train, killing two people. The bridge was reopened after repairs and with additional support in 2019.
Upon inspection in September 2022, the consultancy firm hired by the BMC to inspect bridges every six months, said it can no longer stand. The firm found gaps in the support, which made the bridge dangerously unsafe, and called for its immediate closure.