The civic body has been ruled by the Shiv Sena for over two decades and the BJP has targetted it over the waterlogging issue in the city. The focus was Dadar - Hindmata where crores of rupees were spent on improving drainage issues, despite which the problem persisted this week 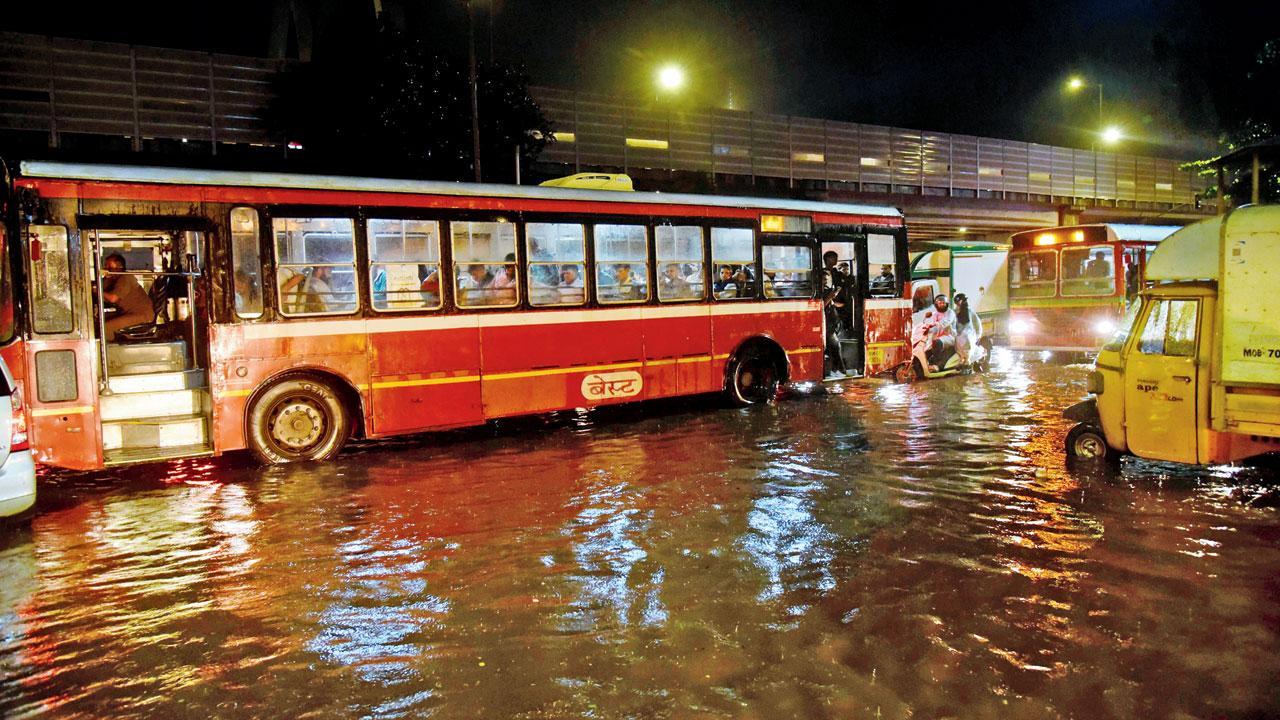 
After capturing the seat of power in the state, the Bharatiya Janata Party (BJP) has now trained its guns on the BMC. The civic body has been ruled by the Shiv Sena for over two decades and the BJP has targetted it over the waterlogging issue in the city. The focus was Dadar - Hindmata where crores of rupees were spent on improving drainage issues, despite which the problem persisted this week. Congress leaders have also blasted the Brihanmumbai Municipal Corporation (BMC) for waterlogging in the first week of rain.

“The disaster management system set up for the city is not up to the mark. This shows a lack of planning by the ruling party. Milan Subway flooded again, causing traffic congestion. As a result of the ramp, traffic moved in the Hindmata area, but underground tanks are full of water. The city witnessed waterlogging in various places which showed the planning vacuum of the ruling party to tackle it,” said BJP leader Ashish Shelar, who visited the BMC Disaster Control Room on Friday.

“This situation arose because of the negligence of the ruling party and authority. This monsoon is going to be challenging for Mumbai. It became clear in the first rain and whatever work was done has gone down the drain,” BJP spokesperson Bhalchandra Shirsat said.

“I am a resident of Hindmata and every year the BMC and Shiv Sena promise we will get relief, but nothing happens in reality. We saw the BMC spend crores of rupees on a new experiment, but that too failed the first day and we saw huge waterlogging yesterday. After spending crores of rupees there was waterlogging in Hindmata. When will people of this area get relief?” said Milind Panchal, MNS party worker.

Former opposition leader Ravi Raja also attacked the civic authority. “After the monsoon arrived properly, the city started witnessing waterlogging at various places. The BMC claimed that they have taken measures and promised that there will be no waterlogging. But it seems that all the crores of rupees of the taxpayer have drained away. In a nutshell, they have wasted citizens’ money. The BMC can’t blame the rain every time,” Ravi Raja said.

Next Story : ‘MVA government deserves full marks for its handling of the Covid-19 situation’