Mumbai on Tuesday had 5,071 active cases, out of which 409 patients are being treated at hospitals, with 19 on oxygen support 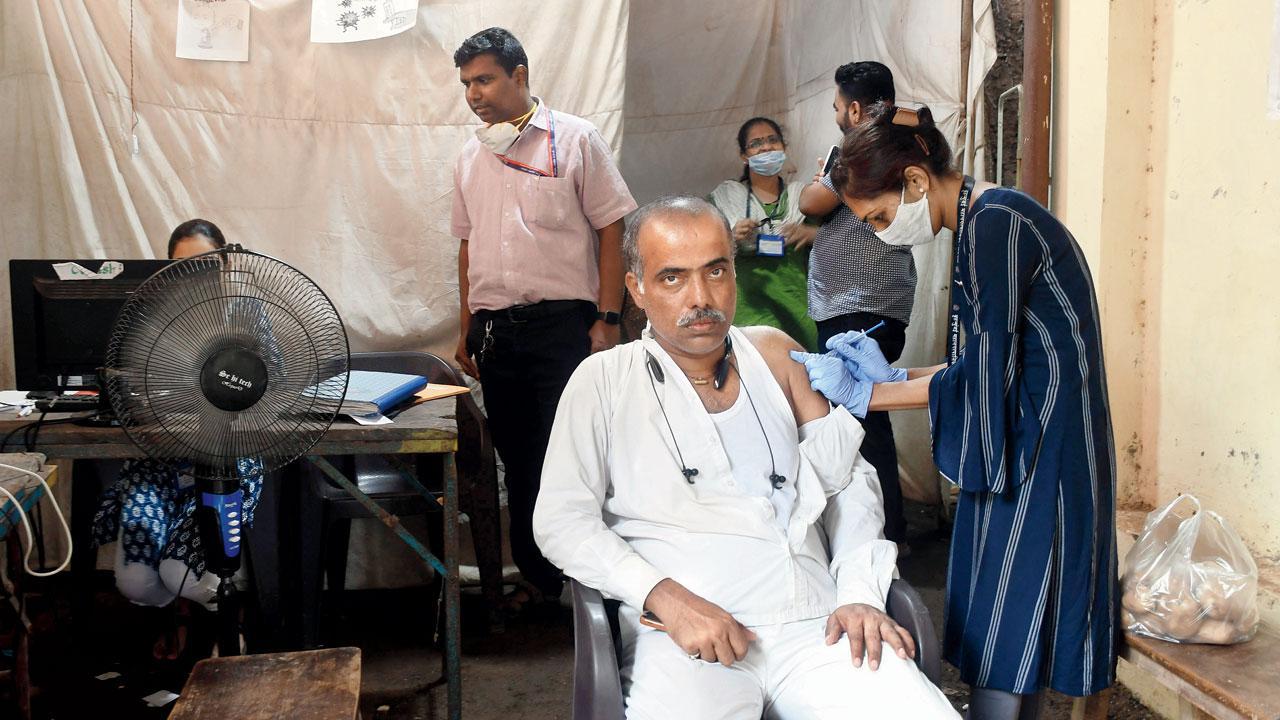 A man gets his booster dose at a Byculla health centre. Pic/Ashish Raje


Mumbai on Tuesday tested 3,499 samples for Covid-19 and 332 of them came back positive, with officials attributing the drop in both tests and infections to Independence Day holidays. However, there was no decline in the test positivity rate (TPR), which was recorded at 9.48 per cent.

Of the 332 new patients, 31 needed hospitalisation and seven were put on oxygen support. The total Covid-19 cases increased to 1,133,504 in the city.

The city reported two deaths—a 77-year-old woman and 46-year-old man, who were suffering from other ailments. The death toll stood at 19,666 on Tuesday.

Mumbai on Tuesday had 5,071 active cases, out of which 409 patients are being treated at hospitals, with 19 on oxygen support.

The state on Tuesday reported 836 cases, which took the total count up to 80,74,365, while 1224 more patients recovered and returned home. Of the 836 cases, 538 cases were reported from the Mumbai Metropolitan Region (MMR) and 121 from the Pune circle.

On Monday, the state had recorded 1,189 cases and one fatality.

Besides Mumbai, no other city or district reported any Covid-related fatalities in the state.

The state’s total death toll stood at 1,48,174 on Tuesday and the fatality rate was 1.83 per cent, according to the state health department officials.

2
No of deaths in city on Tuesday

477
Patients recovered and discharged in city on Tuesday

Next Story : Mumbai: Dahi Handi, Ganeshotsav and Navratri to turn into competing fields for BJP and Shiv Sena factions