On Tuesday, out of the 659 fresh cases, 40 patients needed hospitalisation and seven were put on oxygen support 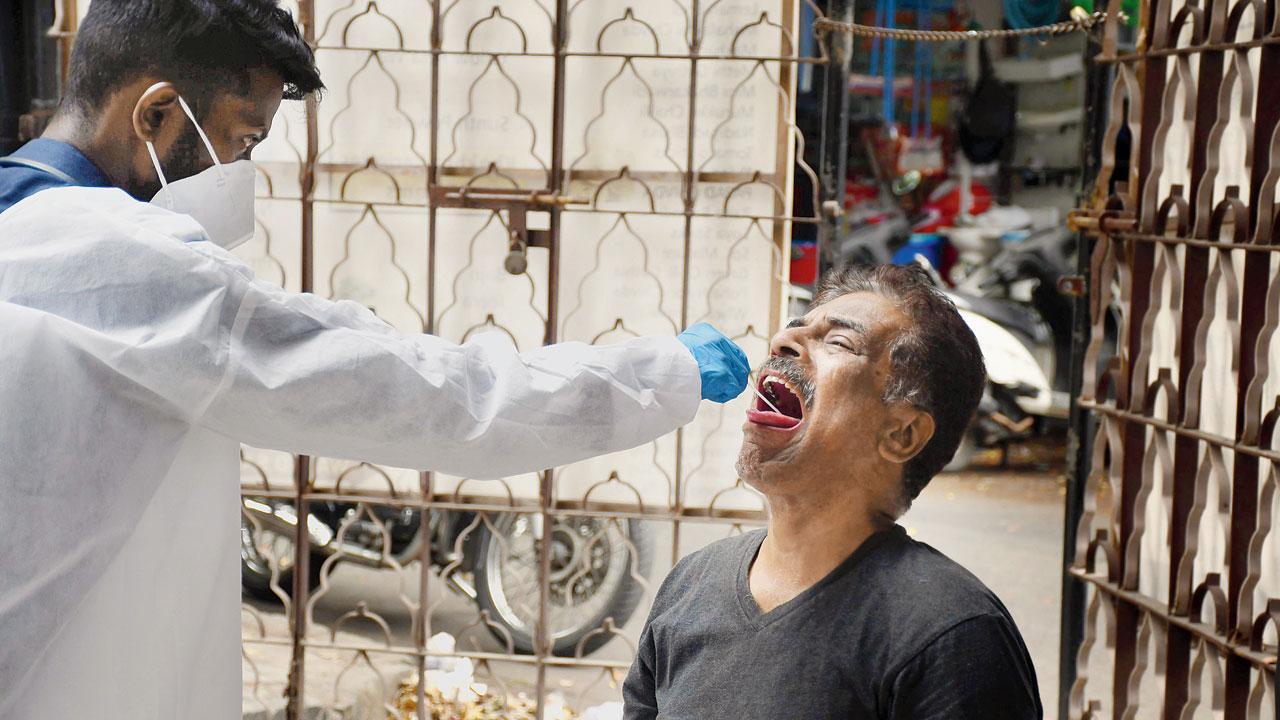 A man gets tested for Covid at Nair hospital. Pic/Ashish Raje


Even though testing was on the lower side on Tuesday, the test positivity rate jumped to 8 per cent. On Monday, the TPR was at 5 per cent. Out of the 8,276 samples, 659 tested positive for Covid-19. Only one death was reported in the past 24 hours. On Tuesday, out of the 659 fresh cases, 40 patients needed hospitalisation and seven were put on oxygen support. The total Covid tally went up to 1,116,132.

Currently, there are  6,409 active patients in Mumbai out of which 425 have been admitted to hospitals and 48 patients are on oxygen support. As per BMC officials, a 73-year-old woman suffering from other ailments succumbed to the infection. This takes the total death count due to Covid to 19,620. In the past 24 hours, more than twice the number of fresh cases—1,289 patients—recovered from Covid, taking the number of total recovered patients in the city to 1,090,103.

On Tuesday, the state reported 3,098 cases after which the total count went up to 79,89,909. On the other hand, 4,207 patients recovered and the total tally went up to 78,21,140. A total of six deaths were reported in the past 24 hours. Apart from one death in Mumbai, one death each was reported in Vasai, Pune, Satara, Solapur and in Ratnagiri. The total death toll has now reached 1,47,949 and the fatality rate is at 1.85 per cent as per the state health officials. Out of 3,098 cases in the state, 1,313 cases were reported in the Mumbai Metropolitan Region (MMR) and 1,196 patients were reported from the Pune circle.

1
No of deaths in city on Tuesday

1,289
Patients recovered and discharged in Mumbai on Tuesday