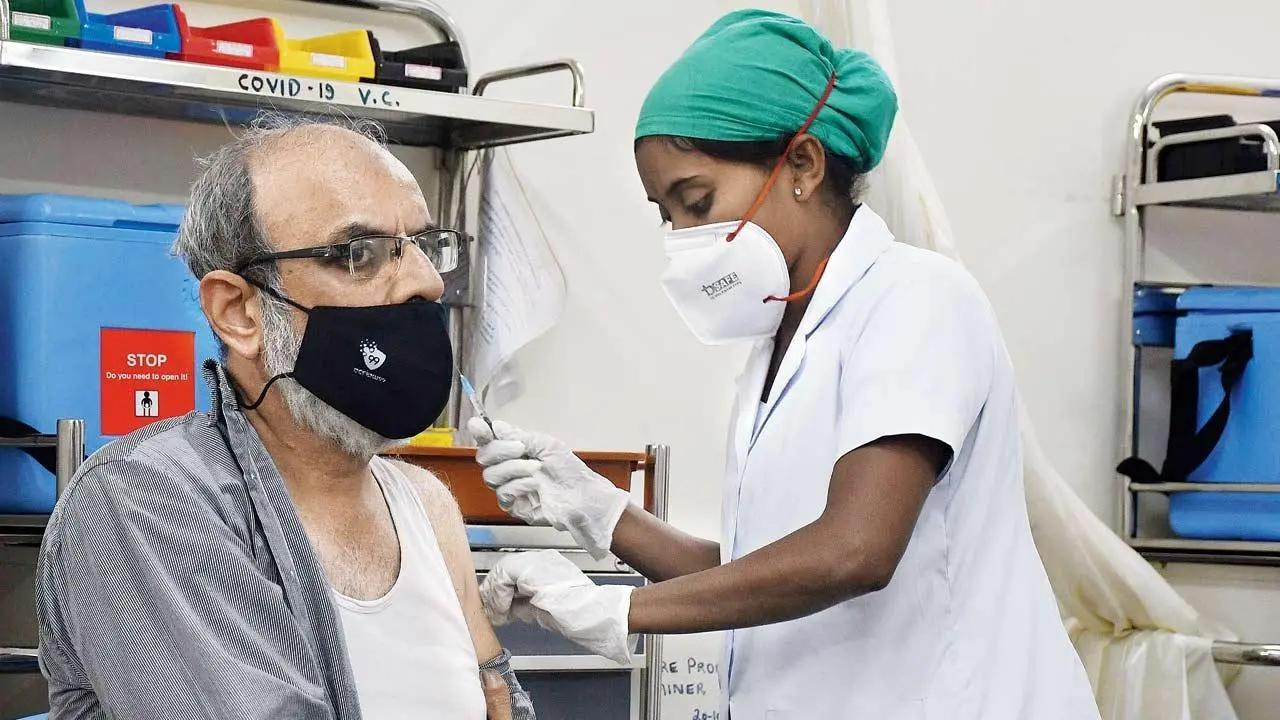 A man gets a dose of vaccine at BYL Nair Hospital on Thursday. Pic/Ashish Raje

He said only four of the 198 persons detected with the infection during the day needed hospitalisation.

With 7,179 samples being examined in the last 24 hours, the overall number of tests went up to 1,70,58,136, a Brihanmumbai Municipal Corporation report stated.

It also revealed the recovery rate was 98 per cent, the overall growth rate of cases between May 14 and 20 was 0.015 pr cent, while the caseload doubling time stood at 4,433 days.

Next Story : Maharashtra government too should reduce excise duty on fuels: Devendra Fadnavis