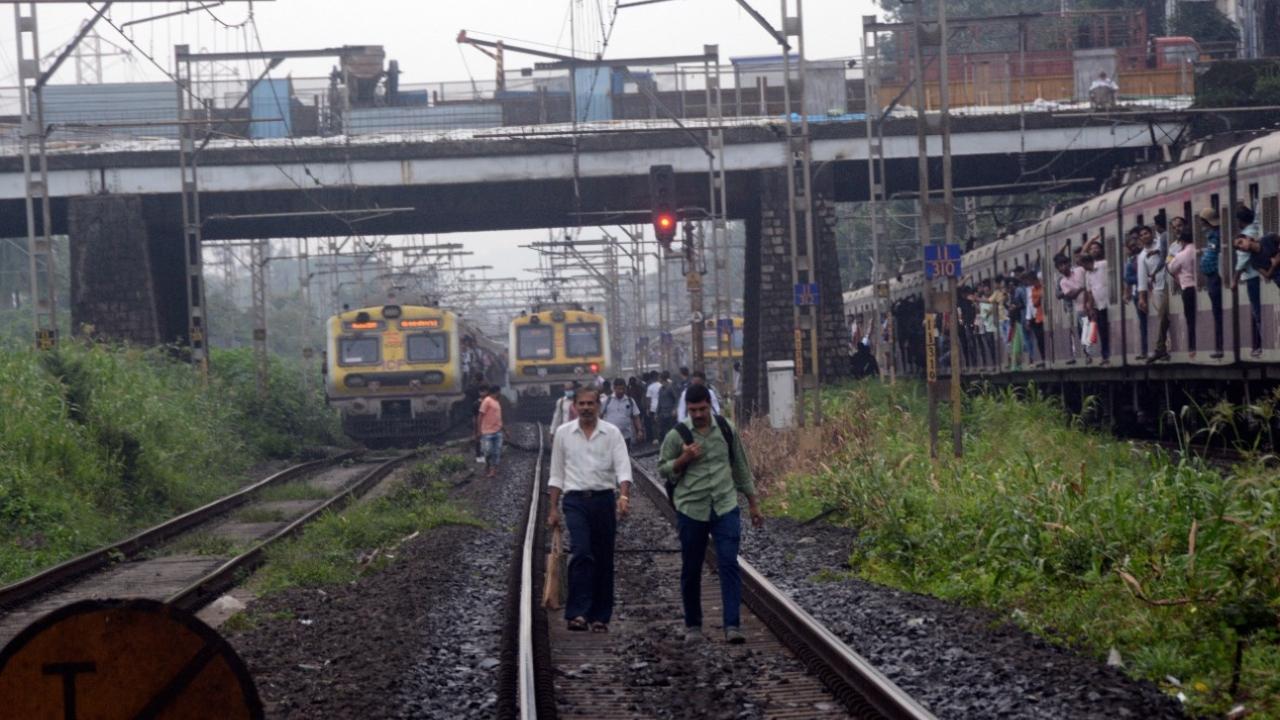 Commuters walking on tracks between Sion and Matunga railway station, due to signal problem between Dadar and Parel railway station. Pic/Satej Shinde


Thousands of Central Railway (CR) commuters were stranded on Thursday as local train services were delayed due to signal glitch between Dadar and Parel railway station during the morning rush hour.

Due to a technical snag between Dadar and Parel railway station on fast track (line 06) in Mumbai, a number of passengers, mostly office-goers, got down from the coaches between Sion and Matunga railway station, and started walking along the tracks to reach their offices. Many commuters were seen changing trains on track, while a few boarded moving trains.

Shivaji Sutar, chief public relations officer, CR said that the issue was resolved by 8.30 am but the local trains were running late by 20-25 minutes.

The problem of signal initiation at Dadar Station attended and resolved.

But, trains on main line are running late due to bunching.
For information.

Due to the disruption, the crowd in trains and on railway stations swelled during the morning rush hours. Also AC locals for Chhatrapati Shivaji Maharaj Terminus (CSMT) were overcrowded this morning. Vaishali Chandra, who travels to Bandra from Mulund for work said, "A huge crowd gathered at Mulund station as trains were late on the CR's main line this morning. At around 9.30 am, many stranded commuters waiting to go to work in south Mumbai from Mulund boarded crowded AC locals for CSMT due to the disruption." 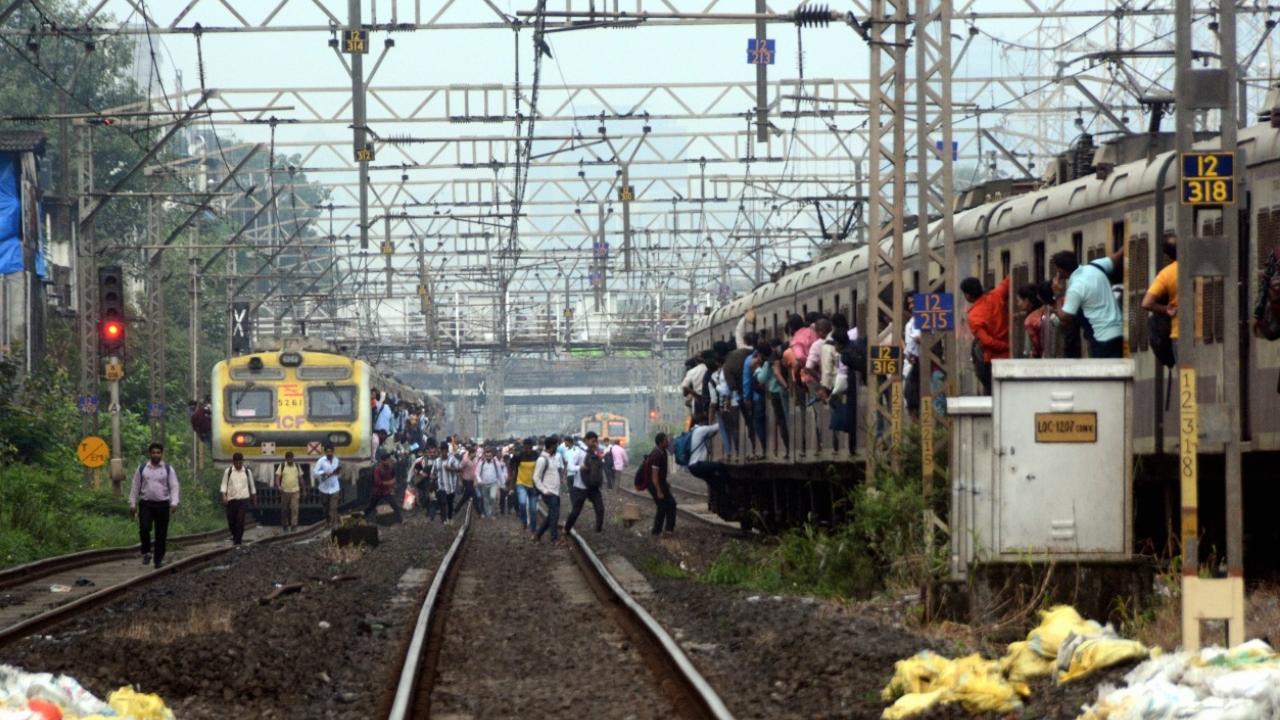 The Central Railway runs 1,810 local train services on the Mumbai suburban network and caters to over 40 lakh passengers daily. It is called a lifeline aptly as before the last local reaches its destination, the first local starts its journey. CR operates on various routes, including the Main Line (CSMT to Kasara/Khopoli), Harbour Line (CSMT to Goregoan/Panvel), Trans-Harbour Line (Vashi-Thane/Panvel) and Bamandongri-Belapur/Seawood line.