As per Brihanmumbai Municipal Corporation, a 58-year-old male suffering from chronic liver disease lost his life, pushing the death toll to 19,663 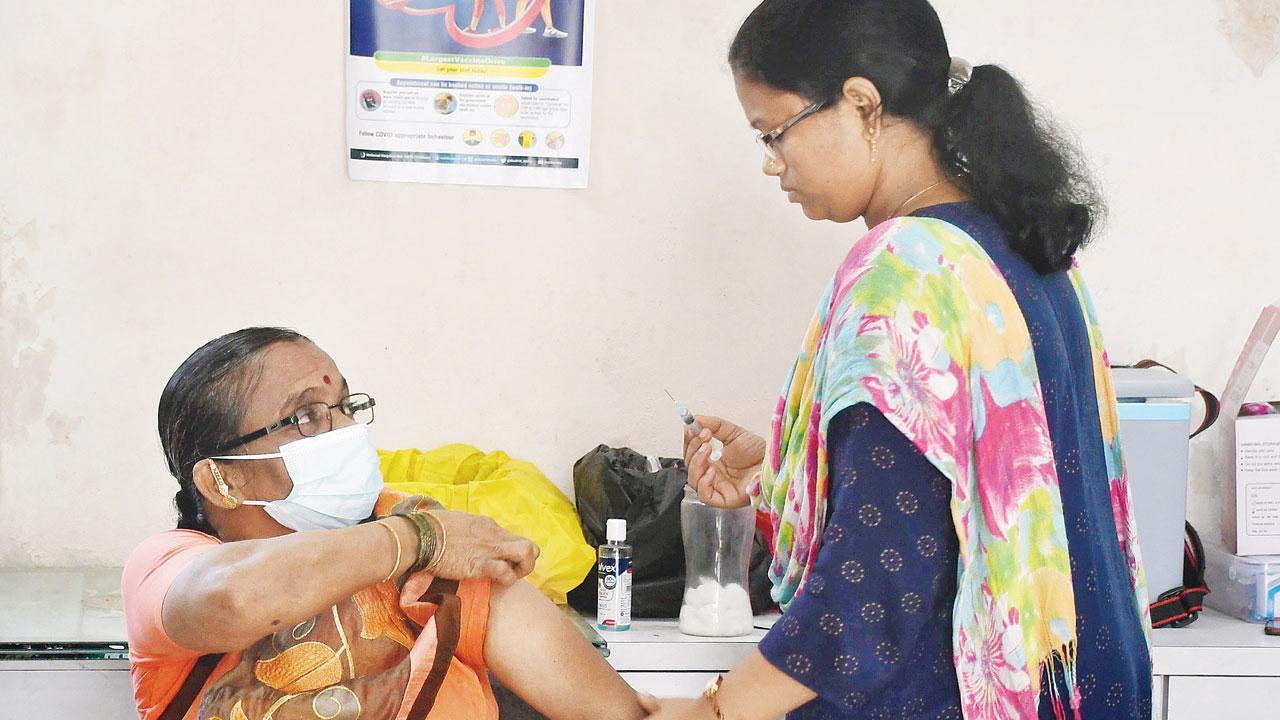 A woman gets a dose of vaccine against Covid-19 during a drive at Veermata Jijabai Bhosale Udyan And Zoo. Pic/Ashish Raje


The Test Positivity Rate (TPR) in Mumbai is going up as it touched 9.45 per cent on Friday. The city has reported 871 new Covid-19 cases from 9,213 samples tested in the past 24 hours. One patient also succumbed to the infection. The case tally of the city now stands at 11,30,839.

Of the new patients, 40 needed hospitalisation including 7 who required oxygen support. The active patient count has reached 4,243, of which 317 patients are undergoing treatment at hospitals including 23 who are on oxygen support.

As per Brihanmumbai Municipal Corporation, a 58-year-old male suffering from chronic liver disease lost his life, pushing the death toll to 19,663. In the past 24 hours, 445 patients in the city recovered from Covid after which the total recovery count reached 11,06,933.

Also Read: Mumbai runs out of gas as CNG supply is hit

On Friday 5 deaths were reported across the state. Apart from 1 death in Mumbai, Solapur reported 2 fatalities while Pune city and Gadchiroli reported one death each. The total death toll stood at 1,48,167 and the fatality rate is 1.83 per cent, as per state health officials.

Of all the new cases in the state, 1,301 were reported in the Mumbai Metropolitan Region (MMR) and 254 from the Pune circle.

1
No of deaths in city on Friday

445
Patients recovered and discharged in city on Friday

Next Story : No calling before 8 am, after 7 pm, RBI tells loan recovery agents