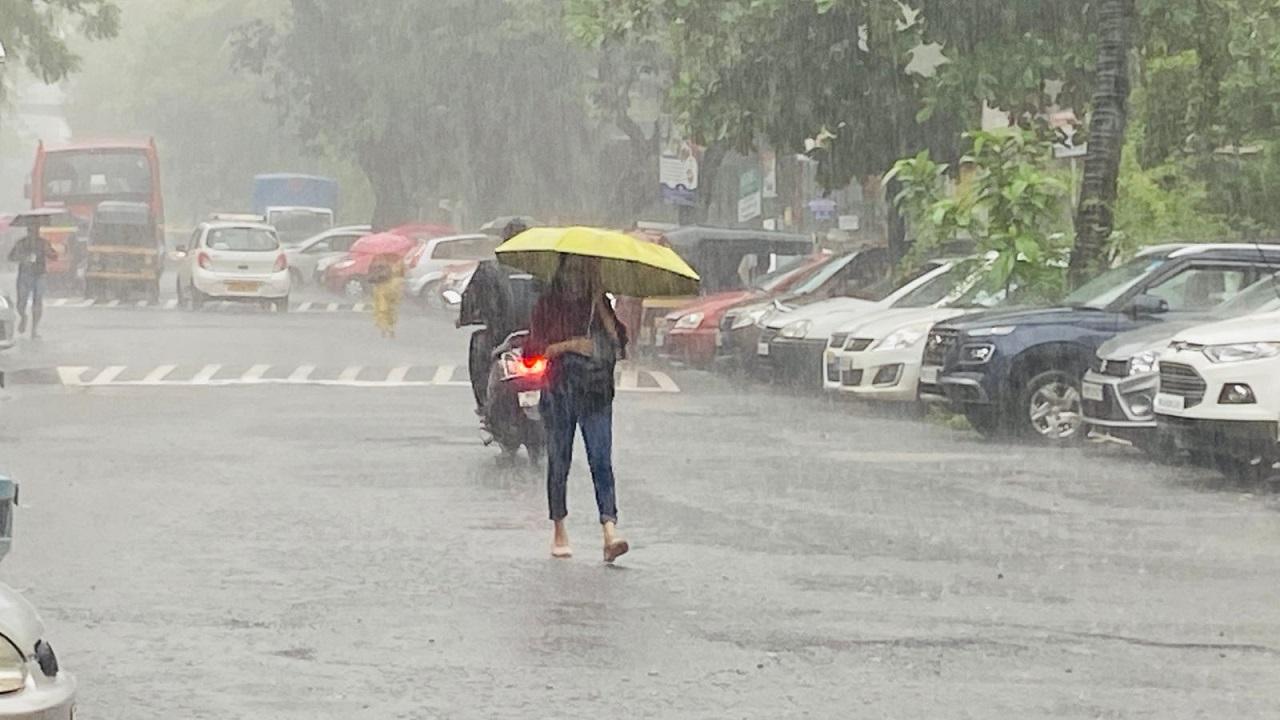 A woman walks with umbrella during heavy rainfall in Sion. Pic/SHADAB KHAN


Heavy rains continued to lash Mumbai and its suburbs on Tuesday leading to waterlogging in many areas of the city.

Roads of Sion, Bandra, King Circle, Matunga and Kurla were flooded with water and people were also seen wading through knee-deep water in Andheri.

The flooding prompted Brihammumbai Electric Supply and Transport undertaking (BEST) to divert bus routes. "Due to water logging at Shell colony Route no. A-357, 355,360 diverted via Dr. Ambedkar Udyan upto Thakkar Bappa colony from 9.30 am. in both directions," BEST tweeted.

Meanwhile, Western Railway and Central Railway have said that despite rainfall trains were running normally with a delay of 5-10 minutes.

The India Meteorological Department (IMD) has predicted moderate to heavy rainfall for Mumbai and its suburbs with possibility of heavy spells at isolated places on Tuesday.

The island city received an average 95.81 mm rainfall in the 24 hour period ending at 8 am on Tuesday, while the eastern and western suburbs recorded 115.09 mm and 116.73 mm rainfall, respectively, during the same period.

Meanwhile, Navi Mumbai has received a total of 680.51 mm rainfall so far this season, as per the data shared by the Navi Mumbai Municipal Corporation (NMMC) on Tuesday.

Thane received an average 146.02 mm rainfall in the 24 hour period ending at 8 am on Tuesday, said Thane Municipal Corporation (TMC).

Next Story : Maharashtra CM Eknath Shinde says he used to meet Devendra Fadnavis when his group MLAs were asleep