Mumbai: With change in govt, what happens to Metro, Coastal Road, Bullet Train?

Mumbai’s key infrastructure projects might be put on the fast track; car depot could go back to Aarey 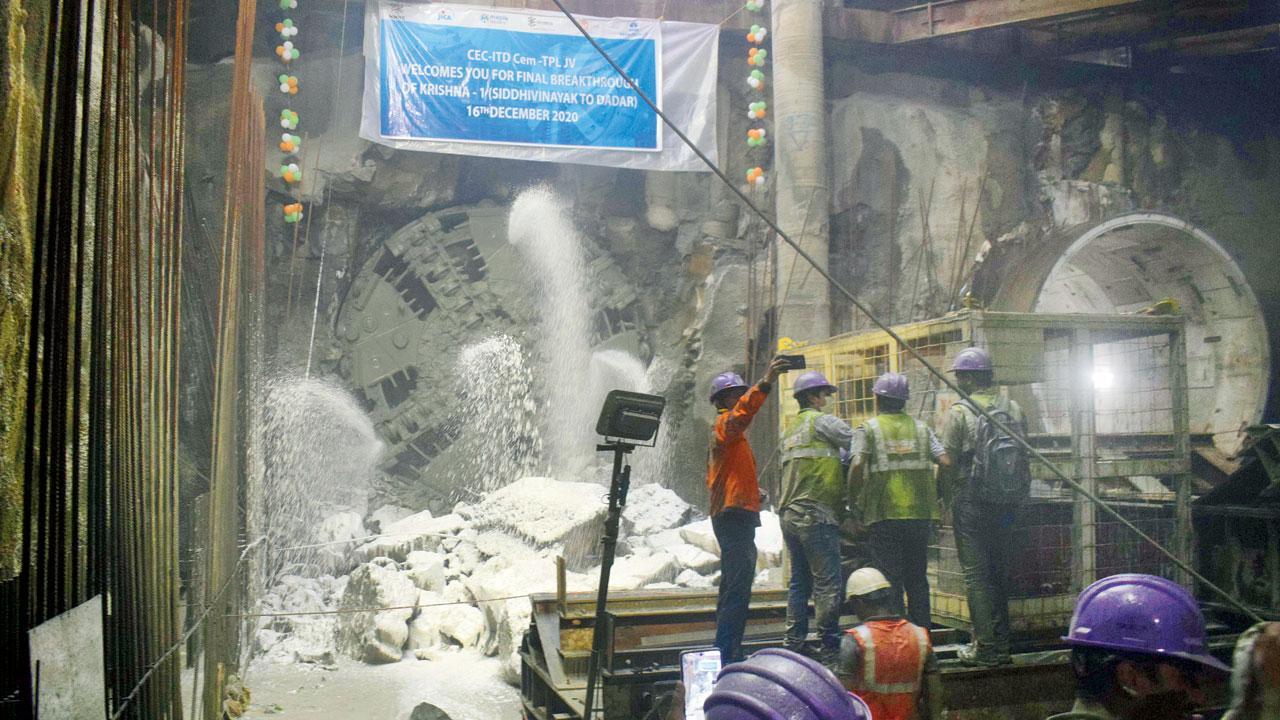 
As the fall of the MVA paved the way for a new government, will work on ongoing projects like Metro lines, Coastal Road, and Bullet Train now speed up? BJP leader and former chief minister Devendra Fadnavis talked about delays in key infrastructure projects over the past two and a half years, as he announced Eknath Shinde’s name as the new CM on Thursday. mid-day takes a look at the status of these projects and what might happen to them.

The underground Metro Line 3, between Colaba and Seepz, has moved to the slow track due to the non-availability of land for a car depot after the facility at Aarey was cancelled. Work on other aspects of the project has been going on. Mumbai Metro Rail Corporation, the nodal agency responsible for the implementation of Metro 3, achieved its 41st breakthrough on June 28 at Mumbai Central Metro Station. Robbins-made tunnel boring machine Tansa-2 completed its downline drive of 832.5 meters from Mahalaxmi Metro Station to Mumbai Central Station in 262 days using 555 concrete rings. 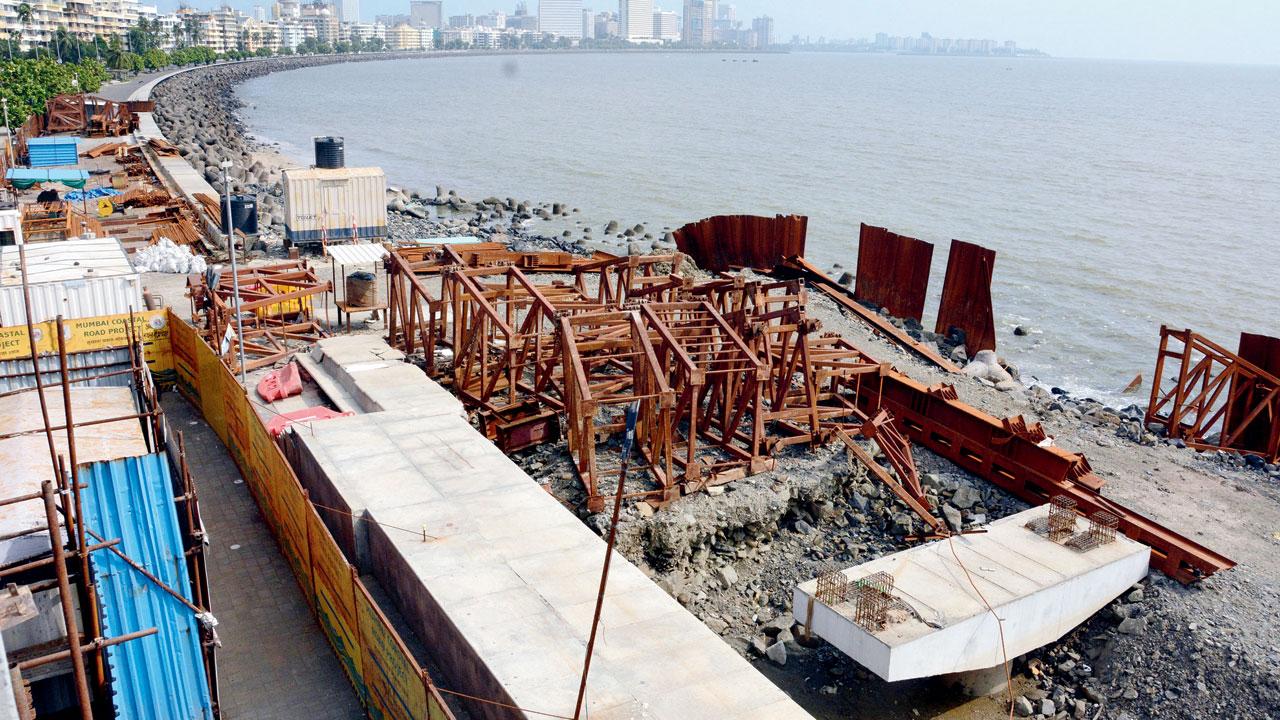 The Coastal Road project site at Marine Lines, on May 22, 2021. Pic/Satej Shinde

“With this breakthrough, we are extremely delighted to announce the completion of the entire downline tunnel of Metro-3 corridor from Colaba to SEEPZ. One more breakthrough is awaiting completion of 100 per cent tunnelling of Line 3,” said SVR Srinivas, metropolitan commissioner, MMRDA and MD of MMRC. The overall tunnelling completed on the corridor is 53.78-km which is approximately 98.6 per cent of the total project.

A government source said, “The new government may undo all the changes brought in by former chief minister Uddhav Thackeray and might decide to resume work at
Aarey, and an IAS officer who was moved out of MMRC might be brought back as its chief.”

Work on the ambitious Mumbai-Ahmedabad Bullet Train project implemented by the National High Speed Rail Corporation has been going on with hiccups on land acquisition in Maharashtra. The 508.17-km corridor, with 12 stations, passes through Gujarat, Dadra and Nagar Haveli and Maharashtra.

Of the 12 stations, eight are in Gujarat and four in Maharashtra. The stations are Vapi, Bilimora, Surat, Bharuch, Vadodara, Anand/Nadiad, Ahmedabad, Sabarmati, Mumbai (BKC), Thane, Virar and Boisar. Works from Vapi to Sabarmati are under various stages of construction, while work on depots at Surat and Sabarmati is also underway, the Maharashtra part of the project has been suffering over land acquisition and forest clearances. Other than Surat and Sabarmati, the corridor will have another depot at Thane.

As per the implementing body, about 98.8 per cent of the land acquisition in Gujarat is over, 100 per cent in Dadra and Nagar Haveli and 71.97 per cent in Maharashtra. Once commissioned, the train will run at speeds up to 320 kmph and cover the distance in 2.5 hours.

BMC officials feel there won’t be any hurdles to the Coastal Road project after the change in the government in the state. “This is an ambitious project for Mumbai and it never had any political controversy. The BJP government at the Centre also helped get permissions for this project,” said a senior civic official requesting anonymity.

Project’s chief engineer Chakradhar Kandkar said, “About 56 per cent of the work has been completed so far. Work on the second tunnel, from Priyadarshani Park to Girgaum Chowpatty, completed 500 metres. The first tunnel of 2.07 km has already been completed.”

Next Story : Flat buyer gets justice 12 years after booking flat in Kalyan