'I am also resigning as a member of Maharashtra Legislative Council,' said Uddhav Thackeray in live broadcast 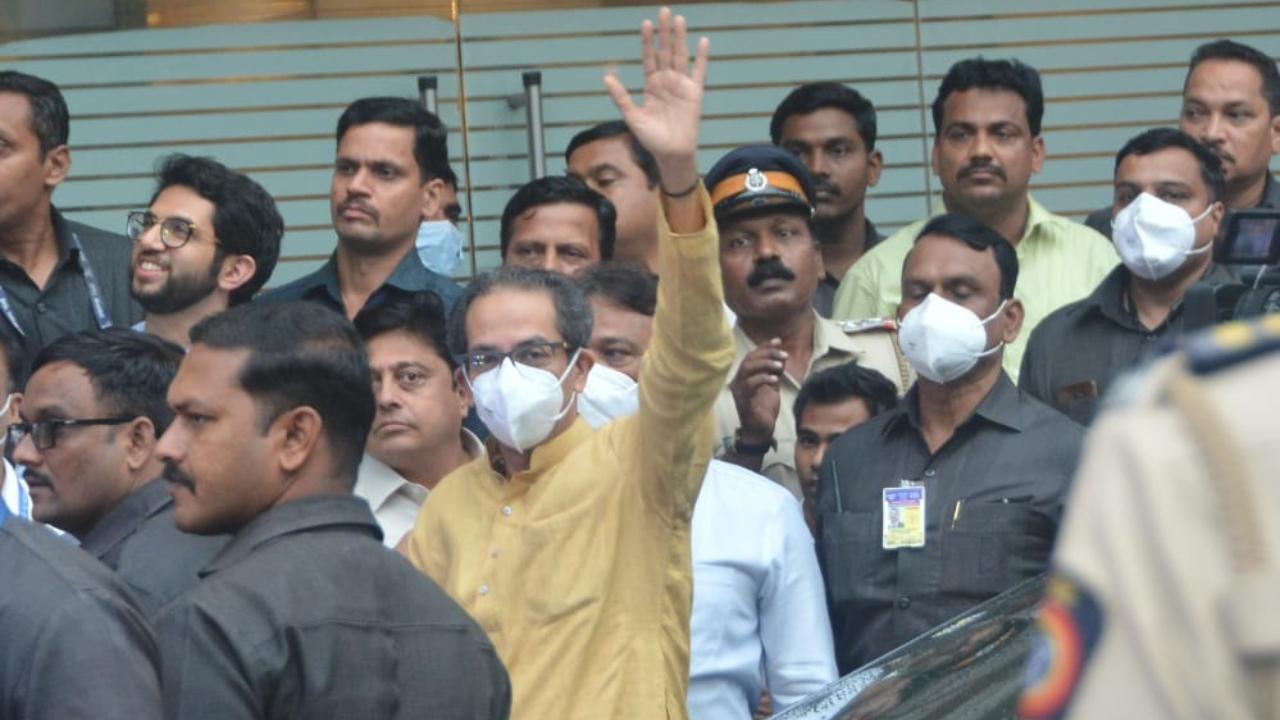 
In a live broadcast, Shiv Sena chief Uddhav Thackeray announced that he is resigning as Maharashtra Chief Minister on Wednesday.

"I am quitting as Maharashtra Chief Minister. I am also resigning as a member of Maharashtra Legislative Council," said Uddhav Thackeray in live broadcast.

His announcement came minutes after the Supreme Court refused to stay Maharashtra Governor's direction to the Uddhav Thackeray-led Maha Vikas Aghadi government to take a floor test in the Assembly on Thursday.

Earlier, vacation bench of Justices Surya Kant and J B Pardiwala of the Supreme Court said it was "not staying the floor test as convened by the Governor" but "tomorrow's proceeding will depend on the final outcome of this petition.'

The Shiv Sena had challenged before the apex court Maharashtra Governor Bhagat Singh Koshyari's order to the Assembly secretary to schedule a floor test on Thursday morning.

Thackeray mentioned that the security has been tightened in Mumbai and Shiv Sainiks have been detained.

"Congress leader Ashok Chavan told me that if the rebels want, Congress would get out of the government and extend outside support. Those who were expected to ditch me, stood by me while my own left me," he said.

Referring to the rebels, he said, "What were your problems? Instead of going to Surat and Guwahati, you could have come to me directly and expressed your views. "

Shiv Sena is a party of common man and has faced several challenges successfully, Uddhav Thackeray said, adding he would rebuild the party.

"I thank Shiv Sainiks for standing by me. Those who grew politically because of Shiv Sena were disgruntled, while those who did not get anything were loyal," he said.