Is there one last masterstroke in the old warhorse, as sources say he hasn’t laid down his sword just yet as far as his party and the MVA’s future is concerned 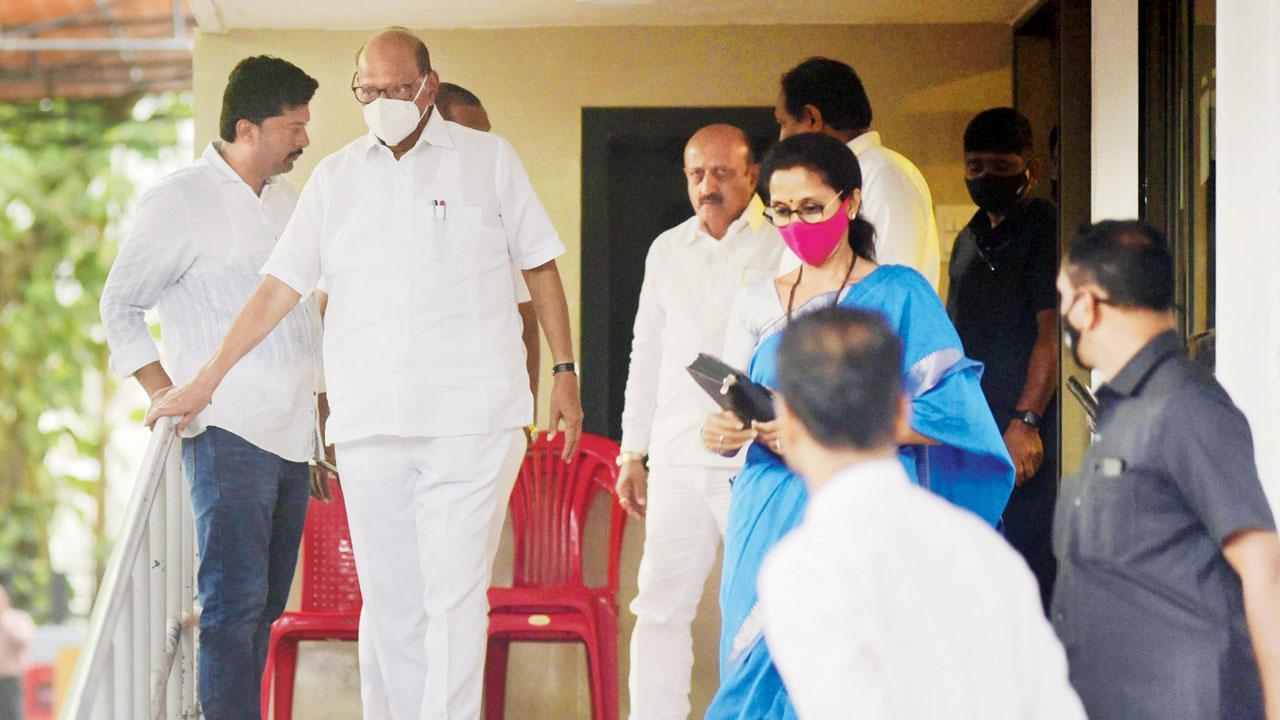 
No politician other than Sharad Pawar knows how rebellion works and how it is tamed because he has done it with perfection in the past, the latest being a revolt by his nephew Ajit Pawar in 2019. Pawar himself had become the Maharashtra CM by toppling the then government. While it’s baffling that he appears to have adopted a hands-off approach to the present crisis, sources say he hasn’t laid down his sword just yet as far as his party and the MVA’s future are concerned.

Pawar was responsible for Chhagan Bhujbal’s dramatic defection from the Sena to the Congress in 1991. Later, he split the Congress in 1999 forming his own party. Pawar’s reputation precedes him. Political circles love to find his ‘unseen’ role in whatever unexpected happens.

Pawar, who stitched the MVA together to keep the BJP out even while Ajit joined Devendra Fadnavis in the interim and returned when his uncle managed to pull the MLAs on his side, shifted the responsibility to CM Uddhav Thackeray, calling it an internal matter of the Sena.  He shot back at reporters when he was asked whether the NCP would collaborate with the BJP if the government falls. He said the NCP would rather sit in the opposition. 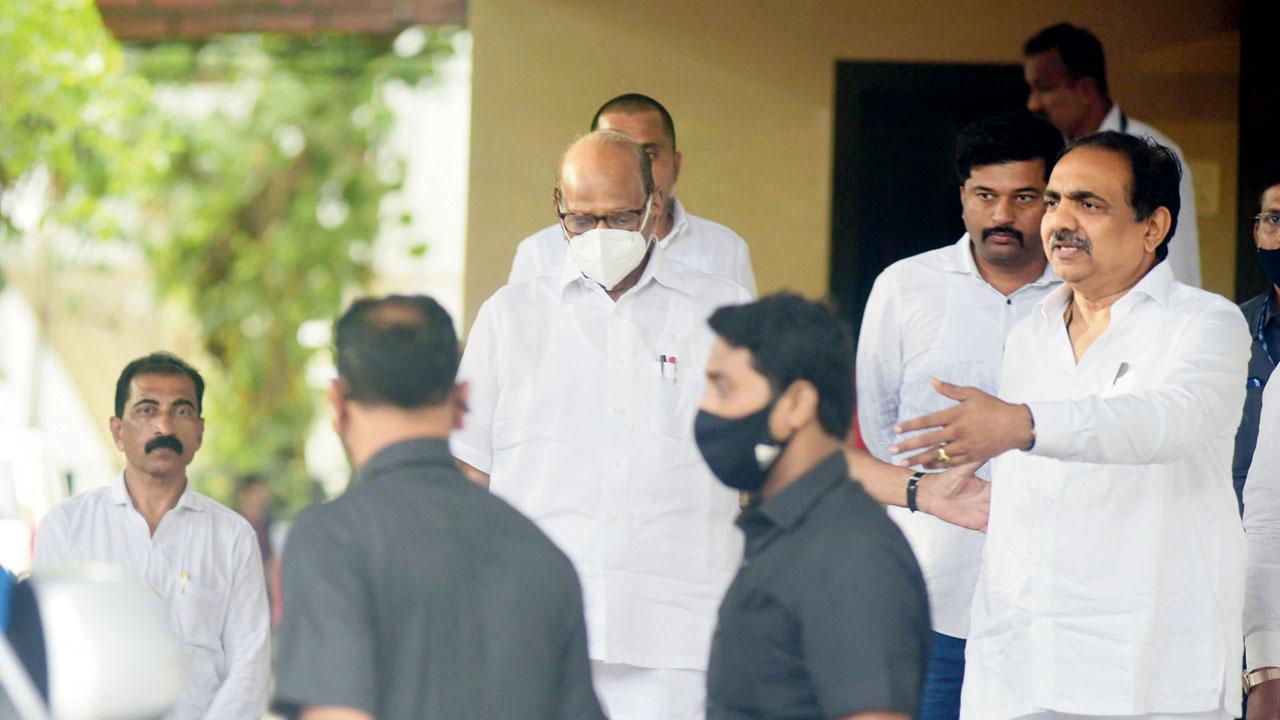 Sharad Pawar in city on Wednesday. Earlier, he had shot back at reporters when he was asked if NCP would collaborate with BJP if the government falls. Pic/Atul Kamble

It was apparent from Pawar and his party’s inert reactions that they have left it entirely to Thackeray but kept the CM’s morale high by pledging unconditional support, despite the fact that the Sena rebels have attributed their resentment to the NCP’s discriminatory approach towards them and the dominance over their party leader who was made the CM at the behest of Pawar and the Congress.

Sources said it is not that Pawar didn’t have an idea of what was happening in the Sena and who other than Shinde was behind it. Following the Sena’s loss in the Rajya Sabha elections, his reaction spoke a lot. A statement that many took as an appreciation of Devendra Fadnavis’s election skills was actually a left-handed compliment to the ex-CM. “Fadnavis has brought people on his side using ‘various ways’”, said Pawar. Pawar’s understanding was reflected in the MLC polls that proved to be a trigger for Shinde’s revolt, which not many believe was a knee-jerk reaction to the developments during the MLC polls. A precise strategy has preceded the take-off.

Perhaps Pawar knows how the game will finish, but hasn’t put his swords down as far as his party and the MVA’s future is concerned. His guiding spirit was expected to enlighten Thackeray soon after the CM said he was ready to quit if any of the rebels told him in his face that he was unfit to be a CM. People say Pawar knew Shinde was a weak link in the Sena. He has ensured that a weaker link in his own party, Ajit Pawar, wasn’t allowed to up his ante again. Obviously, he wants Thackeray to handle the crisis.

Next Story : Does Eknath Shinde really have it in him to run Shiv Sena?