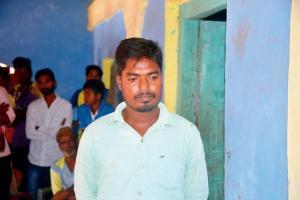 
The supply inspector in Jawhar Taluka has submitted his findings before the tehsil office in connection with the irregularities of ration distribution in Kayari village of Palghar district, which mid-day highlighted last week. The day (July 17) mid-day published the investigative story, 'Web of Deceit', government officials in Palghar district visited the village. Sub-Divisional Magistrate Prajit Nair also paid a visit after this paper's report.

On Friday, Supply Inspector Santosh Madhukar Randive and his team members met the villagers, and learnt about the irregularities in distribution of ration, which the government has prescribed for distribution among the tribals at a subsidised rate under the National Food Security Act, 2013.

Randive was told that Dnyaneshwar Potinda, the ration shop owner, took money from residents Yashwant Raghu Potinda and Davalu Pandu Fasale to get their Priority House Hold (PHH) cards made. 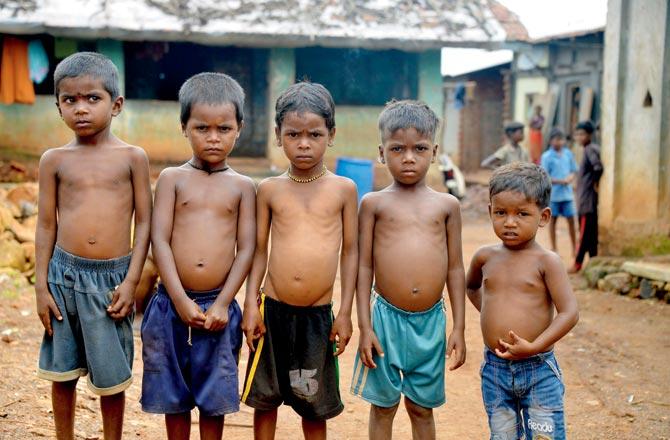 Some of the malnourished children in Jawhar

"Yashwant Raghu Potinda and Davalu Pandu Fasale, in their statements, have told the supply inspector that Dnyaneshwar took money to get their cards made. Also, Dnyaneshwar was giving them less quantity of ration than they are entitled to. The villagers were not given ration in July but the online entry has been made," said an official.

Finding about ration shop
Randive told mid-day he learnt that the ration shop is registered in the name of Sumitra Davare and Dnyaneshwar is her son-in-law. "I checked the ration shop and found no register was being maintained. When I asked Davare how Dnyaneshwar was running the shop, she said she doesn't know anything. There was no diary entry of ration distribution but the online entry was properly made," said Randive, who has submitted his report before the tehsil office to cancel the licence of the shop.
Dnyaneshwar has confessed before the government officials to have taken money from the villagers to get their PHH cards made.

Villagers complain
Yashwant Raghu Potinda said, "Dnyaneshwar demanded R500 for making a PHH card but he has not given me the card yet." 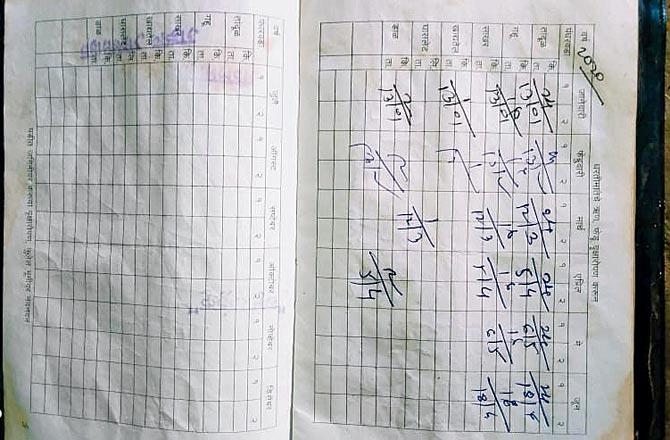 A Jawhar resident's PHH ration card shows no entry for July, while the government website is updated

Fasale said, "He took R1,000 last year from me to get my PHH card made. He had assured me he would give the card in two months but even after taking money, he has not given me the card till date."

"The supply inspector has submitted his findings before Tahsil office and now it is waiting for the approval of District Supply Officer Sanjay Ahire. Then again, the file will come to Tahsil office and at last it will reach the supply inspector, who will approach the police to register the case. This is a lengthy procedure. Our case must be heard on priority basis because it is related to ration. People are suffering, the officials must act fast to give us relief," said Ganesh Krishna Potinda, a villager.

An IAS officer told mid-day that a case will soon be registered against the ration shop owner at Jawhar police station.

The villagers also complained to officials about the little nutritious food being given to children, pregnant women and new mothers. "After the story was published in mid-day, the government machinery reached Kayari. They had never visited us to see our condition. Just a day after the media report, the women and children were given enough eggs and nutritious food. I hope this trend continues," said Arun Bhoye, a villager.