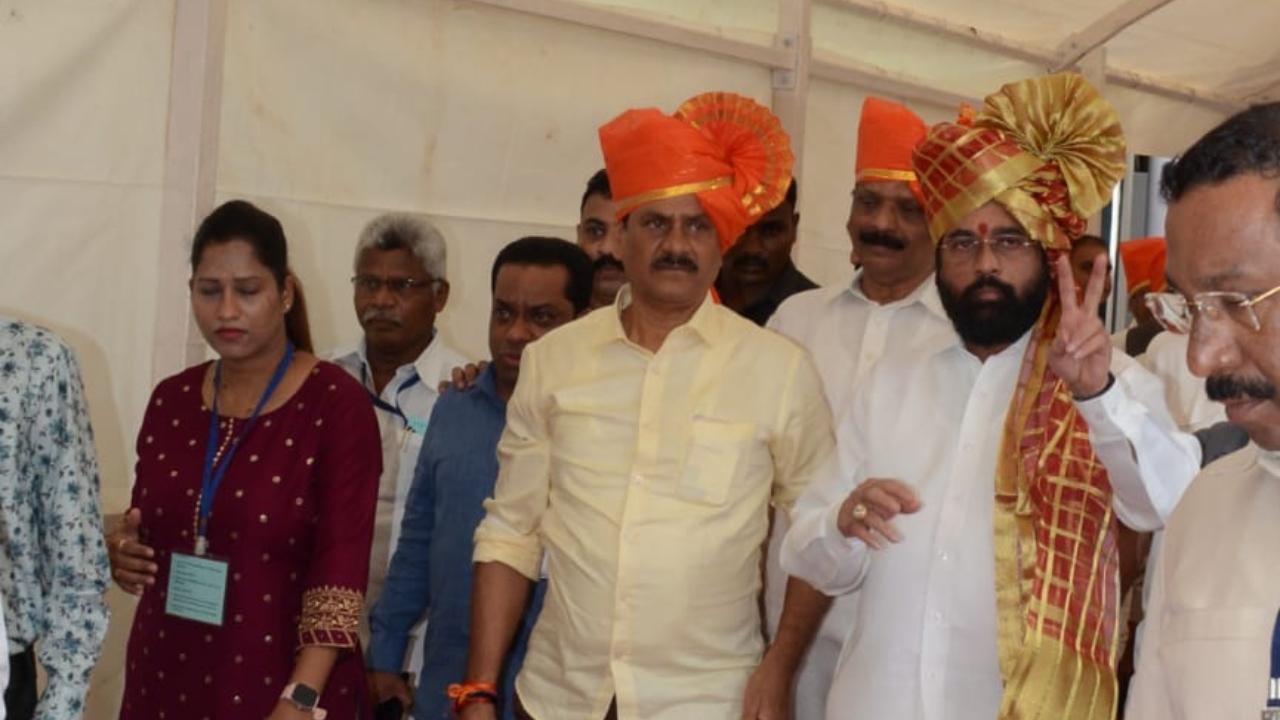 
Eknath Shinde, while making his first address on the Floor of the Maharashtra Assembly as a Chief Minister on Sunday, said that the decision of Prime Minister Narendra Modi and Union Home Minister Amit Shah to let him lead the government despite having more members than his side has "opened the eyes of many".

He also said that after the collapse of the Maha Vikas Aghadi (MVA) government in the state, a "BJP-Shiv Sena government" has taken charge which is based on the beliefs of party founder Balasaheb Thackeray.

The remarks of the Chief Minister came soon after BJP candidate Rahul Narwekar was elected as the Speaker of the House with 164 votes in support and 107 against him.

"Everyone knows that Devendra Fadnavis had 115 members with him. I had only 50. Still, he, PM Modi and Home Minister Amit Shah made me CM despite having numbers with them..this decision of the BJP has opened the eyes of many," he said.

"Now a BJP-Shiv Sena government has taken charge, based on the beliefs of Balasaheb Thackeray. Till date, we had seen that people change sides from Opposition to the government but this time leaders of government went to the Opposition," Shinde added.

The new chief minister who, as a Shiv Sena leader led the revolt against party chief Uddhav Thackeray along with other supporting MLAs, said that it was a "huge thing" for a "common worker" like him to leave the government being a minister.

"I myself was a minister, several other ministers too left the Government. This was a huge thing for a common worker like me who was devoted to the ideology of Balasaheb Thackeray and Anand Dighe," he said.

Meanwhile, Devendra Fadnavis who was addressing the House for the first time as a Deputy Chief Minister said that the BJP-Shiv Sena alliance will try to fulfil the aspirations of the state.

"This government of BJP-Shiv Sena alliance, under the leadership of Eknath Shinde, will try to fulfil all the aspirations of Maharashtra and we hope that you (Speaker) will give a good co-operation for the same," Fadnavis said.

Earlier today, Samajwadi Party (SP) abstained from voting against the BJP candidate. Both its MLAs Abu Azmi and Raees Shaikh kept sitting during the head count.

A total of three MLAs abstained from voting in the Assembly including AIMIM's Shah Farukh Anwar, SP's two MLAs while one AIMIM MLA was absent from the House.

In the two-day special session of the Assembly beginning Sunday, the Shinde-Fadnavis government will have to prove its majority on the Floor of the House on Monday in Vote of Confidence.

The post of the Speaker went vacant in the Assembly after Congress' Nana Patole resigned from the office in February 2021, to take guard as the party's state unit chief. In the absence of a Speaker, Deputy Speaker Narhari Zirwal was playing the part of an acting Speaker in the House.